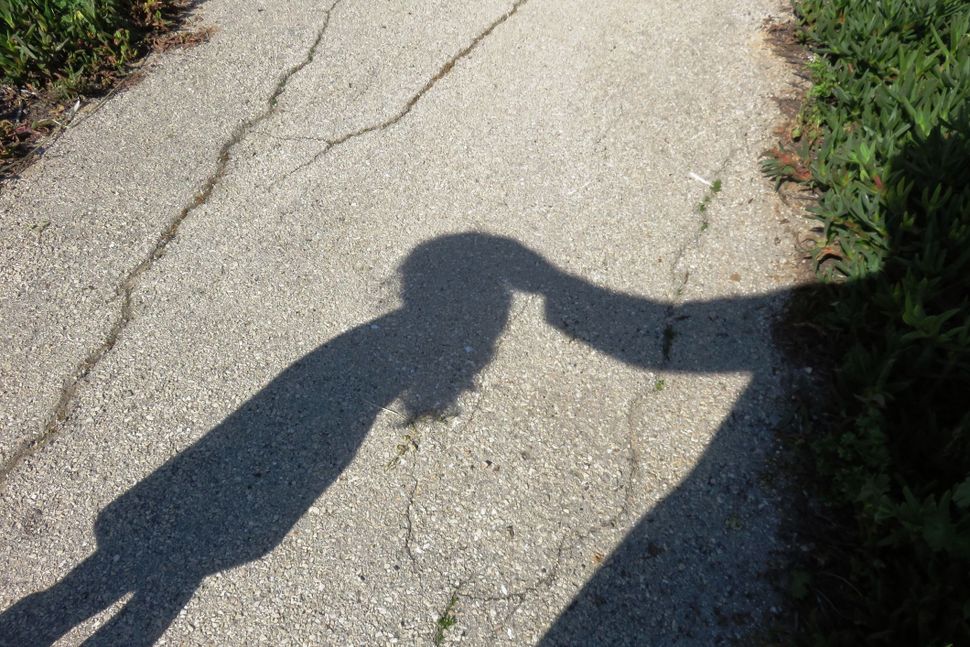 When the #MeToo movement began, I watched, stunned. While in despair to learn of so many high profile predators using their power to intimidate and abuse women, I was also exhilarated; finally the world was opening its blind eye. Maybe my daughters will be able call out men who try to sexually intimidate them, and be believed.

But there was also a place inside me that could not feel anything, an empty place with no words, and no sound. A place I inhabited when I was a child, alone, trapped with a terrible secret, with no solution I could see, for getting out.

When I was 13 and 14 years old, a student rabbi in my community repeatedly molested me. He told me that if I told, no one would believe me and I would be blamed. And he was right. When I did tell, I was blamed. The well-meaning adults in my world were not attuned to the signs of sexual abuse, and did not know how to respond.

Tragically, the number of children who are at this moment, living through the imprisonment of child sexual abuse I did, is staggering. According to the Rape, Abuse & Incest National Network, every eight minutes, Child Protective Services substantiates or finds evidence for a claim of child sexual abuse.

That is one hundred and eighty times a day.

Worse still, many cases of sex abuse are unreported, meaning this astronomical number is just a drop in the bucket; the scope of this problem is astounding. Meanwhile, groundbreaking studies of Adverse Childhood Experiences (ACEs) show the lifelong deleterious health effects on children who have endured physical, emotional and sexual abuse.

MeToo has taught us the importance of listening to adult survivors. Now we must apply the same principle to children when they disclose abuse.

Survivors of Larry Nassar’s abuses, as far back at 1997, and as young as six years old, were speaking out to their coaches and parents. These girls’ reports were often viewed with skepticism. Some were even forced to recant their claims. Nassar was able to convince entire communities that his “treatments” were legitimate medical procedures. Meanwhile, he continued to abuse, as many adults encouraged these brave youth to “keep quiet”.

Children are most vulnerable to collusion by onlookers who should be interrupting abuse, the kind of collusion that led to the Harvey Weinsteins of the adult world. For children, these colluders are often well-meaning adults who are blind-sided by the charisma of predators who “groom” children, and indeed entire families, organizations, and communities.

In our Jewish communities, this results in adults who fiercely stand behind rabbis, teachers and spiritual leaders who have groomed them, sacrificing children’s safety.

In just the most recent example, it was not until the day an investigative report detailing allegations of sexual and physical abuse was published that a Baltimore Modern Orthodox day school terminated the alleged abuser, a teacher on their staff.

When I read that report, that soundless place inside me began to erupt with indignation. Perhaps it is easier to cast doubt on three children’s stories than to fire a rabbi. After all, it’s painful to believe that the man you have had coffee with in the teacher’s lounge, who told you beautiful lessons of Torah or prayed alongside you in synagogue has also sexually abused a child. This cognitive dissonance is what puts Jewish institutions at risk for harboring child sex abusers well beyond a time when suspicions should be heeded.

I received a similar response in 2004 when, as an adult survivor, I spoke out about the sexual abuse I endured starting at age 13. Back then, survivors speaking out about sexual abuse were often doubted, and their abusers’ denials believed. A chorus of world renowned and beloved Jewish leaders from across the religious spectrum rallied around my abuser, defending him and claiming, even with mine and other’s testimonies in hand, that he had done nothing wrong. (Editor’s note: He responded in an opinion piece in the Forward to her allegations.)

The #MeToo movement has encouraged us to look at allegations of sexual assault through a very different lens. I would like to think that thanks to #MeToo, leaders will no longer protect alleged abusers at the expense of survivors.

However, for New York’s adult survivors disclosing about abuse they experienced as children, justice is still in the balance. New York’s statute of limitations for the reporting of child sex abuse (before the survivor turns 23), among the worst in the country, protects predators and endangers children. It is time for our lawmakers to finally pass the Child Victims Act, like so many other states that have extended or eliminated the statue of limitation for the reporting of these crimes.

Additionally, adults within our communities must take action to ensure safe environments for children. All Jewish organizations, youth groups, camps and schools must have guidelines in place for the prevention and management of sexual abuse cases. On their website, Kol v’Oz offers sample guidelines for camps, male mikvahs (ritual baths) and synagogues during the High Holidays. These protocols are designed to keep children safe from sexual abuse in these locations, so that they can happily enjoy Jewish rituals and programming without harm.

If child sexual abuse is suspected, allegations should not be dealt with internally, but handed to professional investigators who have been trained to assess these reports. There also must be accessible support services for the families that do report, to help them manage possible backlash from their communities. Institutional Abuse in the Jewish community by Shira Berkovits Esq., Ph.D., sheds light on trends of communal response to sex abuse or misconduct in Jewish communities. Her initiative, Sacred Spaces focused on community education, advocacy and prevention of abuse, offers an exciting step in a positive direction on all of these accounts.

This is just a beginning. Jewish institutions should be running workshops for parents, educators and community members, as well as for children, on the mechanisms and prevention of child sexual abuse. The more visible community guidelines and programming become, the more child predators will understand that those behaviors are not welcomed in our communities, and people who want to harm children will be much less able to get away with doing so.

Perhaps if such programming had been in place when I was a child, the abuse I suffered would never have happened. #MeToo has given a voice to thousands of survivors who were previously silent. Now let’s do the same for children, and those who could protect them.

Sara Kabakov is an RN, a preschool director, an activist for the Child Victims Act, and a trainer for the Enough Abuse Campaign. She lives with her family in Ithaca, NY. Follow her on Twitter @SaraKabakov.