Seriously, Women’s March – Farrakhan Is OK But The ADL Is Treyf? 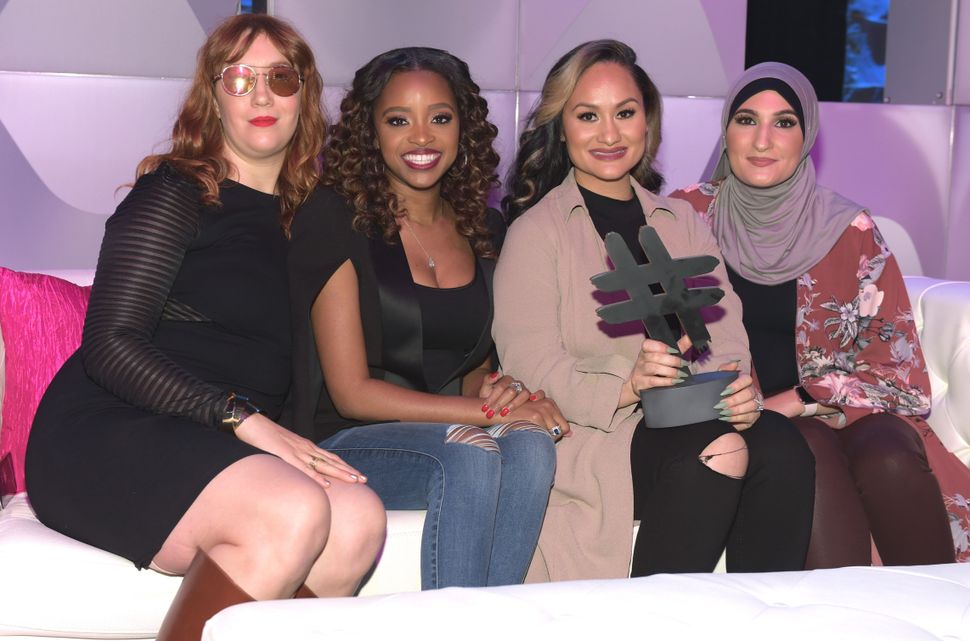 After two African-Americans were recently arrested at a Starbucks café for failing to make an order while they were waiting for a friend, the company tried to make amends by announcing that it will provide anti-bias training to all its employees.

But that was not quite good enough for Women’s March co-chair Tamika Mallory, who took to social media to complain that Starbucks “is NOT serious about doing right by BLACK people” because the company “enlisted the Anti-Defamation League to build their anti-bias training” even though the ADL “is CONSTANTLY attacking black and brown people.”

And it seems they got their wish. The ADL has been dropped from Starbucks’ lineup for organizations helping lead the anti-bias training. It’s a shame.

Anyone who is serious about the fight against anti-Semitism could be tempted to wonder if Mallory is intent on showing that you can warmly embrace veteran Jew-hater Louis Farrakhan while bashing the Anti-Defamation League and still claim to stand for progressive anti-racism.

Just a few weeks ago, Mallory’s conduct forced the Women’s March to release a statement about its supposedly staunch opposition against all forms of racism. To be sure, doubts about the seriousness of the movement’s commitment to anti-racism were justified ever since I showed a year ago that three of the most prominent organizers of the Women’s March —- Tamika Mallory, Linda Sarsour and Carmen Perez –- were ardent admirers of Louis Farrakhan, whom the ADL has described as “the leading anti-Semite in America.”

But mounting scrutiny of ties between the Women’s March co-chairs and Farrakhan didn’t prevent Tamika Mallory from shrugging off recent criticism after she shared an Instagram post from the Nation of Islam’s (NOI) Saviours’ Day gathering in February. Proclaiming her “truth” about Farrakhan and his NOI, Mallory passionately defended her decades-long attendance of this annual event where audiences of thousands are regularly exposed to Farrakhan’s vile fantasies about Jewish evil.

Given Mallory’s reluctance to clearly denounce Farrakhan and his organization for promoting anti-Jewish bigotry, it’s hardly surprising that she has now made clear that she doesn’t think much of America’s oldest Jewish group devoted to fighting anti-Semitism and other forms of racism.

Mallory claimed that her objections were based on her understanding that the “ADL sends US police to Israel to learn their military practices.” She added: “This is deeply troubling. Let’s not even talk abt their attacks against [email protected]” Mallory also asserted that the ADL honored the police department responsible for the deadly shooting of Michael Brown, hinting darkly: “You might think these things are disconnected but we know better.”

Even though many pointed out that her claim was absolutely false, she has not withdrawn or corrected her statement at the time of this writing –- which is arguably a good demonstration that the efforts by Jewish Voice for Peace to tar the ADL as engaging in a sinister “Deadly Exchange” program are indeed anti-Semitic.

But it would be wrong to think that Mallory’s astonishing effort to malign the ADL simply reflects supposedly “progressive” campaigns against the organization, or that it is just a cynical attempt to take revenge for the ADL’s harsh condemnations of Farrakhan and his NOI. The fact of the matter is that Mallory’s fellow Women’s March co-chair Linda Sarsour has advertised her intense dislike of the ADL for years on social media.

One example that shows how much Sarsour detests the ADL is her cool reaction when the organization’s CEO Jonathan Greenblatt pledged in November 2016 that he would register as a Muslim if Donald Trump created the kind of national database he promised during his campaign. Sarsour remained unmoved by this show of solidarity and accused the ADL of using the “Muslim registry as a PR stunt,” while they were “going after Keith Ellison,” whom Sarsour described as “a great public servant & a Muslim.”

The fact that Ellison has been repeatedly criticized for his ties with Farrakhan is obviously not an issue that would bother Sarsour given that she herself has expressed only praise for NOI.

More recently, Sarsour took issue with the ADL’s criticism of Hamas’s role in the Gaza protests. She accused the ADL of “dust[ing] off their favorite playbook ‘ways to justify murder’” and declared her disapproval of “liberals who work with them or who quote their statistics and research.” She also explained: “I definitely don’t care for Muslim American organizations who choose to work with ADL, an organization that has always been clearly anti-Arab, anti-Palestinian and has worked to undermine our communities for decades.”

So it seems that Sarsour is willing to spurn potential allies –- even Muslim organizations in the US –- in order to enforce a boycott of America’s oldest Jewish group devoted to fighting racism.

It was therefore no surprise that Sarsour now signaled her full support for Mallory’s efforts to denigrate the ADL’s participation in Starbuck’s planned anti-bias training. Addressing her almost 200,000 Facebook followers, Sarsour declared: “Starbucks almost had me on their anti-bias training for all employees UNTIL I heard ADL was enlisted as one of the orgs to build their anti-bias curriculum. An anti-Arab, anti-Palestinian organization that peddles islamophobia and attacks America’s prominent Muslim orgs and activists and supports/sponsors US law enforcement agents to travel and get trained by Israeli military.”

To accuse a Jewish group whose CEO vowed to register as a Muslim in order to oppose anti-Muslim bigotry of “islamophobia” reflects some truly myopic fanaticism. Anyone who ever touted Linda Sarsour as a progressive ally in the fight against anti-Semitism should hang their head in shame.

The Women’s March should also be deeply embarrassed. Sarsour and Mallory may have somewhat different motives for attacking the ADL, but they both seem intent to exploit the clout they have gained as leaders of the Women’s March to malign a more than a century-old widely respected Jewish group.

So a year after we debated if people who believe that the world’s only Jewish state has a right to exist are welcome in the Women’s March, we know that they are most definitely not welcome, not even when they have as long a record of fighting bigotry as the ADL has.

On the other hand, people who embrace America’s “leading anti-Semite” will be celebrated as intrepid leaders of the Women’s March, and many of their admirers will join them in their efforts to turn the ADL into the despicable Jew of America’s rights’ advocacy groups.

This story has been updated to reflect developments.

Seriously, Women’s March – Farrakhan Is OK But The ADL Is Treyf?