Readers Flock To Stories About Natalie Portman, A Rorschach Test For How To Criticize Israel 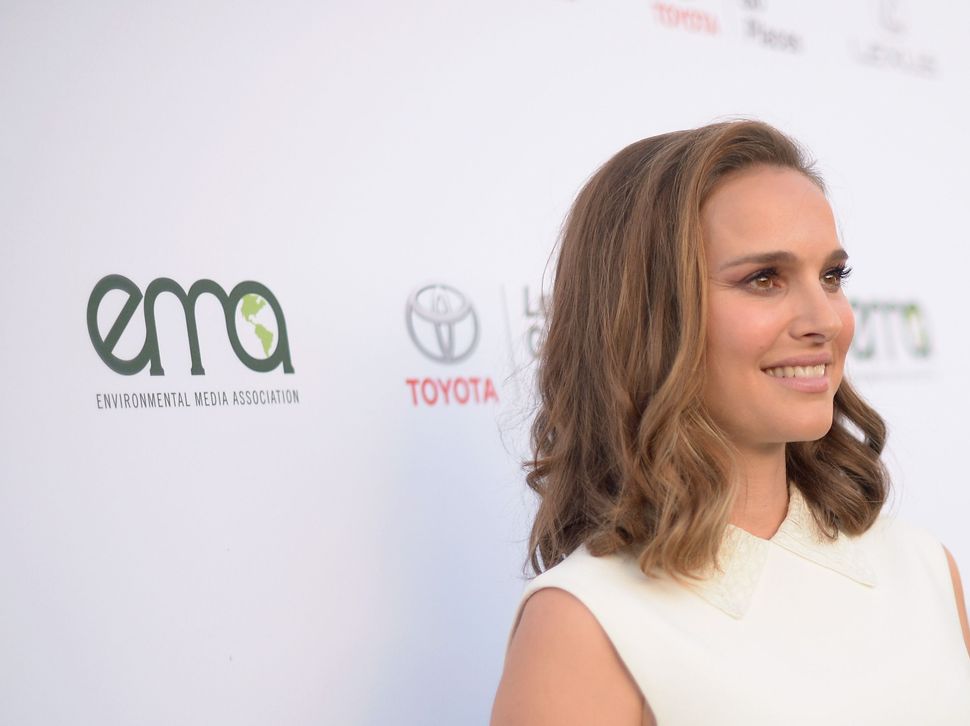 Ever since the news broke Thursday night, the Forward’s coverage of Natalie Portman’s decision not to accept the Genesis Prize in Jerusalem didn’t just hit a nerve. It lit up the whole body.

Weekend traffic to our website was the highest in a year, with both news stories and opinion pieces attracting readers, while the number of new subscriptions surged, and the story is not over yet.

Clearly, the fact that an Oscar-winning actress starred in this drama gives it a certain pizzazz, but the emotional core of the story goes deeper than infatuation with a Hollywood darling who, as an Israeli-American, identifies as one of us. Portman’s surprising decision to back out of accepting the prize, and the $2 million in philanthropic dollars that came with it, serves as a sort of Rorschach test of American Jews’ complex attitudes hold toward criticizing the Israeli government and helping to bring about change in Israel.

To unpack this, I’m going to dismiss the over-the-top statements from some Israeli politicians, whose sense of rejection was palpable. I understand why they would be offended that Portman — who agreed to receive the award last November — now says she won’t appear on stage with Prime Minister Benjamin Netanyahu, but they dismiss her underlying sentiments too blithely. It’s clear her criticism of Netanyahu and of recent Israeli conduct resonates with a growing number of American Jews.

No, the question here is whether staying home in protest is the right course, or whether it would be more effective to confront and support change in Israel.

By embracing a boycott of the ceremony — though, she insists, not a total boycott of Israel — Portman gave strength and succor to a growing movement of American Jews, particularly young ones, who insist that isolating Israel is the moral method of bringing about the end of half century of occupation of Palestinian land and people. Boycotts have a proud history, and it’s possible this tactic will, in the end, lead to the creation of the independent state that Palestinians deserve.

But isolation can also lead to demonization, which is the stance taken by some who favor the movement to boycott, divest from and sanction Israel. Or isolation can lead to disengagement, an apathetic turning away, which in my view is just as dangerous.

That is why I argued here that it would have been far more effective and courageous for Portman to climb the stage, accept the award, and speak truth to power. Or tour the country afterwards in support of the groups within Israel who are trying mightily to shift the status quo, to pursue an end to occupation, to promote social justice and human rights — and who are too often ignored or minimized by Americans Jews.

Imagine how powerful it would be for a star like Portman to deliver that message.

Most of us don’t approach that level of celebrity, but the quandary here is relevant. As American Jews become increasingly critical of the Israeli government — for its treatment of Palestinians, asylum refugees, Gaza protestors and so much more — we must decide whether to boycott or engage, turn away or support those in Israel who are upholding these key Jewish values using their own language.

Our ongoing coverage of the Natalie Portman story is collected here and will be updated as events evolve.

What else I’m writing. As Israel begins its 70th birthday celebration, culminating on May 14, I thought it was time to reassess the relationship between this maturing nation and the American Diaspora. “We need a new vernacular,” I argued in this column, one that reflects a more egalitarian relationship.” Please do read and respond to JaneEisnerEIC@forward.com.

And keep up with all our news stories, features and opinion pieces at Israel at 70.

What else I’m reading. For a more comprehensive consideration of events in the Middle East, I recommend Martin Indyk’s analysis in The Atlantic, in which he posits that the Trump administration is indeed developing its own doctrine — one that gives America an ever-diminishing role, leaving a potentially dangerous vacuum of leadership in a volatile region.

And if Israeli President Reuven Rivlin can wish the Duke and Duchess of Cambridge “mazal tov” on the birth today of their third child, well then so can I. As a mother of three, I well know the joys and tribulations of being in a family where children outnumber adults — though I suspect that the royal couple has a bit more household help than we did!

Looking forward. Speaking of England, that’s where I’m headed later this week, for a brief trip with my sister to explore the place where our late mother was born and raised. Since I will still be traveling next Monday, Jane Looking Forward will not appear. But I will be back in New York in time to moderate what I know will be a fascinating conversation on May 1 with the producers of a new documentary about Ruth Bader Ginsburg. To keep up with this and other appearances by Forward staff, visit this events page, updated regularly!

Readers Flock To Stories About Natalie Portman, A Rorschach Test For How To Criticize Israel