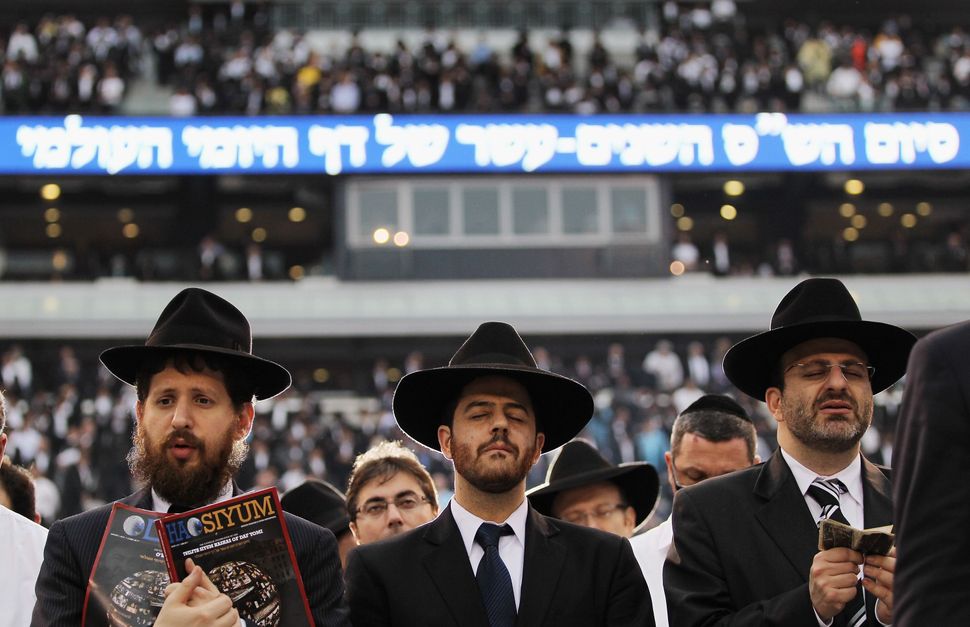 Over the past month, the New Jersey Supreme Court has twice waded into the treacherous waters of church-state relations, attempting to provide some guidance as to when religious institutions can be excluded from government funding programs. At stake is a clash between deep-seated American constitutional commitments—a battle ultimately between the constitutional value of church-state separation, on the one hand, and the constitutional prohibition against singling-out religious individuals and institutions for worse treatment on the other.

Figuring out whether a particular exclusion of a religious institution from government funding is permitted by the First Amendment or not has proven quite a difficult needle to thread. In its 2004 decision in Locke v. Davey, the Supreme Court allowed the State of Washington to exclude students pursuing degrees in “devotional theology” from a scholarship program for students attending post-secondary schools. The Court’s argument largely focused on the long-standing historical commitment of many states, dating back to America’s founding, of prohibiting tax dollars from being used to support the ministry. Thus, Washington state was permitted—although not required—to exclude students pursuing degrees in devotional theology from the scholarship program.

By contrast, just last year, the Supreme Court rejected Missouri’s attempt to exclude a church-run school from a government program providing grants to non-profits for using recycled tires in construction or renovation projects. Trinity Lutheran Church had secured such a grant in principle, but was rejected from the program because of a state constitutional provision that prohibited providing any funds “directly or indirectly” to any religious institution. Here, the Supreme Court held that excluding a religious institution constituted prohibited religious discrimination under the First Amendment. Because the funding was for a secular purpose, Missouri was allowed to grant Trinity Lutheran the funding. And refusing to do so in this case was quite different than Locke v. Davey: “[Davey] was denied a scholarship because of what he proposed to do—use the funds to prepare for the ministry… Trinity Lutheran was denied a grant simply because of what it is—a church.”

This distinction now requires lower courts to parse some complex constitutional categories, which is precisely where the Supreme Court of New Jersey has found itself over this last month. In April, the court held that the grant of $4.6 million to repair twelves churches as part of a historical preservation program violated the No Aid Clause of the New Jersey constitution, which prohibited the grant of government fund for, among other things, “building or repairing any church or churches, place or places of worship, or for the maintenance of any minister or ministry.” The court noted that the applications of the churches had made clear that these funds would help repair buildings and thereby “allowing [their] continued use … for worship services.” Accordingly, the court determined that New Jersey was permitted—and was possibly required—to exclude the churches from the historical preservation grant program.

But just this past Thursday, the New Jersey Supreme Court punted on a similar case addressing New Jersey’s “Building Our Future Bond Act,” which provided funds for capital improvement projects for institutions of higher education. Among other institutions, both Beth Medrash Govoha (BMG) in Lakewood and Princeton Theological Seminary received funds under this program—approximately $10.6 million and $650,000 respectively. Here the New Jersey Supreme Court balked, sending the case back to the lower courts for more fact-finding. At issue for the court was whether the funds would ultimately be used for conduct and purposes that it could describe as wholly religious. In the court’s words, “Different religions use varying approaches to what constitutes religious instruction and forms of worship.”

Indeed, in its questionnaire submitted for the grant, BMG provided responses that expanded their educational mission beyond the kind of pursuit of the ministry at issue in Locke v. Davey. Thus, while BMG clearly expressed that it programs included significant amounts of religious study, it also highlighted that less than 5% of its students pursue ordination. And, moreover, BMG explained that its programs “contain a critical thinking liberal-arts core” as well as “transferable skills” for “graduate programs in Science, Technology, Engineering, and Mathematics,” captured in courses where students “study… portions of Talmud tractates… ‘to gain acquaintance with the broad panoply of Talmudic knowledge and approach to the disciplines of Logic, Ethics, Philosophy, Religion, Economics, Law, Sociology, History, Psychology, Literature, Classical Civilizations, Science, Mathematics, Language, and Political Science.’” Such representations may not be surprising coming from an institution that is theologically committed to the belief that all categories of knowledge can be found in Judaism’s ancient religious texts.

Of course, these representations feel to some—or many—like somewhat of a stretch. But such criticisms obscure the more fundamental question: should we interpret our constitutional commitments to incentivize religious institutions to make such claims? Ultimately, the Supreme Court has allowed for the exclusion of religious institutions from government funding in the narrow set of cases where doing so would put the state in the position of using tax dollars to support the ministry. But veering away from those narrow historical confines, the Supreme Court has emphasized that excluding religious institutions from “benefits for which it is otherwise qualified” is “odious to our constitution.” And maybe, notwithstanding all this constitutional messiness, that approach—prohibiting religious discrimination in government funding except in the narrowest of circumstances—provides the best option for courts going forward. Accordingly, maybe institutions like BMG should receive that funding even without what some might view as contorting the content of their curriculum; maybe once the state is granting funding for higher education, then it should not be able to exclude a subset of institutions of higher education simply because they primarily pursue the rigorous study of religion.

At bottom, when adjudicating claims of religious discrimination in government funding, courts are thrust into a clash of values between non-establishment and neutrality. But in parsing cases that fall uncomfortably between the two, courts might be wise to embrace an approach that defaults to putting religious and secular institutions on equal footing. No doubt, there may be hazards in adopting such an approach. But the hazards of tolerating the singling out of religious individuals and institutions for unequal treatment seem far greater. Just a quick review of recent controversies in these quarters—from the ongoing litigation over the federal government’s travel ban against immigrants from majority-Muslim countries to recent attempts by townships in New Jersey to prohibit Jewish communities from building an eruv—provide repeated examples of government entities standing before courts, trying to explain away laws and regulations that appear to discriminate on the basis of religion. It may therefore be high time that advocates, on both the political left and right, encourage courts in all contexts to develop a more pronounced allergy to the state singling out religious individuals and institutions for worse treatment—whether that come in the context of immigration, zoning and yes, even government funding. That type of approach—even with all its hazards—can better balance our dueling constitutional commitments and provide a framework for courts and legislatures alike to promote and celebrate the religious pluralism that exemplifies the contemporary American institutional landscape.

Michael A. Helfand is an associate professor at Pepperdine University School of Law and a Research Fellow at the Shalom Hartman Institute of North America.