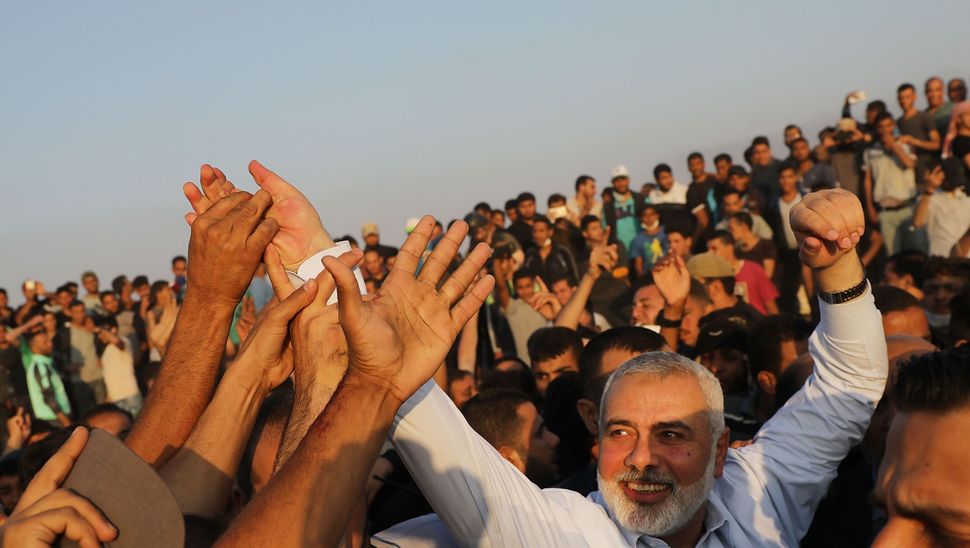 In the past few days, we have come closer than we have in some time to touching the core issues that drive the conflict between Israelis, Palestinians, and the wider Arab and Islamic world.

After decades of discussing “territories,” “borders,” “settlements,” “two states” and “occupation,” and lamenting the lack of trust between the sides and the absence of leadership, we are finally discussing the key question, which is: Is the Arab and Islamic world, and the Palestinians among them, ready to acknowledge that the Jewish people, as a people, have the equal right to self-determination and sovereignty in their ancestral homeland?

Put another way, is Israel a temporary aberration in what should be properly an Arab and Islamic region?

The twin images of the clashes on the 1967 border of Palestinian Gaza with Israel, and the inauguration of the American Embassy in Jerusalem, both serve to highlight the two dominant issues in the conflict that directly touch upon the question of the right of the Jewish people to the land: Jerusalem, and the Palestinian demand for “return” into the state of Israel within its pre 1967 lines.

No other two issues expose so clearly the extent to which the dominant Islamic, Arab and Palestinian narrative remains still one in which Israel is a colonial enterprise of a foreign, invented people who came out of nowhere to a place to which they have no connection.

The denial of that connection of the Jewish people to Zion therefore stands at the heart of the Palestinian, Arab and Islamic denial of the right of the Jewish people to the city, and by extension, to the entirety of the land. It forms the basis for repeated efforts in UNESCO, international bodies, and repeated Palestinians declarations and speeches that refuse to acknowledge the longstanding Jewish connection to the city, and by extension, the Jewish rights to at least some of it.

In parallel, for several weeks, people in Gaza have been marching on its borders with Israel, a march that included armed attacks on the border, with the declared intent of marching into Israel and exercising what the Palestinians consider their absolute and superior “Right of Return.”

While many of the west, in a manner typical of a phenomenon I have come to term Westplaining, have explained away the Palestinian statement about “return” and “taking back” Israel as expressions of anger at the deteriorating conditions in Gaza and the maritime blockade, the Palestinians have not marched for any of these issues. If they had, they would have stormed the Gaza border with Egypt.

The Palestinians were very clear: What they demand is “return.”

It is precisely the reason why despite Israel retreating fully to the 1967 lines between Gaza and Israel, the people of Gaza are demanding to take what is beyond those lines, which they still believe is very much theirs.

If the war is ever to end with true peace, the Palestinians as well as the Arab and Islamic world at large have to come to accept the Jewish people as an indigenous people who have come home and who have an equal and legitimate right to their ancestral land.

As much as it seems counterintuitive, peace becomes more possible to achieve the more it becomes clear that the “hope” of Israel’s temporariness is a costly delusion. This is the core issue, and the closer we come to touching it, with all the pain it entails, the closer we will come to peace.

Dr. Einat Wilf served in the 18th Knesset (Israeli Parliament) and was member of the influential Foreign Affairs and Defense Committee. Her book, written with Adi Schwartz ‘The War for Return’ has just been published in Israel.