Kimberlé Crenshaw, a black feminist legal scholar, formulated the concept of intersectionality some three decades ago, although its earliest roots can be traced to the words of Sojourner Truth up through the revolutionary statement of the Combahee River Collective. Crenshaw gives an analogy: Consider a traffic intersection, with traffic flowing in four directions. Discrimination, like traffic, can flow in multiple directions. But sometimes there is an accident at the intersection. And it is difficult to identity which driver is responsible. Black women are often harmed at this intersection; and it is unclear which driver — racial or gender discrimination — is responsible. This is intersectionality; not an overarching theory of social change and equality, but a way to see how different flows of discrimination collide and intersect.

Intersectionality emerged precisely as a critique of identity politics. Crenshaw explains that the problem with identity politics is that by centering a single category of discrimination—for example, race or gender—it ignores intra-group differences between, say, black men and women or white and black women. Therefore, the policy demands of groups who organize around either race or gender, and not around the two together, will inevitably center the needs of those already privileged by another category, such as black men in antiracist politics or white middle-class women in feminist politics. Second-wave feminist politics that focused on disrupting the confinement of women to the domestic sphere centered the experiences of white middle-class women, to the detriment of working-class women and women of color who had for years spent their days laboring outside the domestic sphere where they faced a whole other set of misogynist practices.

And Crenshaw expressly states that intersectionality is not a new theory of identity. It is a concept and approach for explaining one’s location within a complex power structure. It is true that certain tendencies within leftist movements and discourse have signaled that identity politics may be returning with a vengeance, claiming those very intersections of discrimination as badges of identity. And it is therefore telling that some who were and remain critical of intersectionality point to its emphasis on individual, subjective experiences and its flattening of different forms of oppression. But let’s be clear. Intersectionality is a black feminist critique of identity politics that meant to redress some of its antiracist and feminist failings, not least of which included Civil Rights-era anti-discrimination legislation.

This is why it is baffling how intersectionality and identity politics are lumped together in Ungar-Sargon’s piece. The contrast between intersectionality and identity politics is overlooked as both are simply reduced to “focused on identity.” To make matters more muddled, Ungar-Sargon contrasts this focus on identity with Hannah Arendt’s focus on “rights,” misunderstanding Arendt’s illustrious notion of “the right to have rights.”

Ungar-Sargon, in her reading of Arendt, suggests that ensuring equal protections by the law for all, irrespective of race or gender, should be the focus of our social movements. However, Arendt’s “Origins of Totalitarianism” in fact demonstrates the very limits of equal rights in a racist polity. Arendt provocatively argued that a doctrine of equal human rights is impotent in the face of the nation-state. Rights without belonging or inclusion are empty. Arendt’s later essay on desegregation in the United States, while problematic for many reasons, nonetheless emphasizes, “Segregation is discrimination enforced by law, and desegregation can do no more than abolish the laws enforcing discrimination, it cannot abolish discrimination and force equality within the body politic.”

Equal rights are not given but decided upon mutually by a group. When that group organizes in the form of a nation-state, Arendt argues, discrimination against minority groups is necessary to ensure the nationalism of the state. The United States was one such nation-state, founded on the equality of free white manhood. Truly equal rights between different groups requires an entirely new form of political organization that does not refuse the differences within its population. Arendt’s sharp critique of both assimilationists and Zionists underscores this view, as well as her proposal for a kind of multinational federalism in Palestine.

There is anti-Semitism on the left. To deny this would be preposterous, historically and today. But to blame the persistence of anti-Semitism as a problem of intersectional organizing is puzzling. It is true that anti-Semitism attributes an abstract, diabolical power to Jews. This makes it easy for critics of power to slide into anti-Semitic language. We must continue to clarify how resistance that simplifies power, illustrating it as an an abstract boogie-monster, enables anti-Semitism. But it is exceedingly difficult to see how this is a problem of intersectionality, which comes to complicate simplistic frames of power.

Intersectionality reveals how, for example, anti-Semitism and homophobia collide, elucidating the ways queer Jews are uniquely at risk and not adequately protected by a narrow focus on anti-Semitism or homophobia exclusively. It is bizarre to read Ungar-Sargon claim that anti-Jewish and anti-black racism are fundamentally different, with different histories, when Arendt’s “Origins of Totalitarianism” is in fact an elaborate argument that indeed anti-Semitism is intimately connected to imperialism, colonialism and racism and their histories are entangled.

I agree that purity politics and virtue-signaling on the left are detrimental to building an operative, sustainable movement for change. Ungar-Saron pits the exclusion of Zionists against the non-exclusion of Louis Farrakhan as emblematic of a contradictory party line in leftist movements. But Zionism is an ideology in alliance with a well-funded, highly-militarized state, whereas Farrakhan is an individual kook largely ignored by most in black communities. When racism is reduced to impolite views and mean feelings, rather than systemic patterns of discrimination and exploitation, it is easy to equate the two. But the state of Israel and Louis Farrakhan are hardly comparable.

Is Ideological Purity Too Much To Ask Of Intersectional Feminists?

Zionists should approach these social movements humbly, acknowledging the ways their alliance with the state of Israel puts others in these movements in danger — including Arab Americans, Black Americans, and, yes, Jewish Americans — and listening to their experiences. Intersectionality merely suggests how Zionist feminists, while perhaps being women, are also implicated in a nation-state that actively oppresses Palestinian women (as military occupation disproportionately affects women). And therefore, their feminism could use some enlargening.

I agree that we should mobilize coalitions around agendas that address specific practices of oppression and subordination. These practices, however, are practices that consistently produce and reproduce race and gender as meaningful categories. And our agendas must address the ways we each experience oppression differently if we are to build a world of freedom that is maximally inclusive. To conflate intersectionality and identity politics before tossing both in the waste-bin erases the important critique intersectionality makes of identity politics, apparently one we are all still learning, and sends us back to a liberal model of equality that historically failed women and queer and trans people of color — all of whom may also, in fact, be Jews.

Ben Ratskoff is a Los Angeles-based writer and scholar. He is the founder and editor-in-chief of the new Jewish quarterly PROTOCOLS. 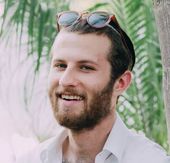