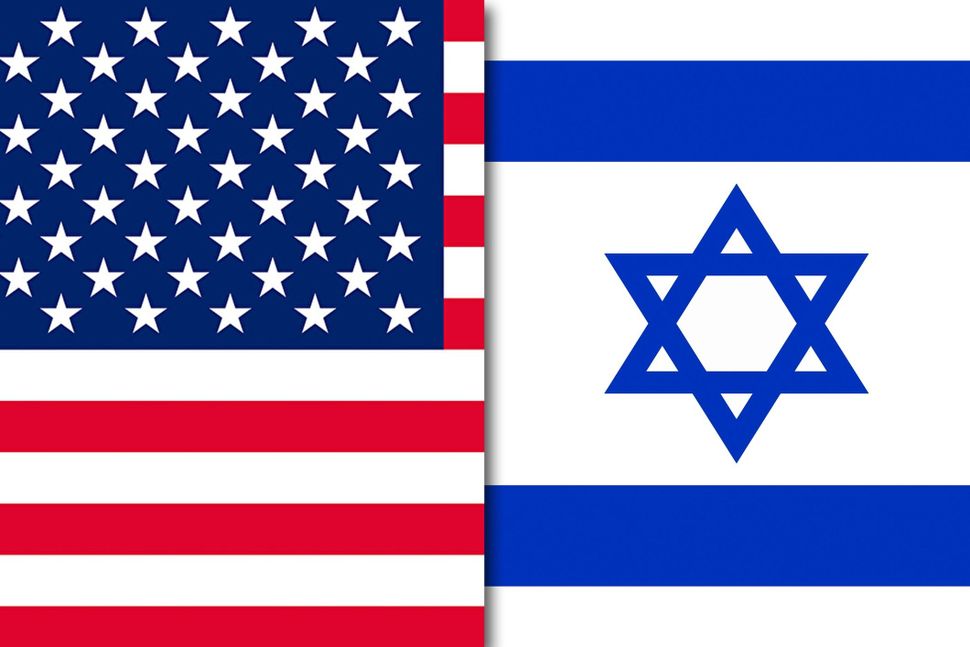 Less than six months from this November’s pivotal midterm elections, the astonishing unpopularity of President Trump is creating massive headaches for his allies in districts across the country. Channelling their frustration into political action, energized voters are aiming to unseat Trump’s enablers and bring about sweeping political change in Washington.

Faced with this potential “wave” election, a number of right-wing elected officials and allied groups are turning once again to a tired, failed tactic — targeting left-leaning candidates based on their positions on Israel.

Most recently, we’ve seen it in Virginia’s 5th Congressional District, where incumbent Rep. Tom Garrett announced on Memorial Day that he will not seek reelection. Earlier this month, before the announcement, the Virginia Republican Party (VRP) attacked Garrett’s Democratic opponent Leslie Cockburn as a “virulent anti-Semite.” The VRP based its absurd smear solely on the basis of a 27-year-old book critical of the relationship between Israeli and US intelligence agencies, co-written by Cockburn and her husband.

We’ve also seen this tactic in Wisconsin’s 6th Congressional District, where incumbent Rep. Glenn Grothman is intimidated by a strong challenge from Dan Kohl — a long-time political activist and a former staff and board member at J Street. The Republican Party of Wisconsin has attacked Kohl for his ties to J Street and his support for the Iran nuclear agreement. Lacking any substantive legislative accomplishments and struggling with fundraising, Grothman has formed a joint fundraising committee called “Stop J Street,” hoping to raise money from far-right out of state donors. Next month, “Stop J Street” will host a Washington, DC event headlined by House Speaker Paul Ryan.

We’ve also seen this happening in other parts of the country, from New Jersey to Nevada. Time and again, right-wing candidates try to curry favor with Jewish and pro-Israel voters with baseless charges that their opponents are anti-Israel or anti-Semitic. Time and again, these smear tactics fall flat.

The reasons the attacks don’t work are simple. The large majority of Jewish voters have long been, and continue to be, left of center. American Jews are one of the most reliable Democratic voting blocs and they overwhelmingly turn out to vote and raise money for Democrats.

Contrary to lazy stereotypes, they are not single-issue voters. Election night polling from the 2010, 2012, 2014, and 2016 national elections found that just 7-10% of Jewish voters rank Israel as a top-two voting issue. Instead, they are primarily focused on the same issues as the majority of other American voters, like the economy and healthcare.

When Jewish voters do think about Israel and US foreign policy, they overwhelmingly favor diplomacy-first policies that promote peace and a two-state solution — and recoil from the extreme and dangerous saber-rattling of President Trump and his allies. 2016 polling found that 81% of Jewish voters supported a two-state solution, while 60% supported the Iran nuclear agreement. And in a 2017 poll commissioned by the American Jewish Committee (AJC), just 16% of American Jews supported moving the US embassy to Jerusalem in advance of progress towards Israeli-Palestinian peace.

Jewish voters support Israel, and they want their elected representatives to support it too. But they also fear for Israel’s future and worry about the direction in which it is heading. Many feel deep concern about the actions of Israel’s current government, and about the converging agendas and ideologies of President Trump and Prime Minister Netanyahu.

These voters understand that some criticism of Israeli government policies, and support for proactive US diplomacy to help resolve the Israeli-Palestinian conflict, does not make a candidate anti-Israel. Increasingly concerned about US and Israeli policies that exacerbate conflict, scorn diplomacy and entrench occupation, they know that unquestioning support for the incendiary actions of the Trump administration does nothing to help secure a peaceful future for Israel.

These voters know that a pro-Israel, pro-peace approach to foreign policy actually advances shared US and Israeli interests and values — and that it’s the farthest thing in the world from “anti-Semitism.”

This fall, they’re going to vote based on their concerns about the future of their communities and our country, and about the dangerous direction in which President Trump and his enablers are leading us. They’re going to support candidates who share their values. Candidates that, if elected, will take seriously their responsibilities to act as a check on the president’s foreign policy, to keep our country out of disastrous new conflicts and to promote responsible US leadership around the world.

And they’re not going to be swayed by cheap attacks about a candidate’s positions on Israel.

Simply put, the old right-wing playbook doesn’t work anymore and it’s not about to make a comeback.