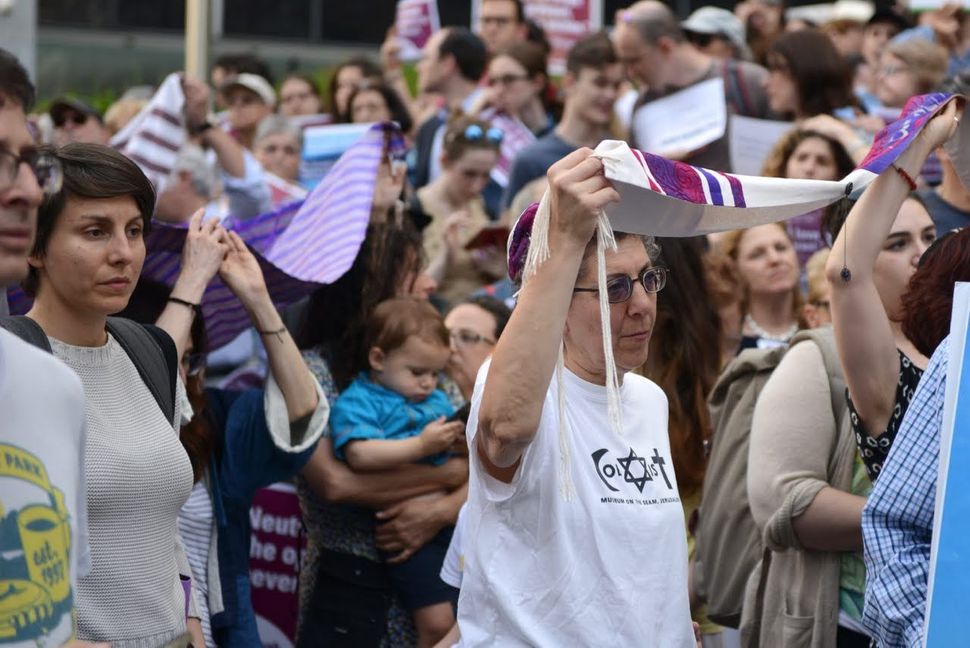 In light of Jonathan Neumann’s essay exposing the evils of liberal Judaism and its embrace of tikkun olam, I have been forced to re-evaluate my life’s work as a liberal rabbi. I now realize the tremendous damage I have done to Judaism through my part in the spread of the cult of tikkun olam, which I now understand was developed by Obama’s liberal Jewish handlers, and possibly even funded by George Soros.

What follows is a public accounting of my sins.

For the sin of praising Hebrew school kids for volunteering in soup kitchens that probably help gentiles, I seek forgiveness.

For the sin of teaching kids that texts from the Torah and the Talmud stress our role as stewards of God’s creation, the environment, I hereby repent.

And for the sin of — it’s hard to get the words out — leading a group trip to Israel that included meeting with Arabs and Jews who are trying to see the humanity in each other, I ask for God’s mercy.

I am sorry for having thought that the many times the Torah commands us to empathize with and treat the stranger like one of our own implied that we should have compassion for refugees, or for desperate migrant workers trying to cross into the U.S. and harvest our produce for a few bucks an hour so we can get it cheap at the grocery store.

Clearly I misread these texts and don’t understand Judaism.

I regret that in my years as a rabbi, I have taught the passages in Isaiah that warn the Jewish people that ritual piety without a clear commitment to social justice is offensive to God. My only defense is that I was thrown off by the prominent placement of those Isaiah verses in the traditional Yom Kippur service. I don’t know what the ancient rabbis who decided we should focus on those words on our holiest day of the year were thinking, but I see now that they can’t have been thinking of the actual meaning of those words.

Just as the biblical Aaron helped build the Golden Calf, I confess to having worked to build the idol of tikkun olam. It was part of a larger misguided plan to work to save the planet from environmental catastrophe, seek peace in the Middle East, end human trafficking and modern day slavery, defeat poverty and generally bring about a more just, harmonious and prosperous world. But Mr. Neumann is right: These goals and ideals have nothing to do with the Torah, or the prophets, the rabbis, the Hasidic masters or any of the prayers in the Jewish prayer book, despite the fact that if you read much of those texts you may get an impression to the contrary.

Finally, I apologize for thinking that Obama was a friend of Israel and for repeatedly saying so, along with the vast majority of liberal rabbis and American Jews. I was confused by his sneaky smokescreen of authorizing the highest level of military funding for Israel in U.S. history, his insistence on full U.S. funding for the Iron Dome and his clever manipulation of China, Russia, the U.K., France and Germany into shutting down Iran’s nuclear weapons program while avoiding an unwinnable war.

I couldn’t see what Jews who are more authentic than me clearly understood all along — that any U.S. president who tells Israel’s leaders that expanding settlements and empowering the messianic far right threatens Israel’s future as a Jewish and democratic state is truly an enemy of the Jewish state. What Obama did was kind of like a guy telling a friend with a self-defeating habit that he is worried about the path the friend is on — which now sounds a lot like tikkun olam-ish thinking to me.

No, a true friend would say to Israel’s leaders: “Here, let me help you accelerate your self-defeating behavior pattern.” Then that friend would return to his own country and work to undermine its core values and institutions. Now I understand the error of my thinking on all these matters.

I hope that my fellow liberal Jewish leaders will follow my example, as we’ve now all been thoroughly exposed for the charlatans that we are. We must renounce the idea that Judaism’s higher purpose is to help make the world a better place. We must stop pretending that getting people excited about meaningful, creative, flexible, open-minded, inclusive, progressive Judaism has anything to offer the Jewish people or humankind.

Finally, we must beware of the word shalom. People like me will tell you it means “peace,” when in fact it means something else that I trust I will understand once I have rid myself of the taint of liberal Judaism. Like tikkun olam, shalom is not really a core concept of Judaism. It’s fake Judaism.

I hope I will be forgiven for my blindness, and for the terrible trail of hope I may have helped leave in my wake. I can’t easily undo the damage I’ve caused through the sin of pretending that Judaism cares; at this point, I can only hope for divine mercy.

Maurice Harris is a rabbi and writer who lives in Glenside, Pennsylvania. His books include “Moses: A Stranger Among Us” and “Leviticus: You Have No Idea,” both from Cascade Books.