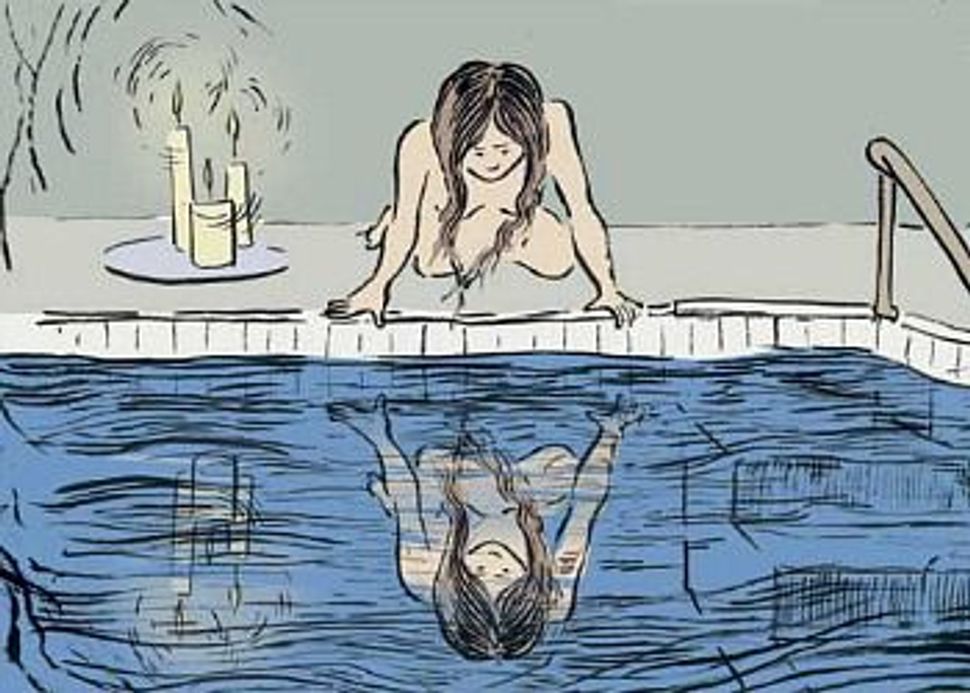 It wasn’t just the growth of intermarriage, you know.

Or the dramatically shrinking Conservative movement.

Or the fact that non-Orthodox Jews were having fewer and fewer children.

The real dismaying headline of the Pew Research Center’s Portrait of Jewish Americans,, which this October will have been released five years ago, was the finding that young Jews were increasingly saying that they have no religion at all — despite identifying themselves as Jews — often proudly.

These “Jews of no religion” were rewriting the norms of Jewish behavior. They were far less likely to marry other Jews, to raise their children Jewish, to give to Jewish charities, to belong to Jewish organizations, to feel connected to the Jewish community and to care about Israel.

The name “Jews of no religion” may be clumsy — more on that in a moment — but the trend was unmistakable. More than one-in-five of those who responded to this national survey, the first of its kind, described themselves as having no religion. But the generational shifts were profound: Seven percent of those in the “Greatest Generation” eschewed the religious label, while among millennials it was 32%.

I was an adviser on the 2013 survey as a journalist, not a demographer, but I don’t need those academic credentials to posit that the trend very likely has increased in the past five years, mirroring the national religious landscape, where 22.8% of Americans now say they are religiously unaffiliated.

And yet, I am more optimistic now than I was five years ago that we are not witnessing the twilight of modern American Judaism, but rather its transformation. Moreover, without sounding too chauvinistic, I believe that Jews may be in a position to show other Americans how to connect with a culture and faith tradition without actually being bound to its past definitions of belonging.

A dunk in the mikveh taught me that.

First, the name. Yes, it’s clumsy to define a whole class of people in the negative, by what they are not, but “JNR” has the virtue of being precise. Some of these Jews identify culturally or ethnically, not all. Some are secular, not all. Others say they believe in God, or even belong to a synagogue.

Yet we still count them as Jews because they identify as such. And that stems from our dual self-identities — a religion and a people, a faith and a tribe — and from the fact that, at least in modern times, core beliefs are not necessarily a required marker of attachment. Even many “Jews by religion” say that their Jewishness is centered not on religion but on tradition, family ties and a time-tested set of ethical and moral values.

This is rare in America. In other denominations, you leave your identity behind if you leave the church, and your community doesn’t recognize you anymore. Even when Jews leave the fold, they rarely convert to other faiths and (except for the devoutly Orthodox) rarely are ex-communicated. They just become Jew-ish.

Still, even with all those caveats, the growth of JNRs is not a benign development. The atrocious state of Jewish education, the appalling rate of Hebrew illiteracy, the empty pews, the willingness of too many Jews to write a check so that someone else can be Jewish for them — never mind the way that Israel has become a substitute deity for Jews with otherwise weak or non-existent religious affiliations. All these trends point to a growing disconnect between Jews and Judaism.

And without Judaism, are we really Jewish? The Pew survey found that 94% of the respondents were very or somewhat proud of being Jewish. Yea! But proud of what, exactly?

That question has troubled me ever since these numbers were released. If JNRs are abandoning the norms of Jewish behavior, who will take care of our poor and needy? Who will support our schools and synagogues, our museums and community centers? Who will keep alive our rituals and traditions other than an Orthodox segment that often defines Judaism in narrow, rigid and anti-feminist terms? Who will support Israel?

Beyond the Jewish world, the growth of what scholars called the “nones” — the religiously unaffiliated — has serious civic consequences. “People who are active in religious organizations are also active in many other ways,” said Alan Cooperman, Pew’s director of religion research. “Joiners are joiners. Religious organizations provide more opportunity to be good citizens.”

So the data show that the unaffiliated are less likely to volunteer, donate, participate in community groups and vote. More than 20% of American adults are “nones,” but they make up only about 12% of the electorate.

Jews, with our historically higher rates of civic participation, fare better. Voter registration is roughly the same among Jews who identify through religion and those who don’t. Still, there’s good reason to be concerned about the long-term communal and civic implications of the weakening role of religion in our lives, as well as religion’s essential function of providing personal meaning and communal attachment in an increasingly lonely and atomized 21st century.

And yet, what data cannot do is predict how religion will respond to these challenges. Surveys are snapshots in time, not scripts for the future. What has impressed me during the past five years is the explosion of creative efforts to bring Judaism back into Jewish life, through innovative ritual, learning, prayer and outreach.

The mikveh is just one example.

Sometimes it takes a personal experience to clue you into a larger transformation.

Using the mikveh for ritual purification never appealed to me. I did not grow up in an observant household, and even though the Conservative synagogue where my husband and I raised our children before moving to Manhattan built a mikveh, it never felt particularly compelling. I was glad it was there, just not for me.

Then I had to undergo medical treatment earlier this year, and a dear friend asked if I wanted to use the mikveh when it was over. Suddenly, what had seemed irrelevant turned into a gift. The experience was a quiet, lovely moment in time, for which I will be forever grateful.

And so a few weeks later, when Rabbi Abigail Treu, director of the Center for Jewish Living at the Marlene Meyerson JCC Manhattan, reached out to share some mikveh news, I was primed to listen. Five years ago, inspired by the pluralistic mikveh Mayyim Hayyim, in Boston, Rabbi Sara Luria created ImmerseNYC, to take the mikveh beyond its Orthodox confines and bring more people to the ritual bath for immersions overseen by a diverse cadre of educated guides. After facilitating more than 2,000 immersions and training 100 guides, Luria was ready to turn over the program to a more established organization.

ImmerseNYC is now affiliated with that Jewish community center — an instance where a Jewish startup proves its worth and is adapted by an institution that can provide it sustenance and stability. In just a few short months, all sorts of people have come to the mikveh for all sorts of reasons beyond the traditional: job transition; special birthdays; loss of spouses and partners; after an abortion or miscarriage; to celebrate sobriety; coming out; breaking up, and what Treu calls “spiritual solace.”

“We are here for everyone,” she told me. “Our mission is to create multiple pathways to create a 21st-century Judaism. We ask ourselves: [What does a spiritual life look like for Jews who do not consider themselves religious? We are reaching back into the Jewish toolkit to find a ritual that has been underutilized and re-create it for all the things that affect us as human beings.”

This is not simply an Upper West Side phenomenon; ImmerseNYC is one of the founding members of Rising Tide Network, a new endeavor to promote and sustain pluralistic mikva’ot around the country. Groups in Boston; Atlanta; Raleigh, North Carolina, and Washington, D.C., are also involved.

Meantime, the JCC Manhattan is launching Rabbis Within Reach, a resource for unaffiliated Jews who are looking for a rabbi to perform a wedding or funeral or bris or whatever, no questions asked.

This reclamation project is not confined to traditional religious ritual. I think of Limmud, a conference of Jewish learning that started with a few families in the United Kingdom in 1980 and is now in 42 countries around the world — largely run by young volunteers, egalitarian, pluralistic, inclusive and absolutely inspirational.

Since there are so many other examples, I risk alienating my entire Facebook feed by mentioning any more by name. The point is that this crisis in identity is stimulating a fount of religious innovation, and we don’t know where it will lead.

For all the periods in which the practice of Judaism calcified, there are also periods of revolutionary reimagination. The bar mitzvah isn’t in the Talmud. And the bat mitzvah didn’t exist a century ago.

Will a dunk in a mikveh provide enough meaning to a JNR that she will seek another step toward Jewish connection? Impossible to predict. The movement away from identification with organized religion is a broad, American phenomenon, and scholars continue to debate why it is happening, and what, if anything, can address the underlying causes.

But American Jews, as a religion and a people, are uniquely positioned to experiment with new forms of religious identity that may defy the doomsday predictions certain data suggest. Human beings will always crave meaning and community. It’s up to those of us who find both in Judaism to prove its worth to others.