‘We Are Not the Enemy of the People.’ 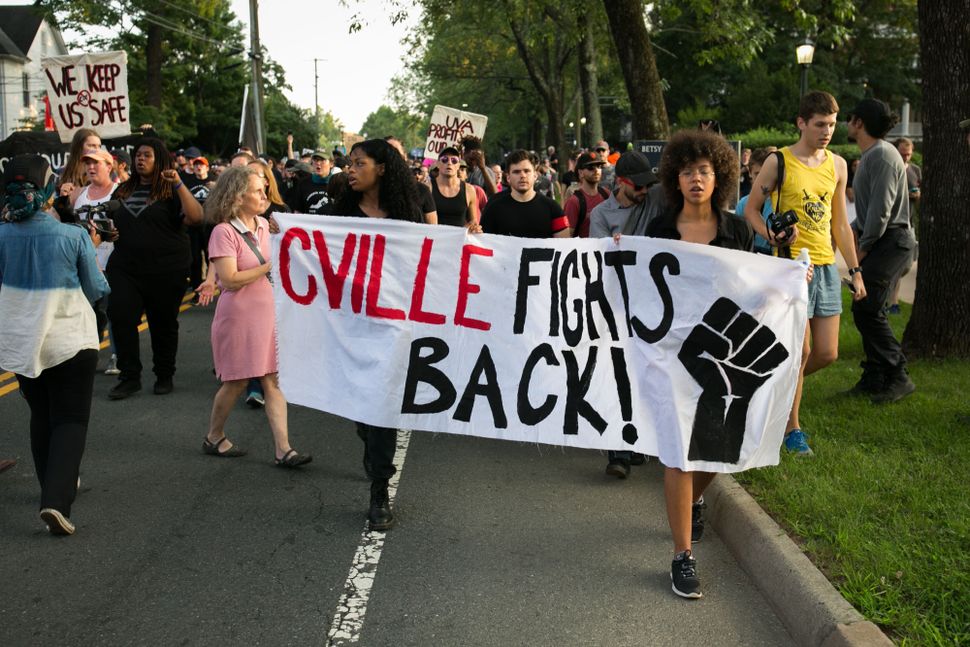 The Boston Globe has proposed that news organizations across the country editorialize against President Trump’s frequent attacks on journalists in a coordinated response this Thursday, August 16. “We are not the enemy of the people,” said Marjorie Pritchard, deputy managing editor for the Globe’s editorial page, in explaining the effort.

So far, more than 100 news organizations have signed on. The Forward will be one of them.

The need for this statement was brought home to me last Thursday, when I participated in a small, intense conversation about online harassment of journalists hosted by the Committee to Protect Journalists. This was a working group follow-up to a larger meeting CPJ held last year, which I attended and wrote about here

Remember that until the 2016 presidential race, CPJ concentrated its efforts on advocating for a free press around the world. There was no need to focus on America. Now there is.

The well-documented and at times frightening harassment that Jewish journalists, including many on my staff, received during the campaign and the beginning of the Trump administration has diminished, for which I am grateful, but it has not disappeared. Nasty, threatening messages still appear on social media and in our inboxes, some from the far left, most from the far right, many of those replete with Holocaust imagery or classic anti-Semitic tropes.

“What’s clear is that Trump has made it a verbal open season on journalists, many of whom have felt the sting one way or another,” Kathleen Parker, a conservative-leaning columnist for the Washington Post, wrote recently. “For all of us ink-stained wretches, the hate mail is more vicious than ever. The death threats more frequent.”

The stories I heard last week confirmed that. A journalist covering the ‘alt-right’ was subject to death threats; so were members of his family. A reporter who wrote about terrible misdeeds in the military was hacked, and had to contend with threats to his young daughter. A woman writing about certain female celebrities was inundated with offensive messages.

This is why, in this climate, it is so important for journalists to speak out and defend our profession. Sadly, that alone won’t address this president’s dangerous diminution of constitutional norms. We need you — readers, supporters, citizens — to defend what we do and how we do it. We aren’t perfect, and never pretend to be. (That’s why we have corrections policies.)

But most of us in this profession for a very long time have never experienced the flat-out hatred and denigration, and attempts to undermine the foundation of a free press, that we experience today. And it comes from the top.

What else I’ve been reading. There was good news, I suppose, in the fact that the white nationalist protest in Washington, D.C. yesterday turned out to have more onlookers than participants. The rally was, so the Forward reported, a “gigantic bust” with the handful of nationalists dwarfed by counter-protesters who were, largely, peaceful and effective.

My first reaction was relief and pride. Unlike the horror last year in Charlottesville, this attempted protest illustrated the limited appeal of such aggressive public actions, and how well coordinated efforts can drown out hateful speech. Shouldn’t that be the story, I thought? Protest fails because goodness prevails? Isn’t this what ought to happen in America?

But dig a little deeper, and it’s clear that this hatred hasn’t dissipated; it’s just morphed and moved locations. A sobering piece in The Atlantic argued that the battle that erupted in Charlottesville is far from over. Adam Serwer carefully documents how the white nationalist message has been adapted and amplified by Fox News personalities (can’t really call them journalists) with direct access to Trump’s narrow band but passionate followers.

“So yes, many of the white nationalists associated with the rally in Charlottesville have since suffered disgrace, ridicule, or legal consequences,” Serwer writes. “But their ideological quest to secure white political and cultural hegemony over the United States continues to be championed by the president himself. There’s a reason they’re still wearing their MAGA hats.”

Detained at the Israeli border. The most read story on our site today is columnist Peter Beinart’s painful and infuriating account of being detained at Ben Gurion Airport on his way to a family bat mitzvah in Israel. Israeli Prime Minister Benjamin Netanyahu quickly called the detention an “administrative mistake.”

But was it? I’ll weigh in tomorrow.

Looking forward. The Forward’s second annual, new and improved, award-winning guide to Jewish colleges and universities is days away from publication. And a reminder that if you know of anyone who would like to become a Forward Campus Ambassador this academic year, here’s the application.

Thank you to the many readers who have already taken this survey about Jane Looking Forward, so I can continue to make this newsletter even better. If you aren’t one of them, there’s still time to share your thoughts. Much appreciated!

And as always, email me at JaneEisnerEIC@forward.com with your comments and concerns.

‘We Are Not the Enemy of the People.’