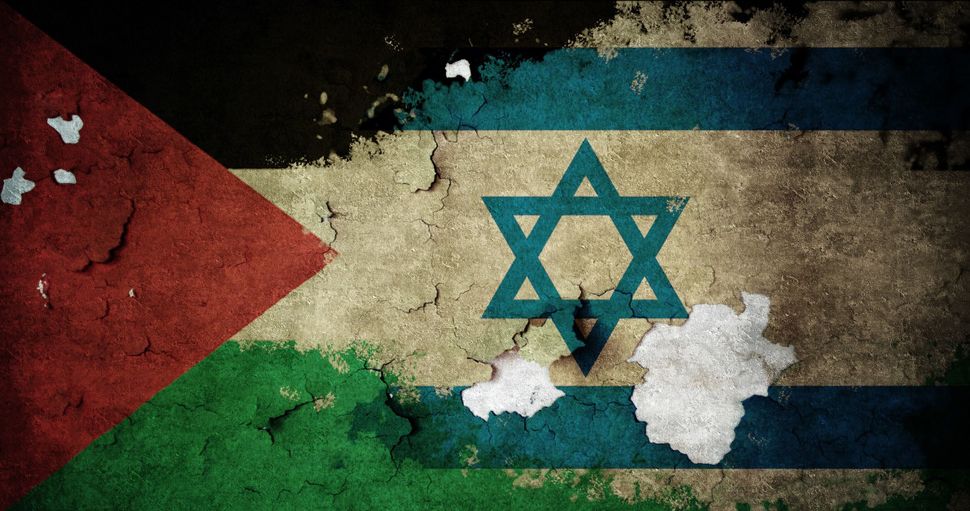 This hasn’t been an easy month for Jewish American progressiveswho support Israel. Early this week, Peter Beinart, a prominent journalist and critic of Israel’s treatment of Palestinians, was detained for an hour at the airport in Tel Aviv. Israeli authorities grilled him about his political activities before allowing him into the country. Beinart’s account of his experience sparked outrage from many liberal Jewish Americans who wondered why Israel would treat a Jewish supporter like Beinart with suspicion.

Beinart’s questioning comes weeks after the Israeli Knesset passed the Nation State Law enshrining Israel’s exclusively Jewish character as a quasi-constitutional value. The law guarantees national self-determination for Jews alone while not mentioning equality or the rights of Palestinians. It legally establishes discrimination as the law in Israel.

The reality, however, is that Israel has always been discriminatory, anti-democratic, and illiberal when it comes to Palestinians, including those who are citizens of the state.

As a Palestinian, both of Israel’s self-proclaimed and contradictory characteristics — Jewish and democratic — work against me. Israel’s Jewish character creates a hierarchy where Jews from around the world have more rights than me, a Palestinian whose father was born in the West Bank. At the same time, Israel’s “democratic” character necessitates an obsession with Jews remaining in the majority. This requires that Palestinians in the diaspora be prevented from returning to our homeland.

Ahmad Tibi, a Palestinian member of the Israeli Knesset once lamented, “This country is Jewish and democratic: Democratic toward Jews, and Jewish toward Arabs.”

The glaring hypocrisy of Israel’s assertion that it can be both Jewish and democratic while denying equality to millions of indigenous Palestinians is what is causing such liberal Zionist angst.

When I traveled to Tel Aviv in May 2012, I presented my U.S. passport to authorities at the airport and was asked the name of my father and grandfather. My answers did not please the Israeli woman peering at me from behind thick glass. I was told to wait.

I was questioned at least five times. During my interrogation, I was asked to write down the names of all my relatives and any Palestinians I knew and to log in to my email account. I was threatened that if I didn’t comply, my employer would be contacted and they would fire me. I was told that Israel and the United States had a close relationship and that I might not be allowed to go back home.

In fact, when I contacted the U.S. Embassy to report my detention and ask for assistance, the Embassy employee told me, “If you are not Jewish, there is nothing we can do to help you.”

After eight hours, I was declared a security threat, driven to a prison and kept in a cell overnight. The next day I was sent back to the United States. I was denied entry to visit my family in the West Bank, not for my political beliefs, but simply because I am Palestinian.

My experience is not unique.

Discrimination and exclusion have been Israeli policy from the start. Israel’s democratic nature is often defended by pointing to the inclusion of the 1.6 million Palestinian citizens of Israel in the political process, their ability to vote in Israeli elections and their presence in the Knesset.

What is left out is that Palestinian citizens of Israel face systematic discrimination in the form of dozens of racist laws, and that from 1948 until 1966, they were ruled by martial law complete with checkpoints, surveillance and land grabs. The Absentee Property Law of 1950 allowed Israel to take control of land belonging to Palestinians who were forced out.

In 1967, the martial law regime used effectively to take control of Palestinian land seized in 1948 was replicated in East Jerusalem, the West Bank and Gaza. The logic has always been clear: a maximum amount of land with a minimum number of Palestinians.

Trump’s election has emboldened Netanyahu and the Israeli right to think they can do whatever they want to Palestinians. This alliance has made barefaced the racism that guides both leaders, and that is integral to the Israeli state.

The close relationship of Netanyahu and Trump has also caused liberal supporters of Israel to balk.

In the United States, Jewish Americans are prominent in protests against the Muslim ban, the wall on the Mexico border and Trump’s blatantly xenophobic rhetoric giving rise to white supremacist groups in the U.S. The biggest supporters of Trump’s presidency appear to be white supremacists like Richard Spencer and the Israeli government.

Support for Israel’s violence against Palestinians in Gaza, Trump’s decision to move the U.S. embassy to Jerusalem and the embrace of open discrimination in Israeli law pushes against liberal values of anti-racism and equality.

This tension in Jewish communities in the United States to try to reconcile their progressive values with their support for Israel should become an opportunity for moral and political coherence.

I welcome the anxiety that Israel’s heavy-handedness against Jewish critics has catalyzed. My hope is that this discomfort leads to a stronger movement among Jews to demand true democracy, equality and historic justice for everyone in all of Palestine/Israel.

This is the only future that guarantees freedom and security for all of us.

Sandra Tamari is the Director of Strategic Partnerships at Adalah Justice Project.