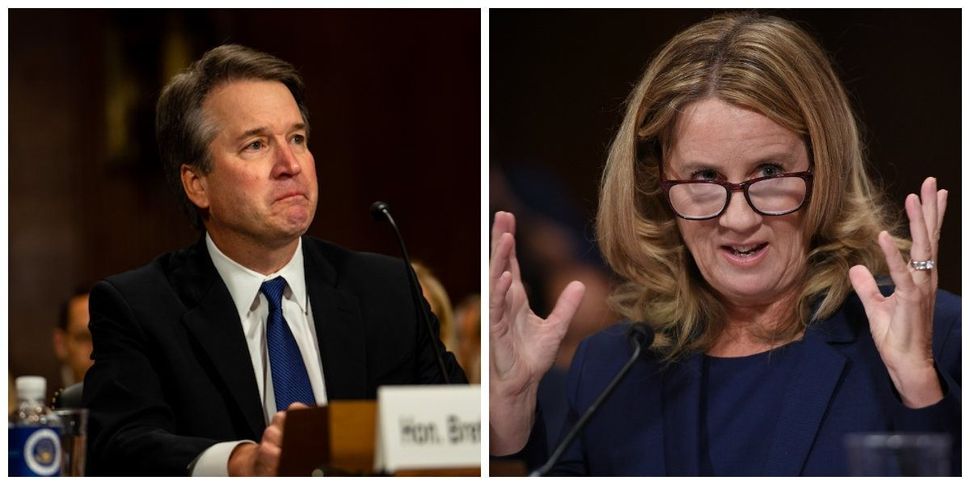 Does truth even matter?

That was the main question on a day of hearings featuring Supreme Court Nominee Brett Kavanaugh and Dr. Christine Blasey Ford, the woman accusing him of sexually assaulting her when they were both teenagers.

No senator asked the question about the relevance of truth; instead, they asked about flatulence jokes and drinking games, while the question of what happened went unanswered.

The point of the hearing was ostensibly to discover whom to believe, Judge Kavanaugh or Dr. Ford.

But both were excellent witnesses. Both seemed imminently believable.

Dr. Ford was vulnerable but firm in her belief it was Brett Kavanaugh on top of her in that room all those years ago. Kavanaugh was just as firm in his contention that he wasn’t.

They both verged on tears and both made others in the room cry.

Partisans watched for stumbles. There she was not remembering details of the accusation she originally made in July. There he was sparring with a female senator about whether she has ever been blackout drunk.

It was a shame. Supreme Court Justices are there to interpret the law. There shouldn’t be any “I think” or “I feel” involved.

Yet the whole spectacle of Judge Kavanaugh’s appointment and everything that followed has been so incredibly feelings-based, from the beginning, something Kavanaugh himself noted. In his introductory comments, he said the whole thing had been “a calculated and orchestrated political hit fueled with apparent pent-up anger about President Trump and the 2016 election, fear that has been unfairly stoked about judicial record, revenge on behalf of the Clintons.”

But the emotions were flying on the other side too. Conservatives became much more committed to Kavanaugh as he suffered a barrage of nonsense-sounding accusations. When “Brett Kavanaugh ran a gang rape club in high school” began to be something people said out loud, conservatives instantly forgot that he seemed like a rather moderate sort of judge, and they’d rather have gotten Amy Coney Barrett from the get go.

He was the guy now, thanks to the partisan attacks from the other side.

It’s hard not to line up to protect your own political side. Democrats still squawk that Al Franken was “forced out” despite the accusations by numerous women that he fondled them against their wishes, to say nothing of the decades long defense of Bill Clinton.

“Believe all women.” Just not those women, apparently.

The problem is with the phrase itself. Belief can be in G-d, in miracles, in Santa Claus. It shouldn’t be in the word of people we don’t know, without hearing their actual story and that of the person they are accusing.

My shul in Brooklyn had a vigil for Dr. Ford this morning before the hearings began. They believed her before even actually listening her.

I believe Dr. Ford, too. I believe her because I listened to her testimony and made the judgement call based on what she said and how believable she sounded when she said it.

But I believe Brett Kavanaugh as well, and I don’t know how to square that. There’s not enough truth to go around.

But it was too late for anything factual and emotions had ruled for the past week. There was nothing Kavanaugh or Ford could say to sway those who believed the other one. Truth was irrelevant, only feeling remained.

“You want a fair process? You came to the wrong town at the wrong time,” a fired up Graham told Kavanaugh.

Does the truth even matter? What difference, at this point, does it make?