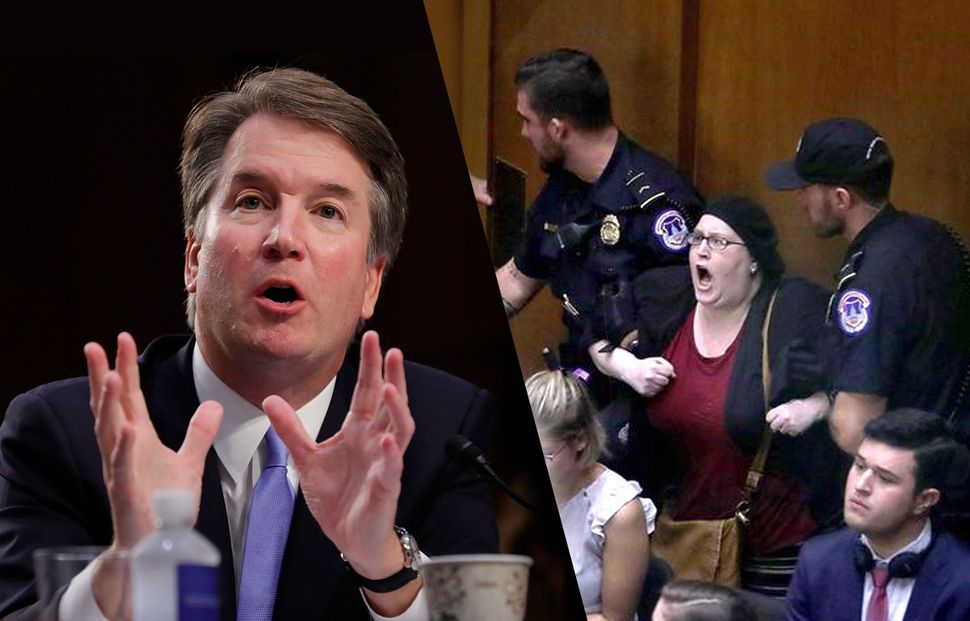 The day after the election, Sara Atkins’ then-ten year old daughter Freida came to her mother and said, “Mommy, [they’re] going to try to kill me. Please save me.”

All five of Atkins’ children have health issues that impair them in everyday life. Freida has a dangerous rare autoimmune disorder that manifests itself in idiopathic anaphylaxis — random bursts of severe allergic reactions.

For the Atkins family, the Affordable Care Act was essential in covering Freida’s many medical issues.

“She knows that without good doctors and affordable medication and..all the medical research…[a lack of health care] puts a risk on her life,” Atkins said over the phone. “And when your child looks at you that way —” Atkins pauses, and then continues more forcefully: “You never forget that look. You [will] literally do anything in your power to make it right.”

Atkins’ voice is remarkably steady as she tells this story, but then again, she’s been telling this story ever since, to anyone who’ll listen. She’s told it in congressional offices, in Capitol Hill hallways, chanted though bullhorns at marches, and managed to get some of it in at Brett Kavangush’s hearing before she was rushed out by Capitol Hill guards and was arrested.

In the year and a half or so since the election and an unprecedented push by the party in power to reshape American healthcare, Atkins has been arrested nine times as she protests to protect her children’s health and her now-twelve-year old Freida’s life.

Initially, Atkins was involved with protests in her hometown of Philadelphia, but was inspired in the summer of 2017, when she noticed a Facebook post by a friend who has been arrested for protesting attempts to repeal the Affordable Care Act.

“That was the very beginning of that summer of fighting,” she said. “I had been organizing actions, but nothing risking arrest. And I felt like I wasn’t doing anything really. I was speaking out. But I needed to feel like I was doing everything in my power so that I could look [my daughter] in the eyes and feel right.”

Her first arrest came when she and several other activists attempted to speak to Senator Pat Toomey of Pennsylvania without an appointment. As they were trying to tell their stories to the senator’s aides, the Capital police arrived. As she found out quickly, the penalty is less severe if the arrest is in the hallway rather than in the congressperson’s office.

“I went knowing I was risking arrest,” Atkins said. “My husband and I have a joke…once you [start] you can’t stop. I came home and said, ‘By the way, I’m going back next week!’ Because I felt how powerful being able to share our stories, being able to actually speak up, and hopefully be heard…So I felt like we’re doing real good here.”

She notes a number of times senators, having heard from her directly, say her words and actions have had a real impact on them. When Atkins met Senator Mazie Hirono of Hawaii and told the congresswoman she was her hero, Hirono replied, “No, you..are.”

She went back to the capital twice over the summer and again in the early fall, disrupting a last-ditch attempt to repeal the Affordable Care Act. During the late fall, she returned to Washington to fight the tax bill and was arrested three times, “one after the other.”

Though the experiences are taxing, especially as Atkins suffers from fibromyalgia, but the bonds she’s forged with fellow protesters and activists encourage her. “People I would probably never notice walking side by side on the street…people who are very different from me, who come from all walks of life, and they inspire me every single day. Seeing them, for whatever reasons, fight and knowing their reasons. When we’re under arrest, we usually have hours to hang out in this big room where we’ll all in chairs and all we get to do is talk and get to know each other.”

By now, Atkins has found a core group that accompanies or otherwise supports her that she calls her “community”, many from the Orthodox and Orthodox-aligned activist group “Torah Trumps Hate.” “We take care of each other,” Atkins, herself a member of Chabad-Lubavitch, says. “I really firmly believe when people see someone like them, they feel more comfortable. It’s a home. It’s a frum [observant] community.”

Torah Trumps Hate pushes back against the narrative that the Orthodox community is a politically conservative monolith. Atkins has since been named the Director of Activism for Torah Trumps Hate.

She recently won the election to be the Democratic committee person for her district, which entails canvassing and gathering ote for endorsements of candidates in her area; “Basically, we are the first line for constituents,” Atkins explained.

Eventually, she intends to run for office herself. “It’s never easy when you have special needs kids…but my family supports me. It started with my husband looking at me and saying, you want to solve our health care issue? Why not get elected for office? We’ll have good healthcare then!” Then [I thought] hmm, maybe I want to do it for more than just healthcare.”

“I think that one of the cores of Judaism is to love thy neighbor as themselves, and Ahavas Yisroel [love of fellow Jews]. I firmly feel if you focus on Ahavas Yisroel like the Lubavitcher Rebbe taught, then we should be fighting for everyone to have certain universal [rights]. Healthcare, I believe, is a human right. A living wage. I believe firmly that we need to look at housing situation..every person has a right to a roof over their head. And if we believe that, we can’t just say it. We have to act on it. If we believe in Ahavas Yisroel, we will do anything in our power to make sure that people are in safe, healthy living situations. And I fight not just for my daughter, but I fight for all the Jews who don’t make enough money..who need government assistance. I fight for every single person who finds themselves not making enough to keep the roof over their head… This is more than about me or my daughter. It’s about this amazing [country] we call home and fighting for us all to have a place in this [country] we call home. [They say] America is no different? Well, I’m fighting for it to be different. And I believe that everybody has a right to feel safe. And [Jews] especially…let’s for it to be safe. And that’s what I’m doing..it comes from those core values that we talk about, that we learn about. That’s where it’s coming from.”