The Kavanaugh Hearings Have Brought On A Reckoning For Christians 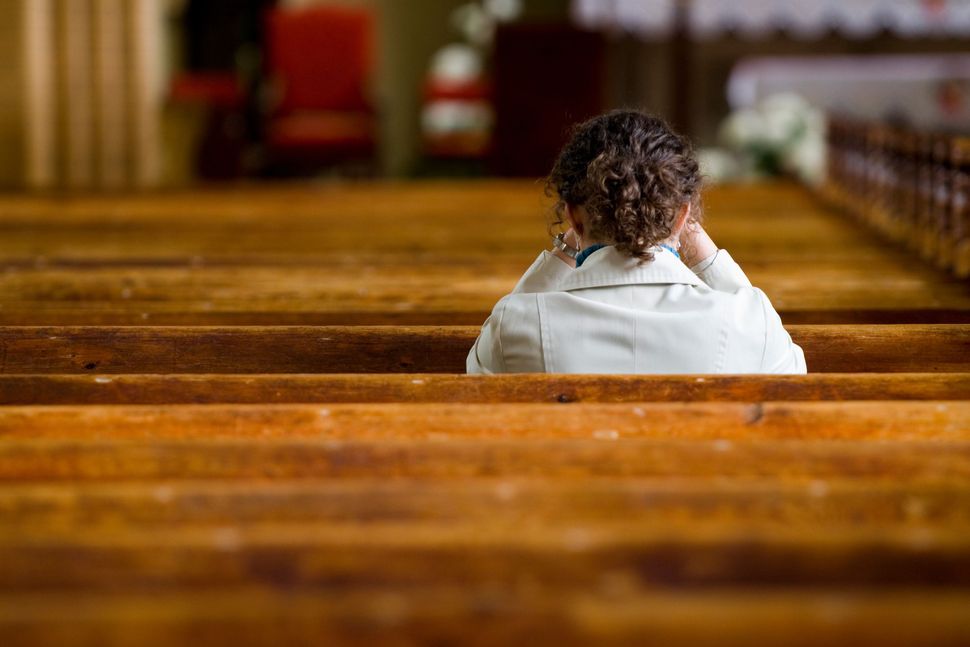 Like any group, Christianity is hardly a monolith. That means that there have been many responses by Christians to President Trump’s Supreme Court nominee Brett Kavanaugh, and the accusation against him, brought by Dr. Christine Blasey Ford, that Kavanaugh had sexually assaulted her when they were teens.

Speaking for my brothers and sisters means covering the gamut of liberal Episcopalians yearning for the days of Obama and decrying any doubt regarding Dr. Ford’s account, to conservative Southern Baptists in MAGA hats suspicious of a thirty year old claim.

It’s useful then, for me to explain where I fit in. I’m conservative Lutheran. We are neither mainline nor evangelical. We’re fun Christians who believe Jesus is actually coming back, and we’ll also drink a beer. We straddle the various subcultures of Christianity, from the mainline to the Catholics to the Evangelicals. We vote Republican and go to public school.

The New Testament speaks of believers making up the body of Christ. I think of my corner as the liver, dirty but necessary for survival. It’s from this corner I offer my thoughts.

Christians are troubled on multiple fronts by Dr. Ford’s allegation. It is hard to know why anyone would volunteer for what Dr. Ford is going through if they weren’t speaking the truth.

And yet, examples do exist where claims have been made that were false. Sometimes it’s purposeful and knowing. Sometimes it’s clouded by all of the good faith factors that obscure memory.

The overwhelming majority of sexual assault claims are borne out to be true, but the fact that some aren’t highlights the need for some standard of proof. Kavanaugh may be facing a job interview, not a criminal trial, but the claims against him are serious.

Taking political posturing out of it, most Americans see proof beyond a reasonable doubt as the correct standard for prison time and one far too high for a lifetime appointment to the highest court. But tagging someone as a drunken, attempted rapist and showing them the door, as Democrats have done, is far from correct, either.

And yet. We are confronted with a reckoning.

American Christian culture has had a blind spot which the Kavanaugh confirmation process has revealed: We have been obsessed with purity, and we have made it mainly the responsibility of girls.

Take, for example, the strange ritual of the father-daughter purity dance in religious life. Daughters dress up to go out with their fathers and solemnly swear they will remain pure until their wedding night.

My corner of the Church doesn’t hold them, but many others do.

In all of that pomp, where is the ceremony for sons to pledge their responsibility for their thoughts and attitudes? In cautioning girls in modesty lest they make the boys have impure thoughts, are admonitions given to boys? Are they confronted with the harsh truth that seeing a shoulder or calf and thinking of their own physical pleasure is dehumanizing to their sisters? That failure to see their sisters as more than the sum of their body parts is destructive?

In obsessing over daughters’ purity, did we send a message that failure to remain pure was only on them? In obsessing over girls’ actions, did we send a message to the boys that they have no responsibility? In doing so, did we give license for some to force their will, through violent means and not violent means, to get what they want with impunity?

Have we failed both our sons and our daughters?

Litigating the Animal House and John Hughes sexual culture has brought this in sharp relief. Hollywood may have injected unhealthy and grievously harmful ideas of sexual liberation and consent.

But did Christians, in their pushback to uphold purity, fail to subject their own biases to the truths of Scripture? Did a worldview with a history of deferring to men for leadership fail to subject biases regarding purity and sexual responsibility to God’s truth?

There has also been a certain, somber vindication. The silence of the 50’s regarding sex was most certainly harmful. But the 70’s attitude towards sex being an unserious thing was also harmful.

The realities of sex don’t merely encompass disease and babies, but also emotion and power, and sometimes outright violence. Limiting sex to the narrow context of marriage doesn’t seem as old-fashioned and outdated as it did before #MeToo broke.

In short, Christian culture, like the rest of culture it seems, is in an Alice in Wonderland moment. Peering into a shattered mirror, we see an unfamiliar reflection, but which in some ways shows a reflection more accurate and harsh than we’ve ever seen before.

Jennifer Gumberl is a wife, mom, and an attorney in Southern Minnesota. I spend my free time fighting death and helping people understand how to organize their affairs at the website, An Organized (after)Life.

The Kavanaugh Hearings Have Brought On A Reckoning For Christians