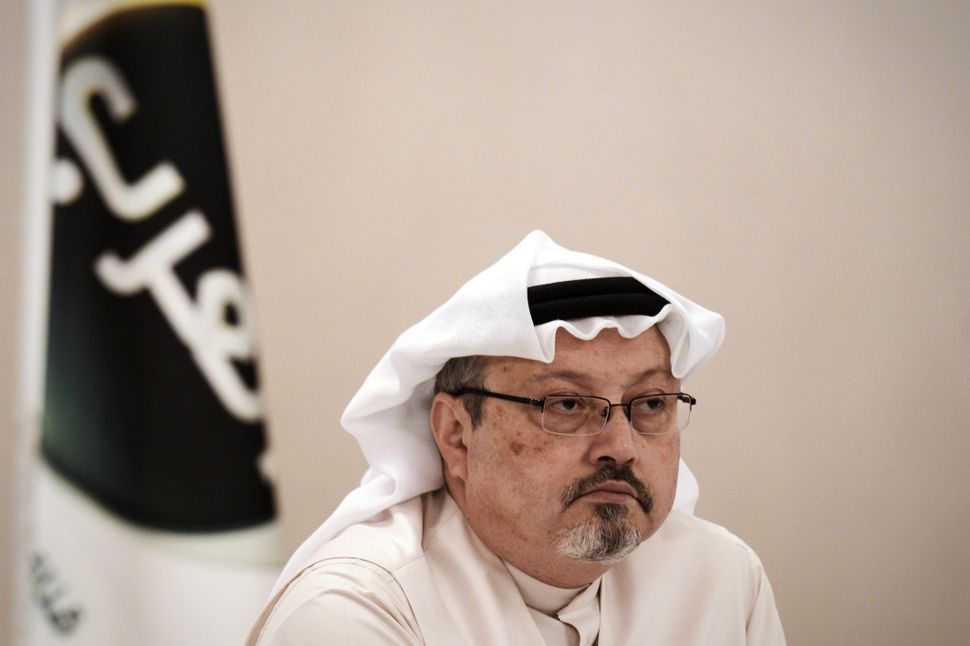 In early September, I texted my friend Jamal Khashoggi to inquire whether he would be able to meet for coffee “sometime within the next week or so.” It had been a few months since our last meeting, when we met for breakfast at Le Pen Quotidien in Tysons Corner. We had chatted about the “Dreamer” issue,” and how Saudi Arabia had its own “Dreamers.”

He explained to me that the Kingdom was facing its own “nativism,” and that hundreds of thousands of children born to foreign-born migrant workers only knew Saudi Arabia but that they would never become citizens.

Jamal went on to suggest that we co-author an article for The Washington Post where he was a columnist. I would write about the American Dreamers and he about their Saudi counterparts. I liked the idea, but like so many other things in life, it unfortunately, never happened.

Despite his stature as one of the world’s most sought after experts on Saudi Arabia, Jamal was always available to anyone interested in the Kingdom and its intriguing palace affairs, including to me, and responded promptly to my text by suggesting that we should touch base by the end of the month after he had returned from Istanbul. “But please be in touch with me by WatsApp while I am in Istanbul,” he added.

As it has now been established, Jamal was killed inside the Saudi Consulate in Istanbul where he went to collect his paperwork so that he could marry his fiancé.

Over the weekend, the Saudi government finally admitted that Jamal had been killed, but its explanation that he had died in a brawl inside of the Consulate, is of course, far from credible, especially given the fact that Riyadh had for weeks denied any knowledge about his whereabouts, initially suggesting that he had left the diplomatic mission on his own accord.

It is with utter shock and disbelief that I am writing this column, as so many memories about our conversations are coming alive.

My friend, who was extraordinarily humble and a true mensch, likely suffered the most gruesome of atrocities at the hands of his captors.

Jamal also possessed a wonderful sense of humor. When we attended an anti-Qatar conference hosted by the Hudson Institute but bankrolled by the United Arab Emirates in Washington last year, he cut to the chase.

During the conference, several Congressmen blasted Qatar over its alleged support for the Muslim Brotherhood. Every single one of them recycled the same talking points about how the Muslim Brotherhood was a pre-curser to extremism — except for a single Democrat, who had obviously not gotten the memo, and who instead criticized Saudi Arabia’s well-known support for Wahabi Islam.

In hindsight, what was so remarkable was that an analyst close to the Saudi government, and a staunch supporter of Mohammed bin Salman, sat only a few seats further down from us. We exchanged pleasantries with him and went on to discuss how odd the conference had been.

After the conference, Jamal joined several colleagues for drinks at the Willard Hotel, though I do not recall whether he enjoyed an alcoholic beverage or not. The memories of our lively and fun conversation that evening stand in sharp contrast to what appear to be deliberate efforts by certain right-wing American pundits to smear Jamal — even as more and more details about his apparent savage killing is leaked to the international media — as some sort of a “radical” Muslim Brotherhood supporter and even terrorist sympathizer.

The allegations are outrageous and without merit.

One can only hope that what appears to be a sinister campaign to smear Jamal is not part of a deliberate lobby campaign funded by Gulf money to muddle the waters as Mohammed bin Salman’s standing in Washington plummets.

But equally disappointing has been how several well-known Israeli policymakers are opining about what has been dubbed the Khashoggi affair. For instance, according to The Jerusalem Post, Eran Lerman of the Jerusalem Institute for Strategic Studies and a former deputy national security council head, reportedly said, “It is certainly not in our interests to see the status of the Saudi government diminished in Washington.” Expressing similar sentiments, Dore Gold of the Jerusalem Center for Public Affairs and former Foreign Ministry Director-General, said, “This problem could be used by the Iranians to drive a wedge between the West and Saudi Arabia.”

If The Jerusalem Post article correctly reflects their statements, their conclusion that Jamal’s murder is somehow “bad for Israel” is not only outrageous but underscores how Israel’s desire to form a strategic partnership with Saudi Arabia against Iran has become nothing more than a mirage in the desert.

Israeli policymakers should keep this in mind: If Saudi Arabia can break off diplomatic ties with Qatar, its neighbor and the only other Wahhabi state in the world, because of the perceived geopolitical opportunity presented by the Trump-presidency, Israel can face a similar fate should circumstances change sometime in the future.

If anything, the Khashoggi affair illustrates that unless appropriate measures are taken by the Saudi leadership, the Kingdom will be reduced to a pariah state, and its partnership with Washington against Iranian extremism will ring hollow as there is arguably nothing more extreme than butchering a 59-year old journalist at a diplomatic mission.

While my fond memories of Jamal will remain with me forever, the Khashoggi affair should remind policymakers in the United States and Israel about the obvious: Washington and Jerusalem have unique responsibilities to champion liberal values and human rights at a time when darkness has descended over the broader Middle East.