Yes, Synagogue Bloodbath Could Swing The Midterms — But Which Way? 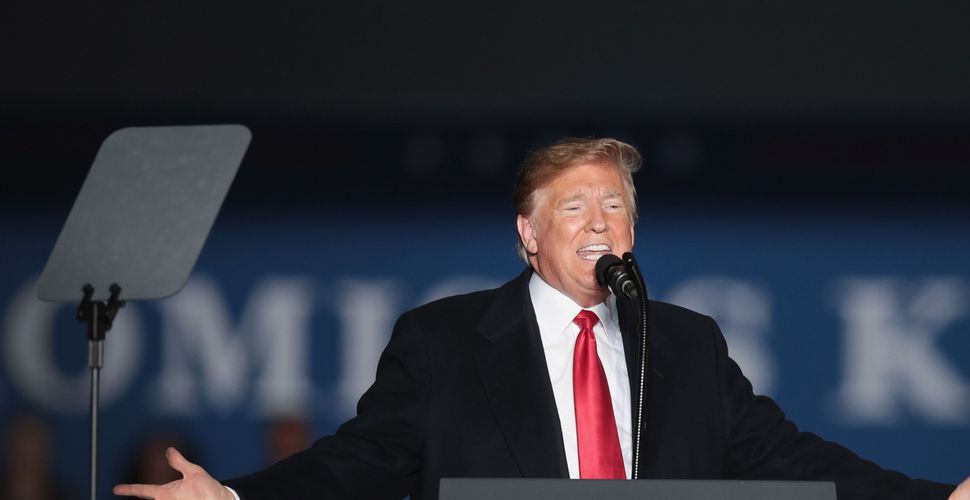 On Saturday, after shouting “all Jews must die,” Robert Bowers callously murdered 11 people at the Tree of Life synagogue in the Squirrel Hill section of Pittsburgh, the worst anti-Semitic act of violence in American history according to the Anti-Defamation League.

Bowers, like many anti-Semites in the United States and Europe, believes Jews are the puppet masters behind demographic shifts in the Western world. His fixation on Jewish power bordered on the surreal: in posts on the alt-right dominated platform Gab, he drew connections between the Hebrew Immigrant Aid Society (HIAS) and the caravan of Hondurans moving through Mexico to the United States’ southern border.

White anxiety and bigotry provoked by the increasing power and cultural influence of non-white Americans played an indispensable role in Trump’s election. Though overt appeals to racism and white restorationism are too risky for Trump this close to the midterm elections, the caravan offered him and his party an opportunity to exploit this sentiment of being “overrun” ahead of the vote, in which Republicans are set to lose the House of Representatives but maintain their majority in the Senate.

Putting aside the self-interested admonishment from Republican figures about not “politicizing” tragedy, which is usually employed to silence calls for increased gun control measures, the Pittsburgh massacre is (for now) the apex of a rise in anti-Semitism in the United States as well as a week of threats against liberal political figures.

One of those threatened, George Soros, is a frequent stand-in for the ubiquitous and omnipotent cosmopolitan Jew of anti-Semitic lore (the rootlessness is now implied with the term “globalist”). Republicans, as well as conservatives in Europe and even in Israel, have shamefully indulged anti-Semitic tropes about Soros.

Instead of supporting Trump, Bowers decided to commit murder, but he was motivated by ideas that are hardly anathema to the campaign rhetoric of today’s Republican Party.

Congressman Matt Gaetz of Florida directly implicated Soros in the caravan, and Trump further encouraged conspiracy theories about the fleeing Hondurans, suggesting the story’s timing was not coincidental. And one day before the Pittsburgh attack, House Majority Leader Kevin McCarthy, in a now-deleted tweet, accused three Jewish billionaires, including Soros, were trying to “buy this election.”

The upcoming midterm vote is now inextricably tied to what happened in Pittsburgh and the hateful climate engendered by Republicans. Between now and November 6th, nothing is likely to eclipse this domestic terror attack.

Americans of conscience cannot allow what happened in Pittsburgh to become apolitical or an otherwise deceitful moment of “unity” for a President who has no interest in such niceties anyway.

It’s time to be candid. A better-than-expected result for the Republican Party next Tuesday will send the message that anti-Semitism, even in the wake of mass murder, won’t be punished by the electorate.

It is true that the left is not innocent of anti-Semitism. It is frustrating, for instance, to see someone like Professor Marc Lamont Hill reduce Louis Farrakhan’s irredeemable hatred of Jews to a mere “disagreement.”

But the Democratic Party leadership has done no such thing. Unlike Trump and the Republican Party, they have not sought to exploit the anti-Semitism in their camp. The handful of Democratic nominees who express more critical views of Israel than their predecessors are hardly equivalent to the Streicher-esque theories about Soros prevalent on the right.

None of this is to exploit the carnage in Pittsburgh, which is first and foremost a tragedy for the Jewish community there. After all, the simple moral choice presented in the midterm election is the same now as it was on Friday. Before Pittsburgh, we had Charlottesville to remind us of the inevitable destination of hate-filled discourse.

But timing matters. The fact that Trump’s victory in 2016 was immediately preceded by leaked recordings of him bragging about committing sexual assault said something about the status of women’s rights in the United States. Those who voted for Trump may not have personally endorsed his attitudes toward women, but were certainly willing to overlook it.

Similarly, Republicans retaining their House majority or expanding their control of the Senate will be a signal of tolerance toward anti-Semitism. Whether we like it or not, Pittsburgh is political. What remains in our control is whether or not anti-Semitism matters in America.

Yes, Synagogue Bloodbath Could Swing The Midterms — But Which Way?