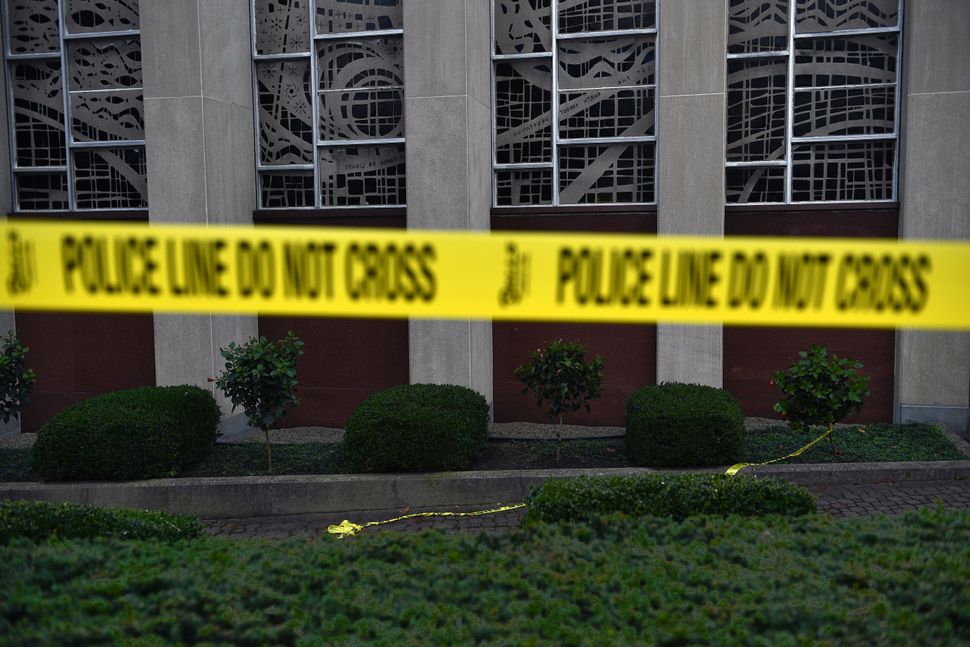 In the aftermath of the terrorist attack at the Tree of Life shul in Pittsburgh last Shabbat, many Israelis weighed in with messages for American Jews. The responses to the attack ranged from Prime Minister Benjamin Netanyahu’s sympathetic condolences to Ashkenazi Chief Rabbi David Lau’s patronizing insults.

But Zionist Union chief Avi Gabbay’s contribution – suggesting that American Jews should make aliyah – may have been the absolute worst, managing to demonstrate simultaneously his historical ignorance and his political tin ear.

Nobody needs a reminder that relations between Israel and American Jewry are strained. To reduce the myriad reasons to a singular cause is foolish. But one of the most salient factors is that American Jews feel that Israelis have no respect for their communities, lifestyles, and traditions.

This is what drives American Jewish anger at the non-recognition of Conservative and Reform streams of Judaism, at non-recognition of conversions by rabbis – including Orthodox ones – who are not on the Chief Rabbinate’s secret approval list, and at the withdrawal from the deal over who will control the egalitarian prayer space at the Western Wall.

American Jews want nothing more than true acceptance from their Israeli compatriots, which Gabbay understands on a superficial level, since in the same interview in which he urged us all to move to Israel, he also called for the Israeli government to reinstate the Kotel agreement. Yet in doing so, Gabbay committed the precise sin for which he busily castigates Netanyahu, and managed to do so in a more egregious way.

The American Jewish community is one of Jewry’s two power centers. After six million Jews were wiped off the face of the earth, American Jews were the one who kept Judaism alive in the world. We have been here for hundreds of years, living under the unprecedented freedoms afforded to us by our Constitution and accepted by the larger American society in a way that no other Diaspora community has been accepted in history.

What makes the Pittsburgh attack so remarkable is precisely how rare and unusual it is; American Jews have historically not expected to be victims of terrorism directed at them because they are Jewish.

The flip side of that is that the response from the government and ordinary Americans of all stripes is not at all rare or unusual. It would be jarring had politicians from all sides not rushed to condemn the attack, had vigils not been held in cities across the country, had non-Jews not immediately joined in solidarity with their Jewish neighbors.

That is not to say that anti-Semitism does not exist, or that Jews feel completely safe everywhere and at all times. People here on both the right and the left hate us for being Jews, and we have sufficient historical memory not to be naïve.

But it is a bizarre historical twist of fate that the overwhelming majority of non-Jewish Americans recognize that this is our home, while the Jewish head of the largest opposition party in the Knesset does not.

This country accepts us for who we are, while the man who wants to assume the mantle of worldwide Jewish leadership clings to the idea that we can never be fully American and that this is not our home.

When American Jews ask for acceptance from Israelis, it is not just to accept that our Judaism looks increasingly different from Israeli Judaism. It is to accept that we are a legitimate Jewish community in our own right, and not to hew to Ben Gurion’s approach that we can never live complete Jewish lives outside of Israel.

Furthermore, Gabbay’s words cheapen the Aliyah experience for American Jews and what makes it so special. American Jews often admire and praise their compatriots who choose to move to Israel precisely because it is a choice. We do not live under the constant threat of pogroms, we do not walk past the mass graves of our exterminated brethren, and we do not fear to wear kippot in public or sit in unmistakably identifiable kosher establishments.

When American Jews pick up their families and leave their friends and the creature comforts of the United States behind to be part of the greatest Jewish project of the last two millennia, we applaud them precisely because they are doing it out of pure love for Israel and not because they feel like they must.

In fact, moving to Israel nearly always involves greater hardship, and taking on a new and unfamiliar feeling of being under physical threat from terrorism or rocket attacks.

In treating American Jews as a community of frightened Jews under siege, not only does Gabbay reveal his fundamental lack of understanding of who we are and how we live; he denigrates the sacrifice and commitment of our family and friends who have voluntarily decided to join Israeli Jews’ ranks.

We make Aliyah because we want to and not because we have to. All Jews around the world should be so lucky.

I am worried about lots of things as an American Jew. I feel less safe during the Trump era than I did before, as neo-Nazis and white supremacists clearly feel emboldened. I am appalled at the easy acceptance of pernicious anti-Semitism on the left, where denouncing Israel and Jewish particularism is increasingly the price of entry.

But if Gabbay thinks that American Jews do not feel that this is their home, then he understands us even less than his colleagues in the government, who have repeatedly demonstrated their staggering ignorance of our community.

So I thank Gabbay for his invitation to make Aliyah, but if I ever accept it, it will have nothing to do with my feelings for the U.S. or for the terror that has temporarily shattered my sense of calm but not my sense of belonging.