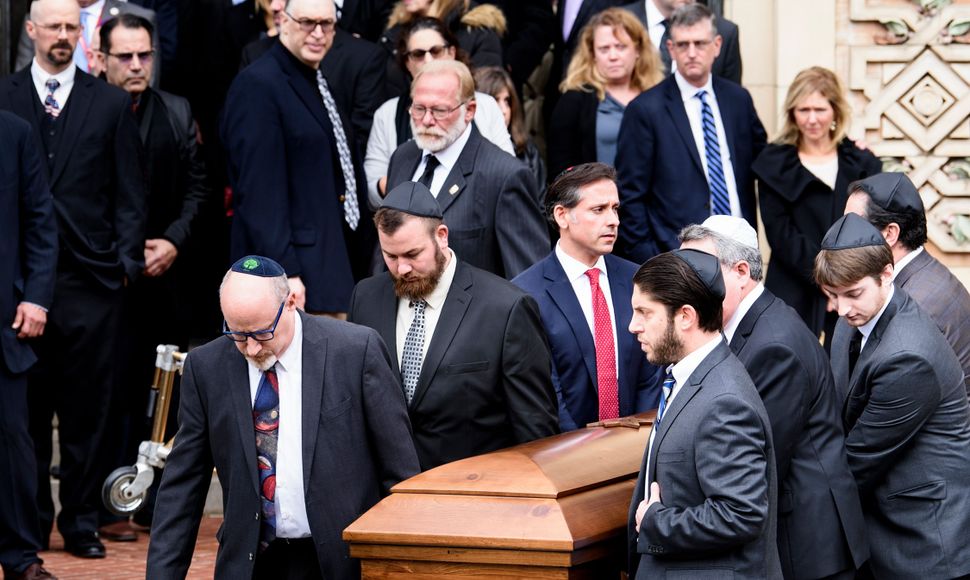 I had many great honors in the years I served as U.S. Ambassador to Israel. But the single hardest part of the job? The many funerals and shivas I attended.

Often I was visiting after a horrific terrorist attack took innocent lives. Sometimes it was to mourn Israeli soldiers who fell in battle. Less painful, but still sorrowful, were the remembrances of those who lived out their years and died in old age.

Whatever the circumstances, there was one rule I always tried to observe: Don’t bring politics into the shiva house.

That wasn’t always easy. An American Ambassador is, by definition, attuned to and associated with whatever is happening in the news. They are accustomed to being asked about, and offering views on, events of the day.

Sometimes family members, in the midst of their mourning, had things they wanted to say to me. It did not happen often, as most were focused on their family’s private loss. But there were occasions, especially after terrorist attacks, when mourners expressed raw feelings, even anger, about political matters. About President Obama. About Israeli leaders. About me personally.

Sometimes these things were hard to hear. I paid close attention to their words. But I never responded.

I felt, as someone who came to comfort the mourners, that my job was to listen. Whatever the mourners needed to say to help them get through their grief — a pain I could not even begin to imagine — they were entitled to it. Even if I disagreed. Especially if I disagreed.

On one occasion, I stumbled. In a pre-scheduled speech that fell on the day of the funeral of a tragic terror victim, a mother of young children, I included an emotional condemnation of the attack and tribute to her memory. But other remarks I made on policy matters were heard more harshly than I intended, and that became the headline. I felt awful. Not for myself, but for whatever chance the family had heard my remarks and it had added to their pain. I immediately called the grieving husband to express my regrets. He could not have been more understanding.

This week, as we mourn the 11 innocent Jews cut down in prayer at Pittsburgh’s Tree of Life Synagogue in the worst anti-Semitic attack in our nation’s history, various Israeli officials have come to pay their respects. They are people I know and have worked with and consider friends, even when we don’t always agree.

I humbly and respectfully offer them this advice:

Your words and gestures of comfort to our grieving community are deeply welcome. Representatives of the Jewish state coming to mourn Jews killed because they are Jews has great meaning. Thank you for being there to share our pain.

But please remember that you are in our shiva house. The families of the deceased suffer most of all, of course. But the entire Jewish community of Pittsburgh, indeed, all American Jews, feel that they have had their hearts ripped out.

Israel has much to offer to the discussion on the phenomenon of anti-Semitism in America. But as you make your rounds this week, please listen. Even if you hear things you disagree with. Please don’t bring politics into the discussion, in your private visits or your public remarks on these events. Not during shiva.

Please don’t lecture us on how we should feel. Talk about the deceased, the wonderful lives they lived.

Comforting mourners is a paramount mitzvah (commandment) in Judaism. The Rambam says it is one of the ways a Jew can express the central Jewish principle, “You shall love your neighbor as yourself.” The Shulkhan Arukh teaches us that when visiting a shiva house, we protect the feelings of the mourners by deferring to their lead: “The consolers are not to speak until the mourner speaks.”

President Trump’s visit to Pittsburgh this week was controversial for some. Many protested it, while others welcomed him. My criticisms about the President are well-known, and I believe his conduct must change. But it must be said: On the day of his visit, he acted appropriately for a shiva house. He was silent.

There are other reasons for Israeli officials to be cautious in their remarks on U.S. politics at this time. We are days before highly contested midterm elections. Emotions were running high even before the violent events of recent days. Respecting, and staying out of, the internal politics of democratic allies is a principle that should always be upheld.

And while Israeli leaders naturally and appropriately seek to maintain the best possible relationship with the President of the United States, the bipartisan basis of the U.S.-Israel relationship is best preserved when Israel does not become a political football.

But let’s go back to first principles of shiva. During this week, when the shock of our loss is so fresh and so searing, there is really only one thing Israeli officials need to say:

May the Omnipresent comfort you among the other mourners of Zion and Jerusalem.

That would be enough.