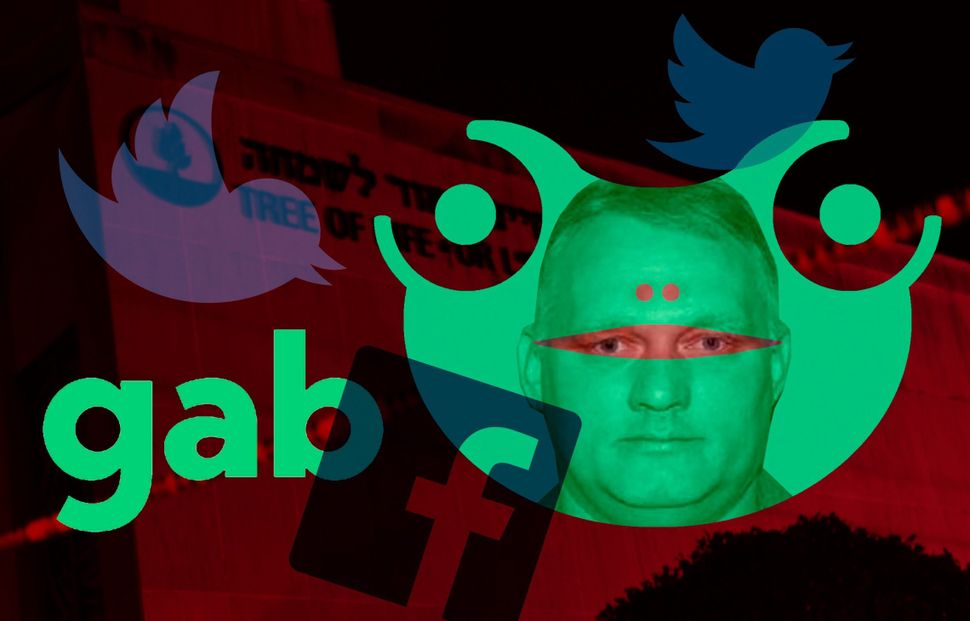 ‘I’m a strong supporter of people’s First Amendment rights to speak, whether it is speech I agree with or disagree with,” said Pennsylvania attorney general Josh Shapiro in the aftermath of the antisemitic massacre in Pittsburgh. He continued, “What is not tolerable in this country and what is not constitutional in this country is when — to allow speech that incites violence. And what we are examining from both a criminal and civil perspective here in Pennsylvania is whether these platforms are enabling language that is inciting violence.”

As Gab, the hater’s choice of social media networks, promises to be back online less than a week after hosting the virulent racist comments and community of murderer Robert Bowers, it’s the time to call bullshit on the pleas of “free speech” by America’s violent racists.

Free speech is not an unlimited right, even in America where a unique history has given that impression. Yelling “fire” in a movie theater is a famous counter-example but so is conspiracy and so, as per Shapiro, is incitement.

As a pluralistic country, built over the top of the natives, by immigrants fleeing religious and political persecution, America has shown an admirable principle of tolerance (if not always practice) through its 250 years. But it has yet to decide a strong principle of what to do with intolerance. White supremacy, for example, is beyond odious. The belief that white people are superior to others is clearly in contravention to America’s primary founding document. The Declaration of Independence states that “We hold these truths to be self-evident, that all men are created equal.” Would it really be so difficult to hold that direct contradiction of The Declaration of Independence is treason?

Jurisprudence has tended to say that the enemy of bad speech is more speech. But, with ideological outfits like Sinclair media and Fox branding their “enterhatement” as news and with niche social media networks designed and marketed specifically for racists, that argument simply does not apply. As never before there are national and international groups whose epistemological bubble is impermeable to fact or reason.

The problem lies not just outside mainstream social media and distribution networks. Indeed there are still whole areas of Facebook and YouTube occupied by vile racist propaganda as well as a constant-interweaving of soft-pedaled divisiveness. And that’s before we consider the bots and trolls that bedevil especially Twitter or the invidious ads promulgating lies and hate on behalf of shadowy paymasters that permeate Facebook and Google.

A Google ad for white supremacy, turned up on an innocent search. Image by Screenshot

Trolls, bots and bigots use mainstream social media to bully others into acquiescence or, after drawing opponents into flame wars, pull back to say “look, they are as bad as us.” A tiny minority of purveyors of hate on Twitter and Facebook are able to twist the conversation from national emergencies that are responsible for thousands of deaths a year like healthcare, economic equality and climate change to flame-fanning matters that have adverse effects on relatively few people like immigration, abortion or Israel.

For better or worse, the leaders of mainstream social media don’t know what they are doing. They barely know what they’ve done. This is not their fault, probably no one could have understood the breadth of their influence. But share price, user experience and technological innovation are clearly woefully inadequate measures for success in these fields. We need to help these leaders be responsible shepherds of society by providing them with clear legal and ethical signposts of what’s acceptable. The mixture of startup technologists and business-leaders who have ended up billionaires at the forefront of an industry that is changing society, the world and how we know the world need guidance and clear rules to play by.

The changes that Twitter et al are making to their Terms of service to banish “hate speech” are good but if there are no laws about it “hate speech” will just migrate to Gab and its ilk. That is not enough. Even in the absence of the federal agencies monitoring domestic hate groups we need laws or at least legal precedent — using existing laws — explaining what is acceptable free speech on social media. If Josh Shapiro is serious about shutting down violent hate speech he needs to set strong legal precedent for the distribution networks who enable it. Shouting “fire” in a movie theater is already illegal, carriers knowingly delivering bombs is illegal, shouting “I’m ready to kill Jews” on social media should also be illegal.