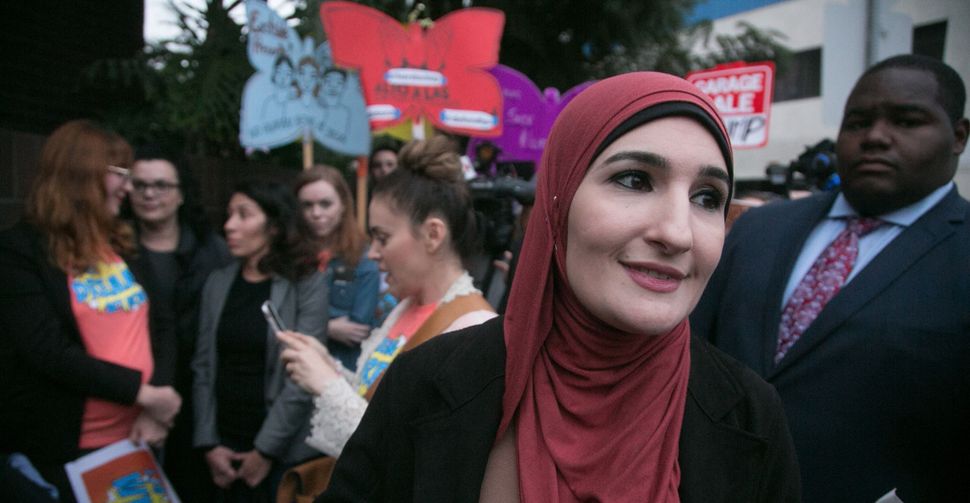 The Women’s March has been a hot mess since it sprang out of Pantsuit Nation’s white feminism.

In its scramble to become more intersectional than its predecessor, its leadership was quickly filled by a diverse group of women. Regardless, many Black women, Women of Color, and trans and gay women still did not feel at home during the March.

And many Jewish women have also felt left out of their intersectional vision – to this day, a gaping hole remains in the March’s unity and mission statement where the Jewish experience should be included.

Their glaring history of gaffes around Jewish intersectionality is vast, and has long been a sore spot for Jewish feminists. Most egregious has been three of the March’s leaders fostering a close relationship with the leader of the Nation of Islam, Louis Farrakhan, known for his anti-Semitic, misogynist and gay-/transphobic hate speech.

Many from the Jewish community are now ready to throw our hands in the air and abandon the Women’s March all together.

The truth is, the biggest threat to all women in America right now is not the leader of the Nation of Islam. It is white supremacy disguised as white nationalism.

In fact, Farrakhan himself is a symptom of white supremacy’s legacy.

Not only that, but when Jewish women choose to accept narratives that separate us from the intersectional movement, we, too are allowing our stories to be dictated by white supremacy.

As Executive Director of the Western States center, Eric Ward, explained explained in his crucial piece on the role of anti-Semitism and racism in white supremacy, modern white supremacy sees Jews as a sinister, camouflaged race of “others” seeking global domination by riling up Black people and immigrants in a conspiracy to eliminate white power. It seeks to exploit divisions in order to prevent this from happening.

By this very definition, white supremacy has given us a critical call to action: Ally. Up.

In order to fight the greatest threat posed to us, Jewish women, in all our diversity, must be part of a true fortress of allyship with non-Jewish Black women and non-Jewish women of color.

And we must become experts in spotting how white supremacy works to undo that allyship.

We must learn to recognize how white supremacy sows distrust, jealousy, and betrayal in marginalized communities, exploiting our pre-existing divisions.

Most crucially, when these divisions and fault lines between our communities appear, we must learn how to call each other out in a way that’s different than calling out racism in white supremacy.

We need to recognize that treating our Sisters as if they hold more power than they do is violating, erasing and, ultimately, a tool of white supremacy itself.

It is not useful to simply call each other out once a division has revealed itself. We must constantly ask ourselves how it got there, why it seduced any of us, and what truths we must reckon with to mend them.

We must realize that a self-important, bigoted leader would have never been able to insert himself as the hero of a vulnerable community if that community had not been made vulnerable to begin with.

We must realize that while we are justified in naming what makes us feel unsafe, we are also demanding that some of those people who the Nation of Islam has helped place our discomfort over their liberation – often without us having done much ourselves to protect them.

For white and white-presenting Jewish women, at the very moment when we are feeling the ancient vulnerabilities of our historical people and ancestors, we suddenly find ourselves twisted between how much privilege we currently have in America and the harmful and traumatic anti-Semitic canards that claim we have more power than we do.

Yet at the same time, white-presenting ethnic Jews must come to terms with how we have historically absorbed and acted out racism, intentionally or not, and why.

Regardless of our history, ethnicity or vulnerability, when American racism is built on anti-Blackness, we still represent whiteness in the eyes of those who do not even have the option of adopting whiteness.

The messages and language of upset and anger can be painful and harmful when aimed at those who have even less social power.

This includes how willfully or not we employ this power when challenging ideas and calling out anti-Semitism.

It simply makes no sense to demand that the March include us in their intersectionality when we are not employing an intersectional lens ourselves.

For example, we can point out its errors without writing off its contributions. It is also important that, in calling out such errors, we do not weaponize ourselves with the same systematic codes that have torn us apart.

We can also recognize that even in her biases, she has also reliably, vocally and financially supported American Jews when we have experienced attacks and tragedies.

We can recognize that Tamika Mallory, a single mother who lost her child’s father to murder, has done extraordinary work for the civil rights movement, and made breathtaking achievements as a Black woman in a country that has done everything to stop her. We can recognize that the NOI may have played a big role in supporting her in the process.

We can recognize these things without it meaning that we are apologizing for the harm either of them may have caused us in the face of white supremacy’s lies and threats.

We can recognize them for the fact that they remind us that they, too, are struggling for their humanity as they struggle for all of humanity. And because this is their struggle and their end goal, like us, they are worth the labour.

But above all, we can ask them to be mindful of our pain without resorting to causing them more of it.

Even if they have deeply hurt us, even if they still are not where we would like them to be, we must remember that resorting to racist and Islamophobic weapons and ignorance in retaliation unnecessarily harms not only them. It harms all Black and all Muslim women.

Most of all, it harms our chances of sealing those bonds that we all need to render white supremacy’s greatest fears true.

The Women’s March is about women rejecting a system that has torn us from each other for too long. As Jewish women, we need stay present to make our voices heard and to hear other’s voices.

Which is why we must not throw our hands in the air. We must keep working to join hands.

If we choose the path that requires the hard, uncomfortable labor of working through our painful divisions towards truth, we will render white supremacy’s greatest fears true.

We will all replace them.

Sara Bobkoff, aka @1littleBIGMOUTH, is a storyteller, writer and story alignment coach. She is currently writing a book that is already a best-selling novel in her mind and making her Bubba shvitz.