Ivanka Trump’s Privilege Blinds Her To Her Own Hypocrisy 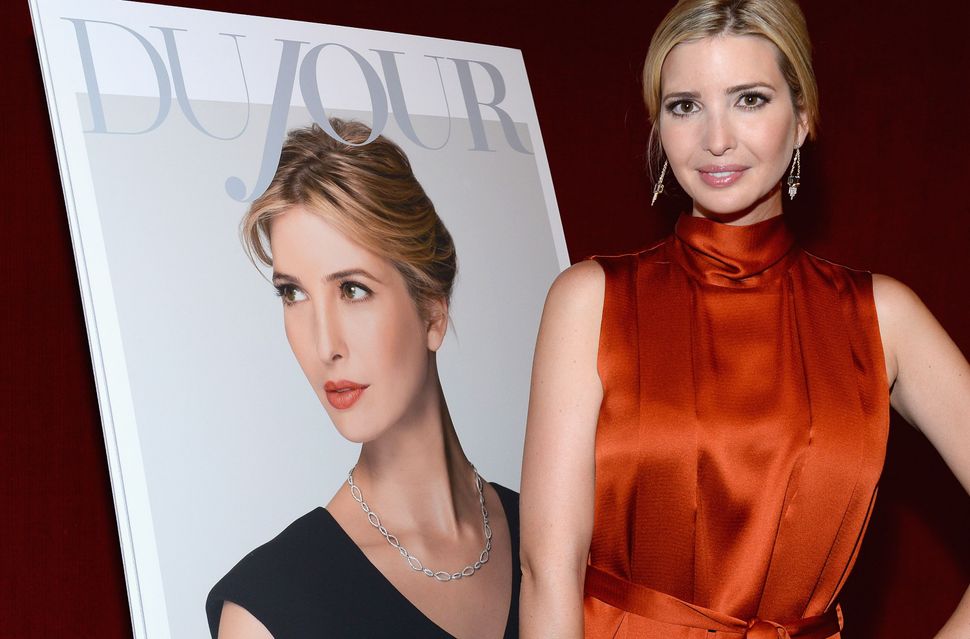 I’m old enough to remember when Ivanka Trump was a feminist Democrat who was going to moderate her father’s racist policies.

There was a time when I told myself that the employment of the president’s completely unqualified daughter was actually a good thing.

After all, she had been a Democrat for years and so had her husband.

I had forgotten that the president’s smooth blonde daughter was actually a pseudo-feminist — the kind of power-adjacent Vichy feminist who cloaks her father’s misogyny in feminist doublespeak and jargon.

Business Tip No. 2 from my #WomenWhoWorkBook: When it comes to networking, a single strong bond is better than a stack of business cards.

Quickly, reality set in. Ivanka was there in the White House sitting by her father’s mango-colored ear, but she was either not interested in or not capable of enacting any policies or tempering her father insane executive orders.

Perhaps we shouldn’t have been surprised that the presidential daughter most famous for running sweatshops turned out not to be a champion of human rights.

She wanted patents and she enjoyed parties and photos ops, but she wasn’t interested in the nuts and bolts. Perhaps we should have always suspected that princess Ivanka was mostly concerned with growing her brand via playing at governing.

Talking #WorkforceDevelopment and Infrastructure in Iowa today! @realdonaldtrump’s #Infrastructure initiative includes a robust plan to expand skills-focused learning to prepare the next generation of American workers for 21st century job opportunities. Thank you @kimreynoldsia for your commitment to STEM education and skills training and for all the amazing work that you are doing in the great state of #Iowa! ?: Rodney White, The Register

But it wasn’t until Monday when we learned that Ivanka Trump had been using a private email server well into her tenure as a government employee.

One might remember Ivanka’s father leading chants of “lock her up” about his political rival Hillary Clinton, who had also used a private email server.

It’s hard to imagine a more ironic turn of events.

Of course, when confronted with this email breach, Ivanka said “she was not familiar with some details of the rules,” according to people with knowledge of her reaction. 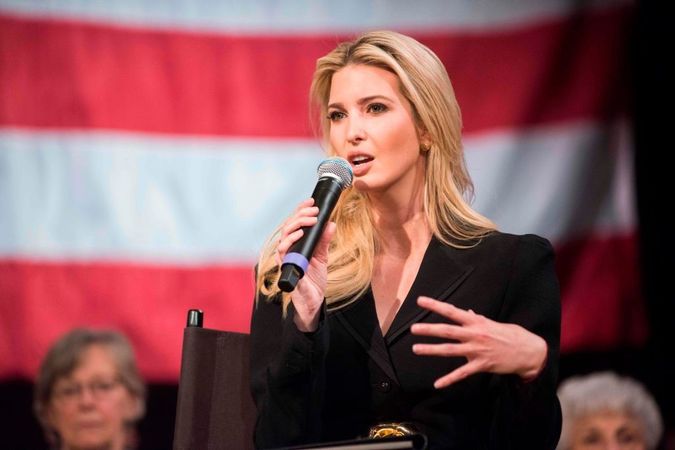 Advisor to the President Ivanka Trump speaks at the Derry Opera House during a town hall with residents of Derry, New Hampshire on April 17, 2018. US Secretary of the Treasury Steven Mnuchin and Advisor to the President Ivanka Trump both were present to host a town hall discussion to mark Tax Day and highlight the benefits of the Tax Cuts and Jobs Act, according to the Treasury Department. Image by Getty Images

Perhaps the most damning indictment comes from the fact that the White House tried to hide Ivanka’s use of private email server by, in its usual fashion, lying and saying that it was Jared Kushner who sent the emails and that while Ivanka might have sent a few, she in no way sent as many as Jared did.

I know that this White House lying is unsurprising at this point, but it does seem like they knew what she had done was wrong.

Why did Ivanka break the rule that her father won the election on?

It’s impossible to know her thinking, but the Trump’s do seem to act as if there’s a different set of rules for them than for the rest of the world.

Ivanka grew up, as I did, in 1980s New York City. It was a city ruled by wealth and privilege but also covered in a sticky veneer of poverty. From the squeegee men begging to wash your car windows to the homeless men sleeping in doorways, 1980s New York City was a study in class warfare.

While most people rode the graffiti-covered subways, Ivanka went to school in a limousine, lived in a golden townhouse and didn’t have to worry about getting mugged on the way to school.

She lived in a world unlike the world that the rest of us lived in. And this idea of specialness, this inability to live by the rules that governed the rest of us, never left the Trump kids.

Ivanka Trump is many things: A fake feminist, a cover for her father’s anti-Semitism and complicit in President Trump’s inhumane policies.

And on Monday, we learned that she is also very like her father in her complete inability to take responsibility for her own crimes (and in this case, misdemeanors).

Ivanka is a spectacular hypocrite of the highest order.

But luckily for her, no one on the left is cruel enough to lead chants of “lock her up.”

Ivanka Trump’s Privilege Blinds Her To Her Own Hypocrisy