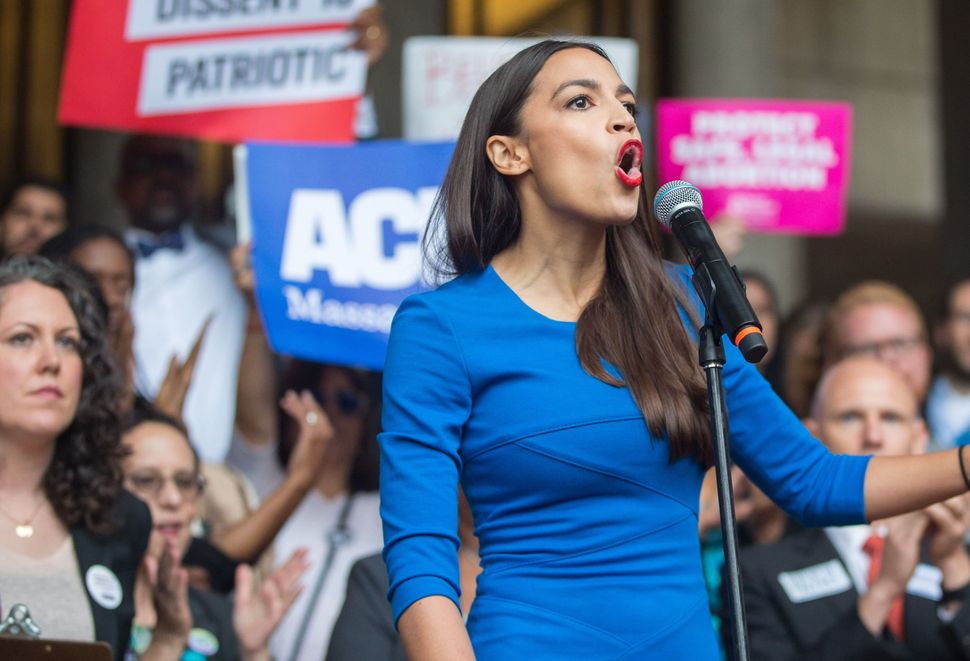 Regular comparisons of today’s persecutions to the Holocaust rightly rankle those of us who lost family as a result of the Nazi attempt to annihilate European Jewry.

Whether it’s Louis Farrakhan’s assertion that blacks have suffered a “holocaust 100 times worse” than what the Jews faced during World War II, or PETA’s impressively tone-deaf “Holocaust on Your Plate” traveling display, using the Holocaust to promote an agenda – hateful black supremacy or animal rights – is odious.

The latest of these seems to be incoming congresswoman Alexandria Ocasio-Cortez’s comparison of what European Jews suffered in the 1930s and what Central American migrants at our southern border have undergone.

But, if you are rankled this time, you may be one of many victims of misplaced sanctimony.

A host of right-wing writers have been gleefully asserting that Ocasio-Cortez sinned against the memory of the Holocaust. The critics relied, as so often, on their readers’ willingness to accept their characterizations and not bother to consult the actual record.

What Ocasio-Cortez actually tweeted, after a group of the asylum seekers on the southern border was teargassed, was the following:

Do you see anything objectionable in her including refugees from the Holocaust among a list of beleaguered people seeking safe harbor on our shores? If you do, please try to get some sleep.

Senator Lindsey Graham responded to Occasio-Cortez’s tweet with one of his own, claiming that the incoming representative had “compared members of the migrant caravan attempting to enter the United States to Jews fleeing Nazi Germany during the Holocaust” and that “I recommend she take a tour of the Holocaust Museum in DC. Might help her better understand the differences between the Holocaust and the caravan in Tijuana.”

Yes, the differences are many and meaningful. But Mr. Graham set up a straw woman. Occasio-Cortez never compared anyone’s suffering with anyone else’s.

Whatever one thinks about current immigration laws and rules, there is no denying that the U.S. has long offered asylum to people from afar who can reasonably demonstrate that their lives are endangered in their native lands. And some, if not all, of the caravan migrants at our southern border are due no less consideration than other fearful refugees.

That is what the incoming congresswoman wrote. Nothing else, nothing more.

Ironically, back in 2017, in response to President Trump’s declared desire to limit refugee immigration, a spokesman for the U.S. Holocaust Memorial Museum, the one Senator Graham recommended that Ocasio-Cortez visit, invoked the fate of the many Jews who were denied admission to the U.S. and other countries during the Holocaust.

Many in the Orthodox community — my community — have swallowed the mischaracterization of Ocasio-Cortez’s words. I know why, I think.

“Progressives” are automatically suspect, whether rightly (which is often) or wrongly, to those of us who embrace conservative values. We also are deeply concerned with Israel’s security. And the first we heard of Ocasio-Cortez was when she introduced herself with a reference to the “occupation of Palestine” and an unfortunate reaction to Israel’s killing of violence-bent Palestinians at the Gaza fence this past summer, which she called a “massacre.”

But, to her credit, she admitted soon afterward, amid protest of her comments, that she is “not the expert” on the Middle East; and she promised to “learn and evolve” regarding Middle East affairs. To me, that’s a remarkable admission, and one that should be gracefully accepted.

Unfortunately, though, others aren’t ready to forgive her for her original words, and are thus all too eager to accept misrepresentation of her refugee comments.

Be all that what it may, what should remain from her contretemps with Senator Graham is her final response to his invoking of the Holocaust Museum.

“The point of such a treasured museum,” she tweeted, “is to bring its lessons to present day.”