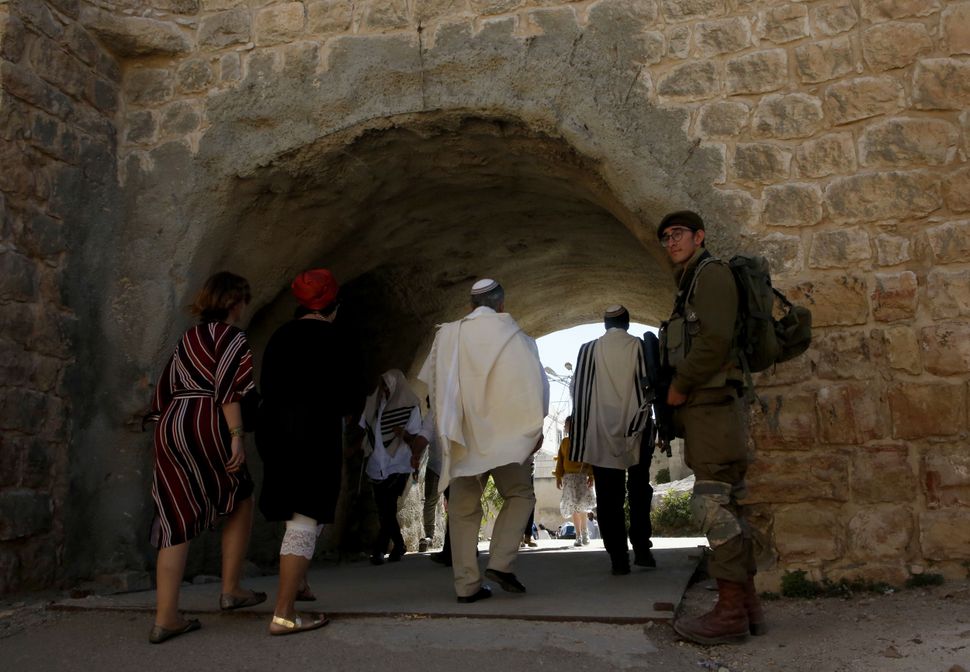 When I was growing up there was a memorable commercial on TV against drug use. A father, finding a basket of illicit drugs in his son’s closet, confronts him with rapid-fire questions, finally yelling at him:

“Who taught you how to use this stuff?!”

And the cornered son blurts out, “You, alright! I learned it by watching you!”

The Dad is stunned and shamed into silence. The message of the commercial, along with “Just Say No,” is clear: Before you chastise others, look at your own actions.

Such an inward accounting is sorely lacking when it comes to the Airbnb brouhaha.

Recently, the vacation rental site Airbnb decided to delist Jewish rentals located in the West Bank or Judea and Samaria. “When we applied our decision-making framework, we concluded that we should remove listings in Israeli settlements in the occupied West Bank that are at the core of the dispute between Israelis and Palestinians,” the company wrote.

Israel responded with outrage over what it says is a specifically anti-Israeli-Jewish policy and vowed to fight the decision. But here’s the thing: For all our righteous indignation at how Airbnb is treating Jewish homeowners in Judea and Samaria, Jewish organizations have been de-listing and de-platforming the “settlements” for decades.

It is well known that Birthright does not take their participants over the Green Line. And of the millions of dollars raised by the Jewish Federation of North America, scant few get to Judea and Samaria. Despite a 2016 decision to stop the half-century ban on visits and support to Jews of Judea and Samaria, only a trickle of funds are applied there, and some branches disallow it completely.

AIPAC only has fig-leaf tours of the heartland, and of the hundreds of speakers at their yearly Policy Conference, there are few representatives from Judea and Samaria, and fewer sessions dealing with the topic of the “settlements.”

All this goes to show that there is a blackout on Judea and Samaria in the organized Jewish world; the most powerful Jewish organizations are either uncomfortable with the existence of Jewish life in these areas, or openly opposed to it.

This, of course, is all secondary to the fact that while the world’s most powerful Jewish organization — the State of Israel — is undeniably a supporter, protector, benefactor and developer of Jewish communities in the biblical heartland, it also has an ambivalent policy toward Judea and Samaria. Israel has put obstacles in the path of those seeking to build there, including destroying neighborhoods under pressure from pro-Palestinian petitioners and neglecting to annex the very lands it now demands Airbnb recognize as legitimate Jewish and Israeli rental destinations.

After two years of badgering by far-left anti-Israel groups, Airbnb probably looked to how the State of Israel and the major American Jewish organizations treat the “territories” and said, as the boy in the drugs ad, “I learned it by watching you!”

Moreover, the Jewish establishment’s suppression of Judea and Samaria has led to the crude accusations of IfNotNow and their ilk who claim that behind the blackout curtain of the “West Bank” is only occupation and subjection. In their wanton ignorance, they speak nothing of the Jewish people’s ancient connection to this land, nor the many points of cooperation and coexistence between Jews and Arabs that happen on a daily basis.

The only way to alleviate the perpetual “Occupation Accusation” is to open up the black box, and show young Jews the beauty of the life and the challenges we face in the heartland of the homeland. There is so much hope here, so much beauty, but the blackout keeps all the light from coming out.

Today, we are sending a mixed signal to our young people: On the one hand, Israel is quietly boycotting Judea and Samaria, while on the other hand, going nuclear when Airbnb does the same. This will only serve to push the next generation further away.

Since we’re the Dad in the commercial, we should be feeling pretty sheepish at this point. But there’s hope. If we find ourselves recoiling against negative treatment of Judea and Samaria by outsiders, let’s openly admit that we want to stop engaging in similar policies against Judea and Samaria ourselves!

All those who want to look at the situation realistically will concede that Israel will never leave Judea and Samaria. Approximately 650,000 Israelis — about one in 10 Jews — live beyond the Green Line and are deeply attached to the land. These residents pay Israeli taxes, drive on Israeli roads, send their kids to Israeli schools, and buy Israeli groceries, all under the protection of the Israel Defense Forces.

Judea and Samaria are Israeli territories, and while not quite annexed, are also far from being rejected.

It’s time to accept “settlements” for what they are, Jewish communities that are part and parcel of the land and the State of Israel.

Until we can admit our inextricable link with Judea and Samaria fully and openly, without caveats and provisos, we will continue to give those who wish to push us out of our land the intellectual foothold to try, whether by European boycott and labeling efforts, more delistings and deplatformings, or through other creative tactics.

In the wake of Airbnb, the best answer is to show them, and all the BDSers, that we won’t boycott our own. Answer the discrimination against Judea and Samaria by making sure Birthright groups visit the Tombs of our Founding Fathers and Mothers in Hebron. Answer them by ensuring that Federation money builds a kids’ park in Beit El. Answer them by having Judea represented fairly on panels at AIPAC’s Policy Conference.

Airbnb-Gate might just be a blessing in disguise. Maybe the home rental site’s bias will cause us to make order in our own house. Maybe their policy of discrimination will help us challenge, and fix, our own.