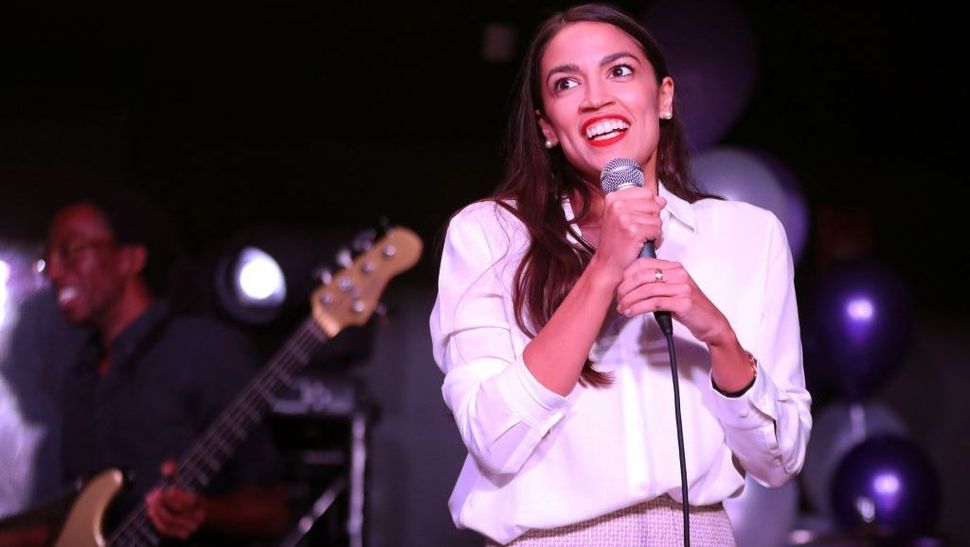 It happens at least once every semester: a student learns that I teach courses in Jewish studies at my university here in southeast Texas and comes to visit me during my office hours.

In most cases, I have never met this student before, and at first, the conversation is hesitant, as if the student lacks the language to even speak about what she has come to talk to discuss. Inevitably, we get down to the heart of the matter, and the student confesses the reason for her visit: “There are Jews in my family ancestry and I wonder what that means.”

I thought of my students when I heard the news that Alexandria Ocasio-Cortez, a newly minted congresswoman from New York, revealed her own Sephardic Jewish heritage through her Puerto Rican ancestors while at a Hanukkah celebration in the Queens congressional district she will soon represent.

“Generations and generations ago, my family consisted of Sephardic Jews,” Ocasio-Cortez said Sunday. “So many people practiced Catholicism on the exterior but on the interior they continued to practice (Judaism).”

Ocasio-Cortez later qualified in a series of tweets that she didn’t mean she was genetically Jewish but that there was a cultural tradition in her family to this effect.

It’s exactly this kind of narrative that my students bring to me.

Because of where my university is located on the borderlands between Mexico and the United States, the typical student I receive during these visits has Mexican ancestry. Some students hail from the Northern Mexican region around the city of Monterrey, in the state of Nuevo León; others are from neighboring states like Coahuila. Some simply come from Tejano families who have lived for a couple hundred years in the area that became part of the United States when Texas achieved statehood in 1845.

During the colonial period in Mexico, these regions were heavily settled by crypto-Jews and conversos, Jewish souls who sought refuge in the border regions of the north to escape the heat of the ongoing Mexican Inquisition in the 16th and 17th centuries.

The inheritors of this Jewish migratory history who make it to my office as curious students come as seekers on an understandable quest for an inheritance that centuries of hiding, assimilation, and further migration has drummed out of their family’s memory. Their journey to recover and honor their Jewish heritage and to learn how to express Jewish connections without offending other Jews always seems to me like a noble endeavor.

Just one week ago, a student, now in law school, who worked with me last year as he wrote a thesis on Arabic-language autobiographies of Mizrahi Jews in Israel, called me excitedly to share that he too has learned of the Sephardic Jews in his family through his Tejano ancestry (and before then, the Canary Islands). He asked me what I knew about Benjamin Cardozo, the storied Sephardic Jewish United States Supreme Court Justice from New York, whose foundational articulations of common law on the bench make him canonical reading for scholars of American law.

Clearly, this young law student I had mentored was looking for a way to make sense of his own career and life path with a new recognition of an ancestry he had never consciously been aware of until he was already in law school. But now he was very much aware, and he was looking for role models, as any young person would. I never thought until last week that I could be the guidepost to his (or anyone else’s) Sephardic Jewish history.

Ocasio-Cortez is barely five years older than my former student and will be the youngest congresswoman in American history. Many of the Jewish responses to her admission have been, not surprisingly, filtered through the political outlooks of the respondents in question. Some wondered skeptically if she would instrumentalize this ancestry for political ends even though the votes in her election have already been counted.

I am so embarrassed…

However many generations ago does not Jew make!

Just as much jewish as #ElizabethWarren is Indian…

Others expressed concern that she could use this affiliation to speak in the name of Jews on political issues related to Israel, an ongoing issue in her DSA caucus that has already brought Ocasio-Cortez a great deal of media scrutiny, despite (or, indeed, because of) the fact that she has not staked a clear position on the inflammatory question of the movement to boycott, divestment from and sanction Israel.

Still others saw shades of the story of the recently elected New York state senator, Julia Salazar, who campaigned as a “Jew of color” with Colombian immigrant ancestry.

Her and Julia Salazar should form a club of people lying about being Jewish.

Part of what was difficult about the debates surrounding Salazar was that those who underwent conversion into Judaism found it particularly dishonest of Salazar to call herself a Jew without, apparently, having completed a formal conversion, which has a relatively established protocol that converts in all streams of Judaism must follow to be accepted into normative Judaism.

Salazar and her defenders, on the other hand, called out racial discrimination in the targeting of a Latina candidate whose Sephardic Jewish heritage is markedly different than that of the majority Ashkenazic Jewish establishment in the United States.

In the end, Salazar’s unclear status as a Jew did not prevent her from winning the Democratic primary in her state senatorial district, which sealed her election to the New York State Senate. Yet the debates around Salazar revealed a general lack of knowledge of the complications that attend Sephardic ancestry in the Americas.

For many, like my Tex-Mex students, that history is a state of unknowing that puts inheritors in a difficult bind once they do learn the truth of their complicated family histories.

If they embrace their Jewish roots, they can be accused of philo-Semitism or a false sense of membership into what Benedict Anderson called an “imagined community.” If they ignore it, they risk losing the understanding of the intricate and yes, intersectional, nature of the experience of their Latinx heritage in the Americas.

One is tempted to ask what sorts of potential allies normative American Judaism loses when it fails to acknowledge what the meaning of that ancestry could be?

It seems that there should be a way to forge some sort of inclusion of this inheritance without reducing it to a throwaway command to “get thee to a rabbi”. If my experience teaching in Texas has taught me anything, it is that we must, at the very least, become more knowledgeable readers of the language and the stories of Sephardic Jews in the Americas if only because it will create a far more differentiated picture of the political and social status of American Jews than the one we have today. Maybe we will be surprised by what truths we learn about ourselves. Or, as Ocasio-Cortez put it in a tweet the day after her Hanukkah declaration:

“If anything, the stories of our ancestry give us windows of opportunity to lean into others, to seek them out, and see ourselves, our histories, and our futures, tightly knit with other communities in a way we perhaps never before thought possible.”