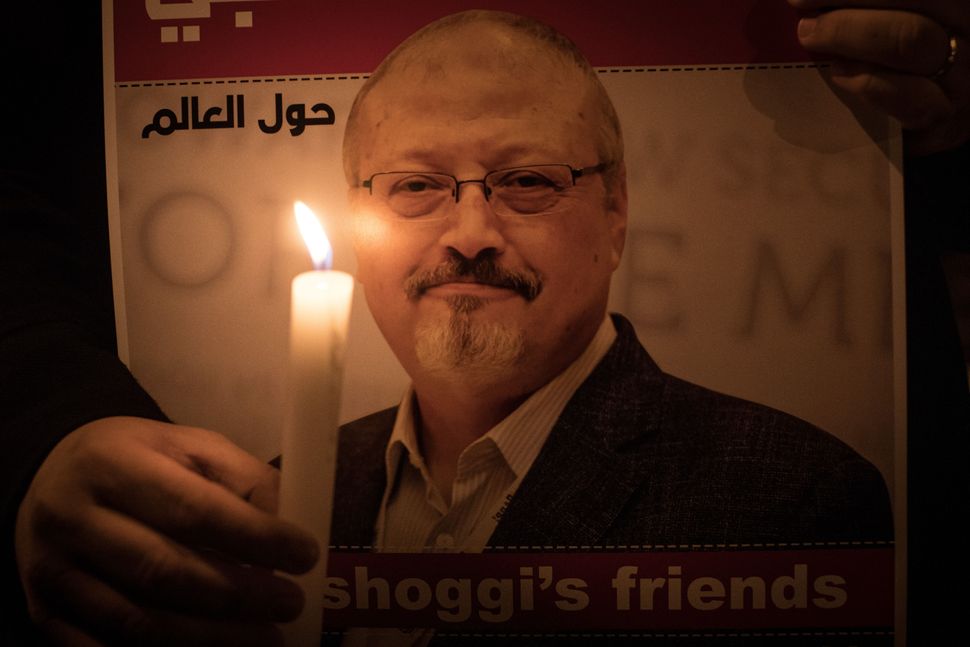 As a journalist, especially as a Jewish journalist, I was gratified that TIME magazine chose to honor the members of our profession who have displayed extraordinary courage, even at the cost of their own lives, simply to do their jobs.

“The Guardians” is how editor Ed Felsenthal described the group of journalists, alive and dead, designated as “Person of the Year,” whom he praised for “taking great risks in pursuit of greater truths, for the imperfect but essential quest for facts that are central to civil discourse, for speaking up and for speaking out.”

It’s rare for TIME to bestow this annual honor on more than one person; unprecedented to give it to someone no longer alive. But these are rare, even unprecedented, times.

By choosing four honorees from four countries, and creating four distinct print magazine covers, TIME highlighted the scope of the threat to press freedoms everywhere. But it also blurred the differences among them, and that’s too bad, because one threat ought to be highlighted above all else: state-sponsored attempts to discredit and silence journalists.

Jamal Khashoggi, the lead honoree, was brutally murdered on the orders of the Crown Prince of Saudi Arabia — even Republican supporters of Donald Trump find the evidence convincing.

Maria Ressa, the CEO of Rappler, an online news site she helped establish in the Philippines, has bravely stood up to her country’s autocratic ruler and now faces prison on manufactured charges because of it.

Two young reporters for Reuters, Kyaw Soe Oo and Wa Lone, were wrongly sent to prison in Myanmar for documenting the deaths of Rohingya Muslims.

The outlier in this courageous quartet was the staff of the Capital Gazette in Annapolis, Maryland, where a mass shooter killed five journalists in June.

My point is not to diminish the horror and injustice visited upon that newsroom and the community it has served for, literally, centuries. The targeted attack by a disgruntled man who had a long-standing grudge against the paper occurred in an atmosphere where the unconscionable proliferation of guns and the persistent attacks on the media certainly made it more likely that a newsroom would turn into a war zone.

But the route from that massacre to official political power is an indirect one. Not so with the other examples.

The murder of Jamal Khashoggi, the threats and harassment against Maria Ressa, the imprisonment of Kyaw Soe Oo and Wa Lane, all are made possible and even encouraged by the autocratic regimes in those countries.

And who gives succor to those regimes? Why the Trump administration and its few global allies.

The disgusting “friendship” between Prince Mohammed bin Salman and Jared Kushner, presidential son-in-law and special adviser, has enabled the Saudi kingdom to escape any sort of retribution for the horrific dismemberment of Khashoggi, who was a Virginia resident and a columnist for The Washington Post. The White House has literally let the Saudis get away with murder, while the pathetic cries of their cronies in Congress go unanswered.

President Trump boasted of a “great relationship” with Philippine President Rodrigo Duterte at their first meeting last year, even praising him for conducting a bloody drug war that has resulted in thousands of extrajudicial killings and evincing no concern about Duterte’s abysmal record on human rights.

And the Trump administration has refused to punish the Myanmar government for the genocide it is committing against Rohingya Muslims. Even House Republicans on Tuesday rebuked the White House for ignoring the atrocities that have created one of the world’s fastest growing refugee crises.

I am sorry to say that the government of Israel is also complicit.

In November, Prime Minister Benjamin Netanyahu said that the Khashoggi killing was “horrendous” but really, Saudi stability is more important.

In September, Netanyahu welcomed Duterte on an official state visit.

And last year, the Israeli government refused to stop the sale of weapons to the Myanmar regime, even though those weapons enable the mass murder of the Rohingya.

It is no coincidence that Netanyahu, and to a greater extent Trump, routinely demonize the media in their respective countries and willfully discredit its necessary work.

So in honoring TIME’s journalists, let us not forget that the threats against the media are enabled and enhanced by political leaders who trample on press freedoms and endanger democracy the world over in the process.