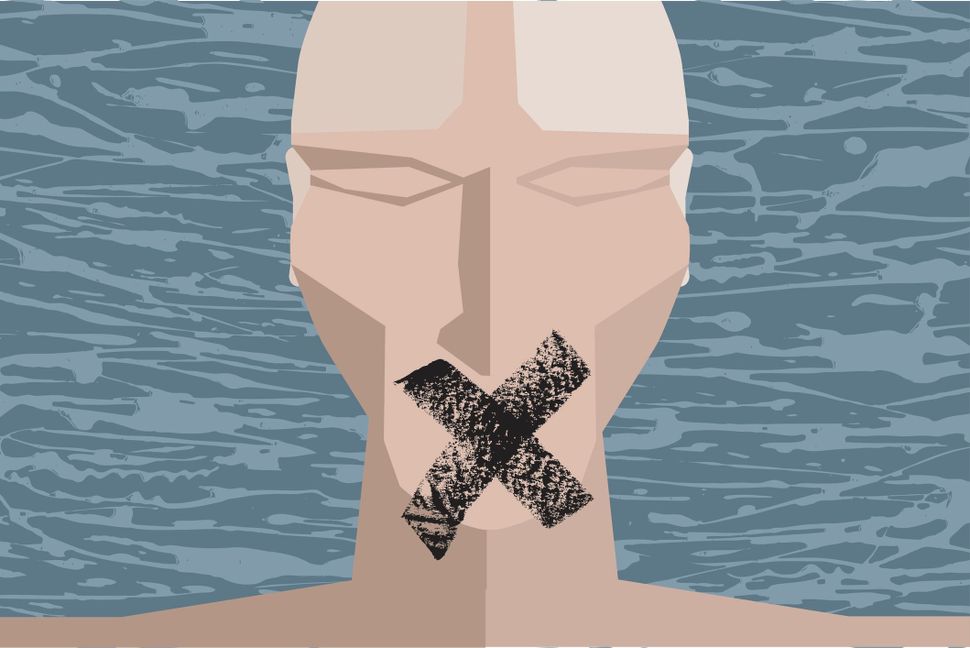 A major bill affecting American civil liberties and U.S. foreign policy towards Israel is being debated behind the scenes in Congress and may be attached in the dark of night to the end of year Omnibus spending package. This bill – S. 720, the Israel Anti-Boycott Act (IABA) – is fundamentally flawed at its core in a manner that should offend progressives and conservatives alike: it violates the First Amendment right to political free speech.

As a progressive Jewish Democrat with a strong personal connection to Israel and a professional national security background, I have been fortunate to have helped form two of the country’s leading organizations working on Israel-related political issues, as the founding Political Director of J Street and a founding Board Member of the Jewish Democratic Council of America. I believe in the mission of these organizations, as they are focused on promoting peace, human rights, and democracy – values that are central to both the United States and Israel.

These organizations were created because existential threats to both Israel and the United States require robust political activism. In the case of Israel, it’s failure to obtain a peace agreement with the Palestinians has set it on a path of continued pain, insecurity, and isolation. In the case of the United States, the failure to confront anti-Semitism at home by our President puts ordinary citizens at heightened physical risk. The solution to both of these threats is to change the politics that govern the decisions affecting Israel and the United States, which is what these organizations do.

If we have learned anything from the past two years, it’s that we cannot take our democracy for granted and that we must instead continually speak out against injustice, intolerance, and hate. That should be the standard against which any legislation affecting America’s relationship towards Israel is judged. In an era of rising intolerance and authoritarianism both at home and abroad, Congress should not facilitate further erosions of our civil liberties. By this measure, the IABA doesn’t pass the test.

The IABA has been described by its proponents as an “anti-Boycott, Divestment, and Sanctions (BDS)” bill. But the bill, which intends to prevent individuals and organizations from commercially boycotting Israel, has two major flaws. The first is that it criminalizes economic freedom of choice – meaning that the right of individuals and organizations to choose whether to engage Israel commercially is now subject to penalty. The second is that it conflates the West Bank, over which even Israel does not claim full legal dominion, with the recognized State of Israel, essentially treating them as one entity and legitimizing the Israeli occupation of the West Bank and Gaza Strip.

The result is that the lABA legislation advocates for domestically authoritarian actions while ignoring sound foreign policy backed by longstanding bipartisan support in the U.S., as well as in Israel and the international community.

Personally, I disagree with BDS activity towards Israel. I believe in diplomatic engagement in order to resolve disputes. But that is an ideal goal. In reality, diplomatic engagement between Israel and the Palestinians is nearly dead, with the Trump Administration actively preparing to bury the coffin.

And this is where the philosophical debate about BDS is driving American policymakers and pro-Israel activists off the rails.

First, BDS is not the cause of the greatest current threat to Jews worldwide. Right now, that is right-wing extremism, as seen in my hometown of Pittsburgh, where a white nationalist murdered 11 of my hometown neighbors in a hate-filled rage. The other major physical threat towards Jews – terrorism against Israel – is also not tied to BDS; terrorism began well before the BDS movement, and paradoxically, has been dampened down in recent years largely due to Palestinian Authority security measures taken jointly with Israel. I wish that American politicians and the pro-Israel activist community advocating for the IABA would expend more of their political capital in these last days of Congress determining how to better protect American Jews here at home, rather than fighting about an issue not central to current Jewish physical security.

Second, BDS is not preventing Middle East peace. That fault lies squarely on the shoulders of the Israelis and Palestinians, with a heavier responsibility on Israel, as it has full physical control of the occupied territories. There is more than enough blame to go around, and as I mentioned earlier, President Trump has been no supporter of Middle East peace, despite his protestations. He has taken multiple one-sided actions against the Palestinians that favor Israel’s hawkish government, such as cutting Palestinian aid and moving the U.S. embassy to Jerusalem, but predictably, has seen no palpable improvement in the diplomatic environment between these adversaries. Yet BDS is not central to this failure to achieve peace. It is in many ways a consequence of it.

Third, BDS is not undermining our country’s civil liberties, but efforts to penalize those who boycott most certainly are. Americans have an inalienable right to speak our mind and to choose where to and not to spend our hard-earned dollars. These core American values are what makes America the dynamic, free, and yes, great society that it is. Yet, as the American Civil Liberties Union (ACLU) has repeatedly warned, the IABA and similar state laws are threatening the fundamental right to free speech. The ACLU recently wrote in a letter to Congressional leadership that the bill, “…would unconstitutionally target political boycotts for criminal penalties, thereby infringing on First-Amendment protected activities.” The ACLU’s letter cites two court rulings in which the enforcement of similar state laws was suspended on the grounds that they too violated the First Amendment.

Jeopardizing essential American civil liberties to shield Israel and its settlements from political boycotts is a moral wrong and bad policy, especially at a time when we are experiencing multiple attacks on the foundations of our democracy here at home that guarantee civil liberties, such as a free press, independent courts, and accountable governmental institutions. Congress must spend its limited time protecting our civil liberties, not eroding them.

Unfortunately, when it comes to the IABA, our leaders are fighting the wrong war and the wrong enemy at the wrong time. They are ignoring the physical and political threats right in front of us and are instead pandering to, ironically, the desires of those who are actually responsible for accelerating these problems. Perhaps that is the greatest tragedy of all. Those who undermine peace, democracy, and human rights are distracting us with legislation that takes our leaders’ precious time away from actually fighting for the values and actions that our country so desperately needs right now.

For all our sakes, Congress should not take this bait.

Joel Rubin is a former Deputy Assistant Secretary of State for Legislative Affairs in the Obama Administration. You can follow him @joelmartinrubin.