Is This How We Defend Israel — By Firing Teachers, Lawyers and Repair Men? 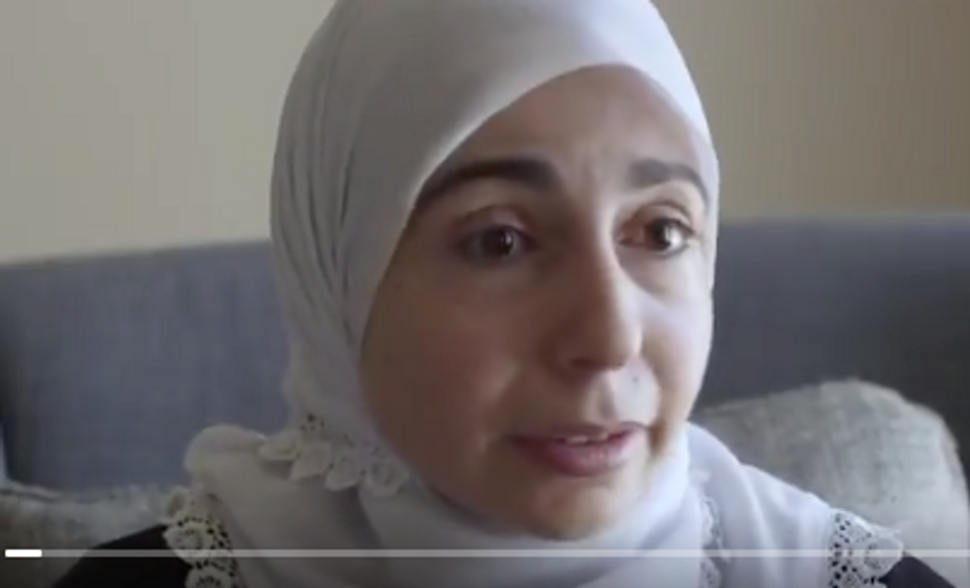 The Intercept today published an account of what happened to Bahia Amawi, a speech pathologist who has worked for the last nine years with developmentally disabled, autistic and speech-impaired elementary school students.

Every year since 2009, Amawi has signed a contract with a school district that includes Austin, Texas to provide assessment and support for school children in the county’s growing Arabic-speaking community. (She speaks English, Arabic and German.) But this year, the paperwork included an oath that she “does not” and “will not” engage in a boycott of Israel — the result of a sweeping anti-boycott law signed last year by Texas Gov. Greg Abbott.

Now, Amawi is an American citizen who happens to be a devout Muslim and says that she and her family do not purchase goods made from Israeli companies in support of the global movement to boycott, divest from and sanction Israel — known as BDS. I’m her opposite. I don’t support BDS, and sometimes go out of my way to purchase products made in Israel.

But it seems to me that is our right as Americans to use our purchasing power to boycott or “buycott” according to our beliefs. My parents wouldn’t buy cars from Germany, even though Germany was a staunch ally of the U.S. and Israel, and a linchpin in the democratic stability of Europe. I didn’t agree with my parents, but of course that was their right, too.

So far, 26 states have passed some sort of anti-BDS law, which essentially prevent their governments from doing business with those who boycott Israel. The argument for these laws is that BDS presents an economic and diplomatic threat to Israel, and that, in selectively targeting Israel, boycotters discriminate against the Jewish State when other nations behave just as badly toward, say, people who are under their occupation.

There are strong counterarguments. As my colleague Josh Nathan-Kazis revealed last week, internal documents written by Anti-Defamation League staffers argued that the anti-BDS laws were unconstitutional and could actually end up harming American Jews. (The ADL, nonetheless, supports these laws, including one now before Congress.)

And, indeed, a federal judge in Arizona issued an injunction in October, saying that the state can’t punish businesses for boycotting Israel because it hurt “the protected expression” of those companies.

That case involved a lawyer in a one-person practice who provides legal advice for inmates in a state correction facility. He refuses to purchase computers from Hewlitt-Packard because its information technology services are used at Israeli checkpoints in the West Bank and so wouldn’t certify to the state that he won’t boycott Israel.

Then there was the teacher trainer in Kansas. And the home repair guy in Texas.

And now, a dedicated professional who can’t work with students with disabilities because of her grocery-shopping principles.

Really, are these people the greatest enemies of Israel? Are these actions so threatening and harmful that the power of Congress and state governments, and the immense political clout of Israel, all need to be mobilized to stop them?

Is this how we as American Jews wish our love for Israel to be perceived?

What else I’m writing. The Forward continues to run news stories and opinion pieces about the controversy surrounding the leaders of the Women’s March and their support for Louis Farrakhan, considering his long and unrepentant history of bigotry. I thought I’d take a step back and examine whether Farrakhan, an aging leader whose political power probably peaked in 1995, really does pose a danger to Jews and others.

Yes, I concluded. Here’s why.

Last week, I also wrote about TIME magazine’s extraordinary decision to name brave and endangered journalists as “Person of the Year,” including the brutally murdered Jamal Khashoggi.

Unfortunately, Khashoggi and most of the others suffered at the hands of state-sponsored terrorism against journalists, actions condoned by the Trump administration and, I’m sorry to say, the current Israeli government.

This year’s Forward 50. A wise journalist friend said to me the other day: There are people who go to airports to see the planes land safely. Journalists are not among them.

Once a year, however, we at the Forward focus on those American Jews who have landed the plane not just safely, but with extraordinary skill and dedication. And we write about them in the Forward 50.

This year for several of our entries we tried something different, and asked respected leaders to write about an honoree. So Mark Hetfield, CEO of HIAS, wrote about David Lubell, founder of Welcoming America. Los Angeles-based writer Danielle Berrin, who bravely published her own #MeToo moment before the hashtag was even invented, penned this tribute to the gymnast Aly Raisman. And the legendary lyricist Sheldon Harnick wrote about Joel Grey.

Rather than treat the many important Jews in the Trump administration as separate entities, I put together an essay that described their power — and their remove from most American Jews politically, religiously and economically.

Still, most of the Forward 50 profiles are of far less famous men and women, whose creativity, courage and compassion have impacted the American Jewish story. Read about them all. You will be inspired.

What else I’ve been reading. George Robinson has covered culture for the New York Jewish Week for 25 years, and I would not describe him as a rabble-rouser. But his column last week describing how politics is threatening Israel’s exemplary film industry was a sobering look at the way partisan intervention can chill artistic endeavors.

A friend in Philadelphia passed along this heart-warming piece written by a (non-Jewish) civic-minded lawyer about what his community owes its Jewish neighbors. “The Jewish community is always there for the rest of us,” wrote Ajay Raju. “Now it’s time to bring them some chicken soup.”

Finally, I was awestruck in reading in the Washington Post about an Ohio couple who supported an asylum seeker from Haiti stuck in detention by our government for more than two years. If only I could be like them.

Looking forward. This is my last newsletter of 2018. I’ll be in Israel on assignment next week, and back in the office after New Year’s.

As I contemplate 2019, I have one wish for our community: That we learn to cultivate empathy. For other Jews. For other Americans. For the other inhabitants of our planet.

Is This How We Defend Israel — By Firing Teachers, Lawyers and Repair Men?