This Palestinian Was Tortured. But No One Cares Because It Wasn’t By Israel. 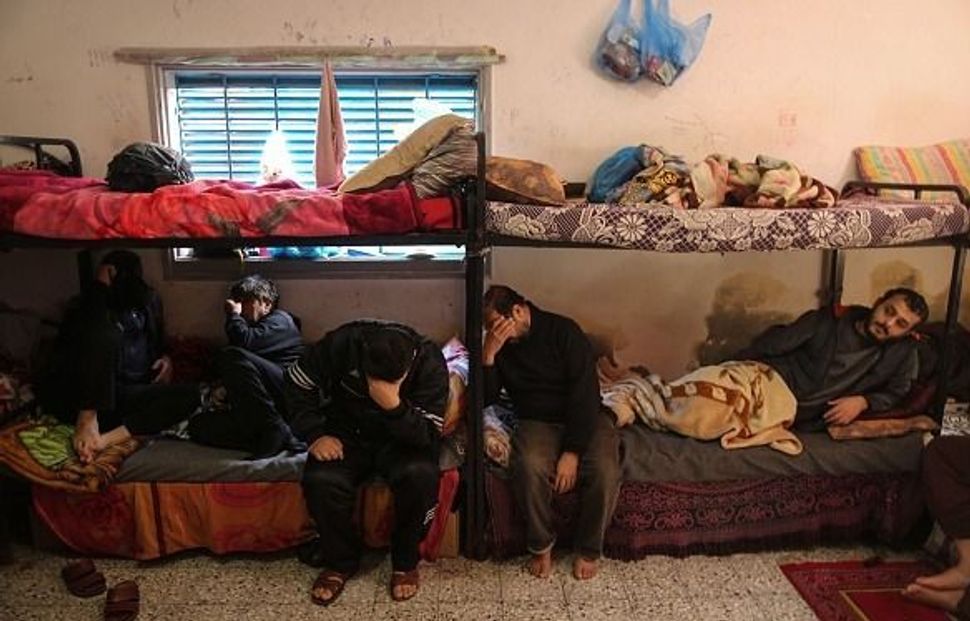 Issam Aqel, a Palestinian-American with Israeli residency, has been detained, arrested and tortured.

You may be surprised that you’ve never heard of Aqel. It’s usual for the plight of the Palestinians to make big news. But the ugly truth is, they only make big news when they’ve been hurt by Israel.

And Aqel was tortured by the Palestinian Authority.

Aqel responded to a PA summons to appear in Ramallah where he was called in to “sign paperwork.” But once he appeared, Aqel wasn’t allowed to leave. According to people who have been in touch with him, he was tortured.

A few weeks ago, the Palestinian Authority’s security forces announced that it had “foiled” the sale of roughly 741 acres to Jews throughout the West Bank and East Jerusalem. In a statement posted on Facebook, the PA said that in a large-scale operation, 44 Palestinians were arrested for attempting to sell property to Jews.

The use of torture is not unusual in the PA. Another man who I will call Ali to protect his identity testified about it before the Knesset. He said he was taken from his family. He was kept in a cage for weeks at a time. His captors threw hot and cold water, threw garbage and rotten food on top of him. They forced him to sit on broken bottles and hung him upside down for days on end.

Ali is one of 52 so-called “collaborators” who were arrested and tortured in the 1990s and early 2000s. In the PA, collaborating with Israeli security forces is illegal, despite the fact that the Oslo accords call for security collaboration between the Authority and Israel. Over the years, many men and women have been accused of being “collaborators” and tortured and killed for their crimes.

“They punished me for saving lives,” Ali told the Knesset, “for preventing terror attacks.”

The 52 “collaborators” were freed by the IDF during Operation Defensive Shield, an Israeli military operation which tackled the suicide-bomber infrastructure in 2002.

As part of rebuilding their lives, the men sued the PA. To show damages, they needed doctors to document their injuries and suffering. Their lawyer, Barak Kedem, turned to various human rights organizations for help.

Nearly all declined to help, Kedem told an Israeli radio program, or didn’t respond. Those who did said it was either not their field or that they would not work against the PA.

Only the Institute for Zionist Strategies, Regavim, The Public Committee Against Torture in Israel, and Honeinu agreed to help find them doctors. Yet this, too, wasn’t easy, Kedem says. Some doctors known to have helped Palestinians in other situations refused to write testimony that would reflect poorly on the PA. In the end, they succeeded in finding other doctors and the men’s suffering and damage was recorded.

This resulted in an unprecedented decision. After 14 years of proceedings, the Jerusalem District Court found the PA guilty of torture and ordered it to compensate the men. The court awarded the men and their families $3.5 million. 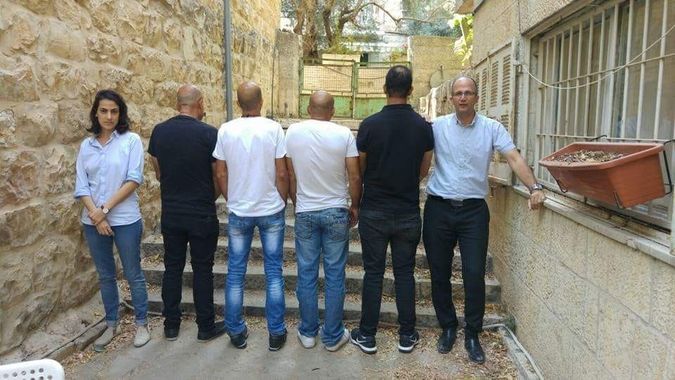 Nave Dromi, Head of Blue and White Human Rights Movement, with lawyer Barak Kedem and some of the Palestinians who sued the PA for torture. Image by Courtesy of the Author

But the decision can’t help Aqel.

According to Yifa Segal, an attorney specializing in International Law and Human Rights Law and the Executive Director of the International Legal Forum, when Aqel did not return, they contacted the US Embassy. The ambassador, David Friedman, became personally involved, asking that the PA release him.

“Aqel’s incarceration is antithetical to the values of the US & to all who advocate the cause of peaceful coexistence,” said Friedman on Twitter in November. “We demand his immediate release.”

The Pal Authority has been holding US citizen Isaam Akel in prison for ~2 months. His suspected “crime”? Selling land to a Jew. Akel’s incarceration is antithetical to the values of the US & to all who advocate the cause of peaceful coexistence. We demand his immediate release.

His request was rebuffed, according to Friedman and others in the U.S. government. The PA insisted that these are their laws and that Aqel would be tried for his crime.

It seems though that American involvement did complicate the issue for the PA, and Aqel was allowed to call his wife and receive a visit from an American official in prison.

Both confirmed that Aqel had been put in isolation and tortured.

Israel, too, tried to pressure the PA to release Aqel. Twice, the police detained Adnan Ghaith, the PA governor of Jerusalem, and other officials relating to the case.

Oddly, no international human rights groups have said anything about Aqel or the other men.

Segel says she reached out to Angela Merkel, sending her three letters over the last two months, as well as other German, UK and EU officials. The only response she received was a generic letter from the EU Division Middle East and North Africa on behalf of Federica Maria Mogherini that did not relate to Aqel at all.

Other than the International Legal Forum, MK Yoav Tish and, perhaps most surprisingly, right wing MK Bezalel Smotrich who, along with Blue and White Human Rights called the Knesset committee meeting, there is mainly silence.

Silence from groups such as B’tselem, Doctors Without Borders, Jewish Voice for Peace, and others whose stated aims are human rights.

Silence from the international media.

When does a Palestinian life matter? Only when it is Israel who threatens it?

The silence of those organizations such as Jewish Voice for Peace, Human Rights Watch, B’tselem, Code Pink and the many others who claim to stand for peace and and human rights is damning.

The motivations of individuals such as Marc Lamont Hill, who recently spoke at the UN calling on a free Palestine “from the river to the sea” or congresswoman Rashida Tlaib, a proud Palestinian US congresswoman who refused AIPAC’s trip to Israel, are difficult to discern when they remain silent about the PA’s treatment of its own people.

Aqel’s family is terrified. They want him home. Will the EU, UN, human rights groups or individuals who claim to care about Palestinians and their rights say anything to free Aqel or the 43 other men being held?

Today, December 31st, Aqel was sentenced to life in prison with hard labor for the crime of selling a house to Jews.

Will any of the Palestinians outspoken advocates speak up? I’m not holding my breath. If you can’t blame Israel, what’s the point?

This Palestinian Was Tortured. But No One Cares Because It Wasn’t By Israel.