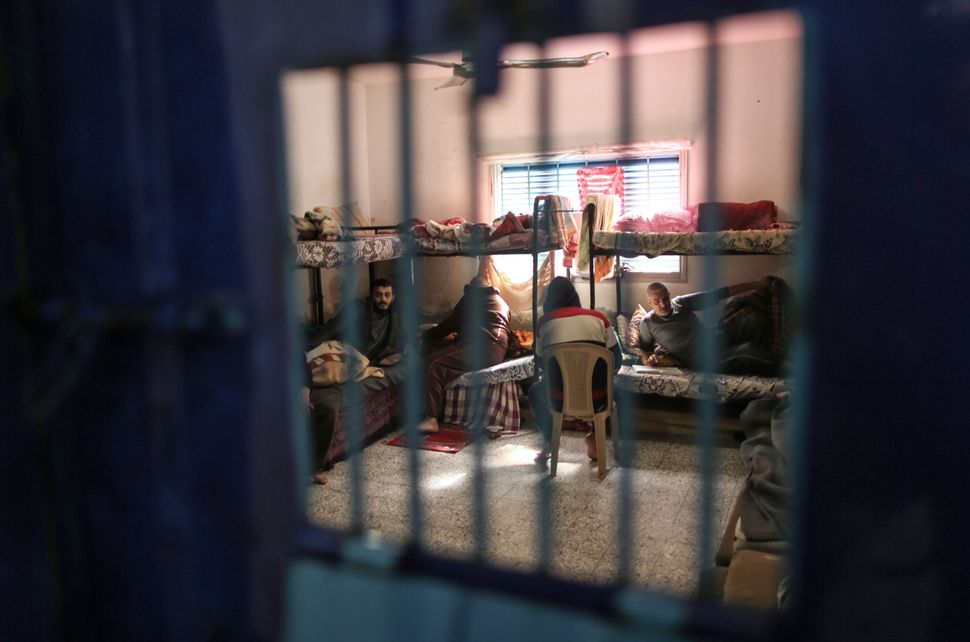 I spent the summer of 2017 living in the heavily occupied West Bank city of Hebron. On July 24, I witnessed the takeover of a Palestinian property in the center of the old city by around 100 settlers.

I watched as members of the Abu Rajab family, still living on one of the floors of the building and vehemently denying that the property had been sold to the settlers, were pushed and hit by settlers and soldiers as they tried to prevent the occupation of their building.

Despite their protests, and without permission from any court or authority, the settlers moved in furniture and hung Israeli flags from the windows. The army set up a perimeter around the house to protect the settlers. Finally, Israel’s municipal services assisted the takeover by providing water for the settlers new residence.

More settler homes, especially inside flashpoint cities like Hebron and East Jerusalem, inevitably mean more checkpoints, more soldiers, more closed military zones, and more violence. With each home occupied by settlers, Israelis and Palestinians move further away from peace, further from a solution, and the occupation is entrenched, along with the Apartheid-like conditions in the West Bank that grant Israeli Jews citizenship but not Palestinians.

So when Palestinians sell their homes to Israeli Jews, they are harming their fellow Palestinians in a very real way.

This is not to say that they should be imprisoned or tortured for it, which is what happened to Palestinian U.S. national Isaam Akel, who was arrested last October by the Palestinian Authority for attempting to sell his East Jerusalem home to an Israeli settler. The PA forbids the sale of land to a foreign country, and under the auspices of this law, Akel was sentenced on the last day of 2018 to life in prison with hard labor.

Akel’s father denies that he sold his home to an Israeli Jew.

But whether or not he did sell the property, to be tortured and receive a life sentence for a nonviolent crime is reprehensible and should rightfully cause international concern. This concern, thankfully, appears to have yielded results. It was recently reported that thanks to U.S. and Israeli pressure, the PA may extradite Akel back to America.

This is good news. The PA’s brutal handling of Akel’s case has been awful. And yet, the conversation surrounding Akel’s story is missing an analysis of the extreme consequences of settler takeover, especially in prime East Jerusalem locations, and a similar analysis of Israel’s role as the government that ultimately has control over Palestinian lives which is itself breaking international law by allowing settlers to occupy homes into West Bank and East Jerusalem.

While the PA’s law against selling land to Israeli Jews is certainly too harsh – it carries the death penalty – it’s also wrong to insist that the PA have no law against a measure that truly hurts Palestinians.

Despite the fact that news outlets from Haaretz to The Jerusalem Post and The Times of Israel reported Akel’s sentencing with headlines like “Palestinian Authority Sentences U.S. National to Life in Prison for Trying to Sell Land to Jews,” it’s not because their buyers are Jews that these Palestinians are being penalized for selling land, but because their existence in the West Bank is part of a larger political conflict that has terrible, tragic effects on other Palestinians.

And from a certain point of view, it is immoral for Palestinians to entrench their own people in an occupation.

Again, this is not to say that the Palestinian Authority is a just executor of the punishment for such an immoral act; its abuses of human rights are well documented. A Human Rights Watch report released in October 2018 detailed the massive crackdowns on dissent and arbitrary arrests that the PA carries out and has escalated in recent years. Their cyber crimes law, passed in 2017, has caused scores of journalists to be arrested for such simple things as posting criticisms of the government on social media. When protestors took to the streets of Ramallah in June 2018 to demand the support for their brothers and sisters in Gaza, the PA responded by smashing cameras and beating and arresting journalists and peaceful demonstrators. And PA prisons are notorious for deplorable conditions and for using threats, beatings, and torture.

And yet, it is simply a fact that the Israeli occupation enables and exacerbates these crimes. For at the end of the day, it is Israel, not the PA, which maintains the most control over the lives of Palestinians in the West Bank. The Israeli government controls the borders, maintains the central bank and only currency (the shekel), collects taxes on behalf of the PA. Israel maintains the right to carry out military operations at will.

Even in situations where the sale of property between a Palestinian and an Israeli is contested, as in the case with the Abu Rajab family building, the case is heard only in Israeli, and not Palestinian Authority, courts.

Furthermore, according to the Oslo Accords, the Palestinian Authority has no jurisdiction in East Jerusalem. Captured in 1967 and formally annexed in 1980, Palestinian Jerusalemites like Akel, now numbering around 370,000, have neither Israeli citizenship — which would enable them to vote in the upcoming national elections and have influence over such issues as settlement expansion – nor do they live under any degree of Palestinian Authority governance. Entirely stateless, an East Jerusalem Palestinian wishing to travel must obtain a passport from Jordan.

These Palestinians are constantly required to prove their residency, denied building permits and the right to unify with West Bank or foreign spouses, and deprived of sufficient infrastructure and municipal services (only 59% of Palestinians in East Jerusalem are connected to the city’s water grid). Since 1967, Israel has revoked the residency of 14,595 Palestinian Jerusalemites.

You can see how the difficulties imposed on Palestinians in East Jerusalem and the constant threat of expulsion make selling property to Israeli settlers that much more enticing.

And with no ability to regulate to stop settler expansion, the only tool the Palestinian Authority has to deter such sales is to impose severe punishments against Palestinians who sell their homes to settlers.

Make no mistake about it: These severe and unjust punishments are horrific. But it is wrong to blame them exclusively on the PA. Israel, too, is to blame.

At the end of the day, the corruption of the PA, and the injustice it metes out against Palestinians, are enabled and exacerbated by the Israeli occupation.

U.S. ambassador to Israel David Friedman has advocated for Isaam Akel to be released. On November 28, Friedman tweeted about Akel. “His suspected ‘crime’?” he wrote. “Selling land to a Jew. Akel’s incarceration is antithetical to the values of the US & to all who advocate the cause of peaceful coexistence.”

But Friedman headed up the Friends of Bet El organization, helping them raise billions of dollars for one of the most fanatical settlements in the West Bank. He has accused J Street supporters of being Kapos (Jewish prison guards in Nazi death camps) and was one of the driving forces behind moving the U.S. embassy from Tel Aviv to Jerusalem.

In May of 2018, he was photographed smiling widely as he received a doctored image of Jerusalem with the Third Temple replacing the Al-Aqsa mosque.

Let’s not pretend, as Friedman wishes us to, that Akel has been sentenced for an inconsequential attempt to sell his home to an Israeli Jew in the pursuit of peace and coexistence. The sale would have placed another fanatical settler family in a prime East Jerusalem location at heart of the conflict. And his motivation was clearly to escape the punishing occupation of East Jerusalem Palestinians.

As we are rightfully shocked at the length of Akel’s jail sentence, let’s also not forget — especially in this time of Israeli elections — that it’s Israel that ultimately holds the keys.