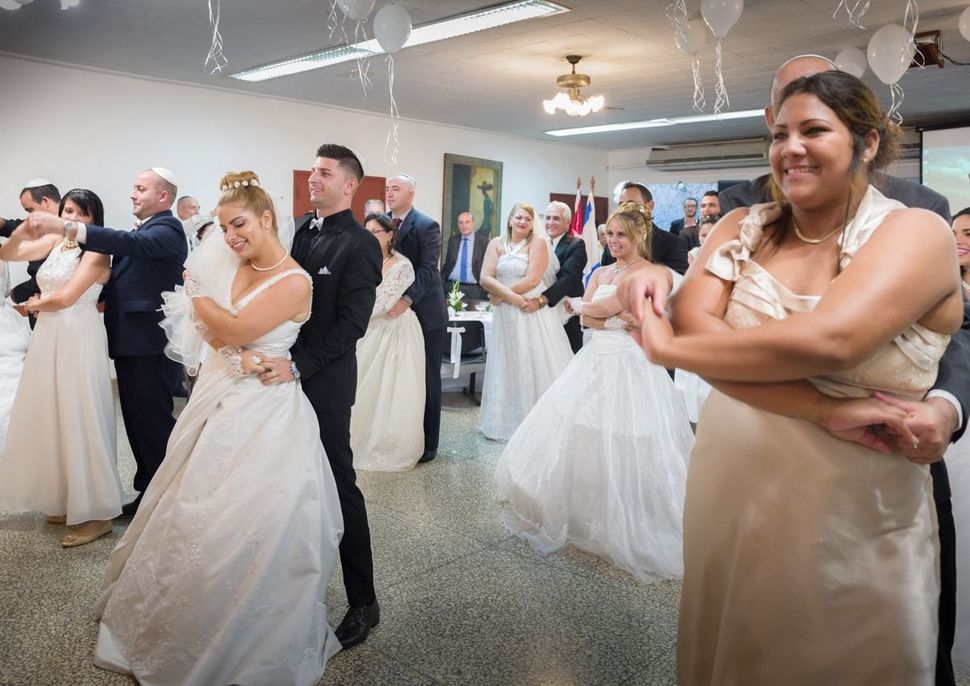 It’s been an immensely painful week in the world. The one-year anniversary of the mass murder of teens in Parkland, Florida arrived. The Jewish world was roiled by the controversy surrounding Representative Ilhan Omar’s tweets. The president declared a national emergency. But there was also mammoth generosity and giving this week. There was triumphant love. There was hope.

Hope for Representation: Black Jewish luminaries Tracee Ellis Ross, Rashida Jones, and Jussie Smollett were all nominated for image awards by the NAACP, the JTA reports. Ross, glamorous progeny of Diana Ross and Robert Ellis Silberstein, plays matriarch “Rainbow” on “Blackish,” while Jones is nominated for her documentary on her father, Quincy Jones. Smollett’s who recently survived a horrific attack, stars on “Empire.” Kol hakavod on these honors, you brilliant, beautiful tribe members!

Hope for Freedom: 16 couples got married in a massive Jewish wedding at the historic Patranato Synagogue in Havana, Cuba. Since the 1959 Marxist revolution, Cubans have suffered a lack of religious freedom. But Jewish life in Cuba has experienced a rebirth ever since Castro loosened religious strictures in the 90’s, and this December, 32 Jewish Cubans celebrated Jewish weddings in one mega-ceremony, through the American Jewish Joint Distribution Committee. The couples — all of whom were legally married under Cuban law — finally had the opportunity to kiss under one enormous Chuppah. The JDC released the photos of the joyous event in honor of Valentines Day. Mazal tov!

Hope for Knowledge: Berkeley Institute for Jewish Law and Israel Studies received a massive grant for Israel education — so far, events and classes at the Institute have ranged from topics like the Israeli-Arab water crisis to the Jewish response to #MeToo, the JWeekly reports.

Hope for Health: Ruth Bader Ginsburg returned to the Supreme Court today, after recovering from surgery on nodules in her lungs.

Torah: We break from our regularly scheduled Torah-teaching programming to announce that it is now the Hebrew month of Adar (it has been for a while, in fact) which is the official Jewish month of happiness. This is a very special year because we get two months of Adar — Adar I and Adar II, sort of like a Jewish leap year — which means two time the reminder from the rabbis of the Talmud who said, “Mishenichnas Adar marbin besimchah — When the month of Adar enters, we increase joy.”

This shabbat, find a way to increase joy. And keep up the hope.