A Year After The Great March Of Return, What Went Wrong? 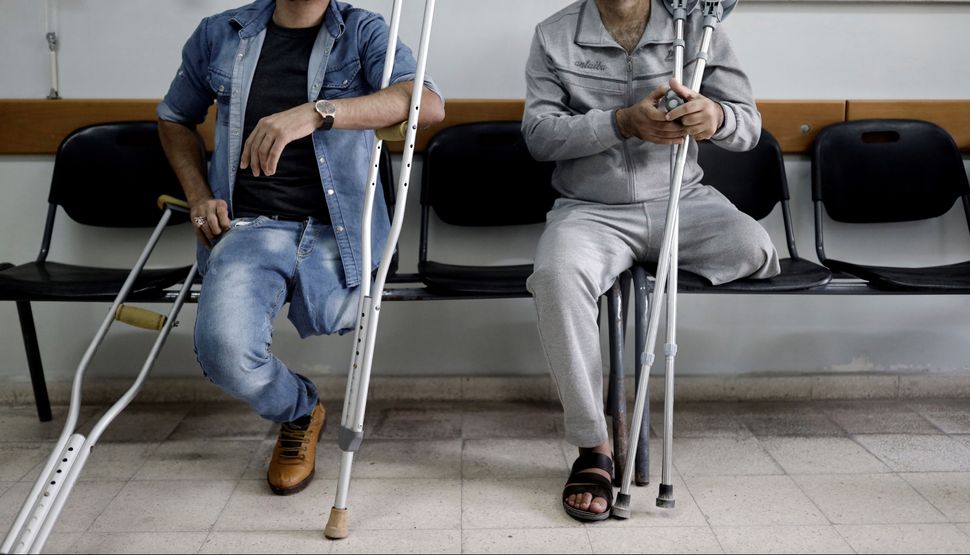 One year ago, tens of thousands of Gazans marched to the border with Israel and tried to end a decade of isolation under blockade. But after 52 weeks of regular protests, things seem to be only getting worse. What went wrong?

Gaza’s Great Return March was organized by a group of bright young Palestinians as an outlet for young Gazans who have grown up under blockade to express their anger, hopelessness, and frustration. It was meant to be a six-week protest against everything that’s made the besieged Strip unlivable.

Young Gazans are part of a generation that has never known freedom or opportunity, due to the simple misfortune of having been born on the wrong side of the fence. It’s only natural that they view the end of their misery as bound up in getting to the other side, where they can see that life is thriving. Hence the name of the march: the “Great Return March.”

Although the protests managed to bring the desperate plight of Gazans and the brutality of the blockade to light, public opinion about the demonstrations was mixed, especially in the Western media. There was outrage at the way Israel’s army violently assaulted the protestors; but that outrage far outweighed sympathy for the protest, or for Gaza itself.

Some of this had to do with the way the march was framed. The focus on the Palestinian Right of Return to Israel was certainly morally just. And yet, it was the march’s greatest weakness from a tactical point of view. It reduced international support for the march, which was easily portrayed as a call for flooding Israel with Palestinians. And the protests presented no clear vision as to how such right could be practically fulfilled.

Even when a leading figure like Bernie Sanders supported the protests, he stood only by what he saw as right not just morally but politically and practically, namely the right to protest and the need for lifting the blockade on Gaza.

Meanwhile, the situation in Gaza remains a humanitarian disaster. The U.S. must play a more positive role in ending the Gaza blockade and helping Palestinians and Israelis build a future that works for all.

Sanders’ tweets in a way showed what the branding of the march should have been, in other words.

The killing of Palestinian demonstrators by Israeli forces in Gaza is tragic. It is the right of all people to protest for a better future without a violent response.

The protest organizers later changed the name of the march, amending it to “the Great March of Return and Lifting the Blockade.” But the early fogginess of the vision cost the protests dearly.

Worse, the inability to renew and amplify the messages and strategies of the protest have led to a growing sense of numbness among solidarity groups. It was lost on no one that only when Israel’s army committed brutal acts, killing unarmed protestors, did the media pay any attention to what was happening at Gaza’s separation fence.

The media’s coverage was mostly confined to Israel’s killing of protestors, and failed to draw out the crucial background. Indeed, the very reason why Gazans would undertake such desperate acts and risk their own lives were ignored. Others simply accepted the Israeli version without question.

Rather than presenting the marchers in true form, as pursuing freedom and dignity, they were cast as surrendering to despair and pursuing martyrdom, as cannon fodder who were infiltrated, manipulated and ultimately controlled by Hamas.

Friday after Friday, Israel’s army proceeded to maim thousands of protestors, teaching the already hopeless Gazan population an unforgettable lesson by filling Gaza’s streets with people in wheelchairs and on crutches as cautionary tales for others. By now, the number of wounded Palestinians exceeds 30,000.

Of course, Hamas’ arrogance, stupidity and lack of political experience helped confirm the Israeli narrative. This was most evident on May 14, when Hamas leaders exploited the bloodbath to boast that 50 out of 63 killed protesters were Hamas loyalists. The boast — which was false, according to many sources in the Strip — was meant as proof of the movement’s sacrifice and selflessness, of it putting its people at the front lines.

This wasn’t a battle, though; it was thousands of young men and women standing up for dignity, for freedom, for a better life. And Hamas, desperate for a win in the face of growing fears that Israel and the Palestinian Authority were squeezing Gaza towards the expulsion of Hamas, found a rare opportunity in the march to accumulate popularity, pressure the international community to come to Gaza’s rescue, push Israel to ease its blockade and finally avoid an inevitable military confrontation by focusing all local energies on the protests.

Those cynical reasons remain Hamas’ impetus to keep the protests going, even though they are hollowed out of meaning and people are sick of them. But they continue to benefit Hamas as well as shield it from facing the Gazan crowds who have become weary of Hamas’ indefinite rule.

Earlier this month, as thousands of people took to the streets to protest the worsening living conditions in the Strip, Hamas’ security forces mercilessly suppressed the crowds — and all the while, Hamas controlled mosques were calling on people to join the Great Return March on Friday as usual.

In preparation for tomorrow, as the first anniversary of the protests, Hamas shamelessly harnessed all of its platforms to call on people to join “the biggest March.”

Fortunately, Egyptian intelligence intervened, and convinced Hamas to prevent a bloodbath and keep the protests under control and away from the separation fence. Hamas for its part emphasized the importance of peacefulness in order “to send a positive message to the world.”

The real question is how many people will still show up after a year of repetitiveness, disappointments, betrayals and worsening living conditions?

Most Gazans don’t want this senseless butchery; nonetheless, they yearn for the day where their lives will be free and safe again.

Many will continue to fight against everyone that stands in the way of that dream.

A Year After The Great March Of Return, What Went Wrong?