Being Gay Used To Be Terrifying. Being Jewish was Easy. Now It’s The Opposite. 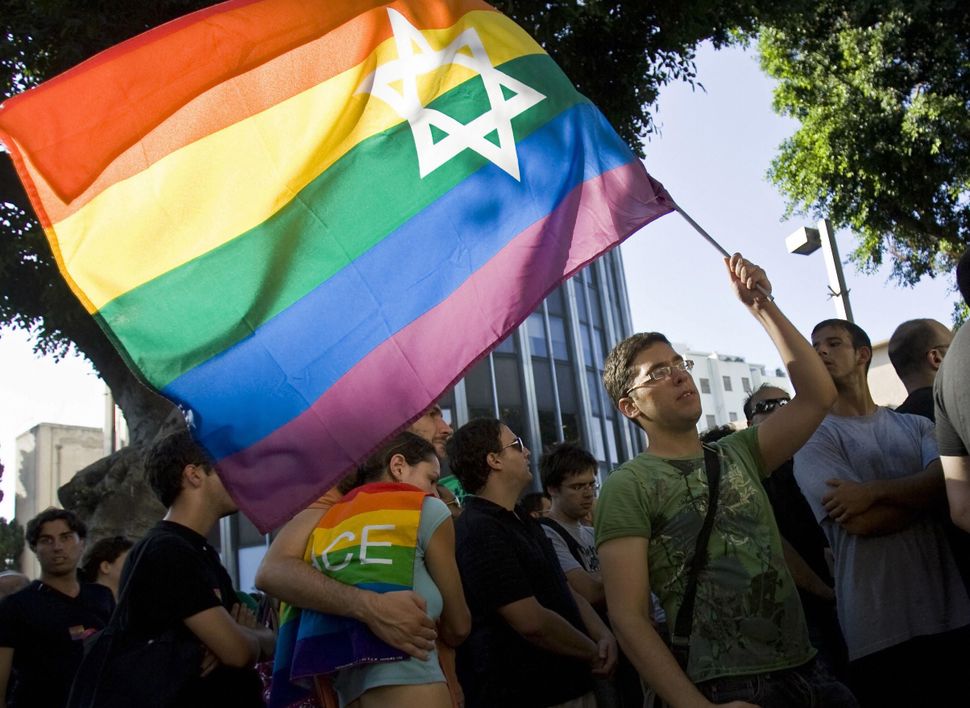 “Jews aren’t a real minority,” a college classmate once said to me.

Statistics say otherwise, but I knew what he meant. Jews are, of course, a minority in America. But for the last few decades, our comfort here hasn’t always made us feel marginalized. Until recently, anti-Semitism in America felt, by and large, like a thing of the past. Even as it was raging in Europe, American Jews — especially those who are white — experienced their home as a true bastion of security.

Not anymore. With the synagogue shootings in Pittsburgh and Poway occurring sixth months apart and leaving twelve Jews dead to pure anti-Semitic hate, being a Jew no longer feels the way it once did in this country.

It’s been shocking to say the least. Growing up, I always assumed anti-Semitism was more of a historical footnote meant to be studied rather than an active threat to be confronted.

Being Jewish was the easy part. Ever since I can remember, I was raised to be proud of being Jewish. It’s one of the first things I ever knew about myself that was instilled in me by my family.

I’m lucky to have never encountered vile bigotry for being Jewish. I can’t say the same about being a closeted teen whose classmates often had a way of “figuring me out.”

I feared coming out could mean the end of a normal life, or at worst, a death sentence -— either by taunts from classmates or by self-inflicted harm of my own doing; LGBTQ suicide rates are disproportionately higher than average.

On the other hand, I never had to fear that being openly Jewish could be a threat in 21st century America.

But now these fears have reversed, and today my Jewish identity makes me more physically vulnerable than my LGBT identity. I find there is much more acceptance for being gay in major cities like New York, whereas being Jewish still comes prescribed with certain questions about my worldview.

And then of course, there’s the skyrocketing levels of anti-Semitism that accompanied the rise of President Trump. It wasn’t just that Trump’s xenophobic rhetoric validated the most fringe voices in America. Far right vitriol has fueled an equally toxic radical left which we’ve seen come to life at Chicago’s Dyke March which forced Jewish lesbians to leave the parade in 2017 for the crime of carrying rainbow flags with a star of David on it.

That was the moment I first realized my identity could be vulnerable. Shouldn’t the LGBTQ community in theory be the most diverse and accepting group? They claimed to be intersectional, but they weren’t pluralistic. How could they force Jews out with such conviction? Their justification was that the flag too closely resembled the Israeli flag, but even so, shouldn’t all national flags be welcomed? Isn’t curbing inclusion based on nationality a very definition of racism? Somehow to the organizers of the parade, intersectional values of social justice deemed the flag as a threat to marginalized voices.

It was this bizarre incident that awakened me to the reality that there may be fewer safe spaces for Jews than I imagined.

Then came the swastikas. Then the shootings.

Too many people think Jews aren’t a vulnerable minority based on perceptions of power, privilege, and appearance. But Jews are the recipients of more reported hate crimes than any other religious minority, despite making up only 2% of the population.

Even in New York — the most densely Jewish populated city in the country — 50% of all hate crimes were committed against Jews.

In college, I once heard someone joke that my fraternity, AEPi, was a “Jewish supremacist” group because it prioritizes Jewish membership. I always took glib remarks like that as playful banter. But there’s something profound about that sentiment. People don’t understand why there is a need for a Jewish fraternity to begin with. But it’s more than that. People don’t understand why Jewish institutions of any kind are so vital, because they don’t see Jews as minorities in need of organized community.

It makes perfect sense why people of color or queer folks would seek a shared community, but oftentimes Jews who seek out other Jews are viewed as being obsessed with their own kind.

“Why do you always talk about being Jewish?” is a common question a lot of us get. It’s almost like the punchline of the joke about how vegans can’t stop talking about their diet. But there is a deeper truth behind this. To a certain extent, the reason why we talk about being Jewish is because if we don’t, who will?

My mom always got it, though. When I came out to my parents in 2012, one of the first things she said was, “Great! Now you’re a double minority. Does life always have to be so hard?”

Still, I like to think that my life truly has gotten better in numerous ways (like the gay mantra says), and even given the heightened security risks of being Jewish today, I wouldn’t trade it for someone else’s life.

As the great Harvey Milk said, “Hope will never be silent.”

Being Gay Used To Be Terrifying. Being Jewish was Easy. Now It’s The Opposite.