It’s The Occupation, Stupid. No Amount Of Cash Can Buy Palestinian Freedom 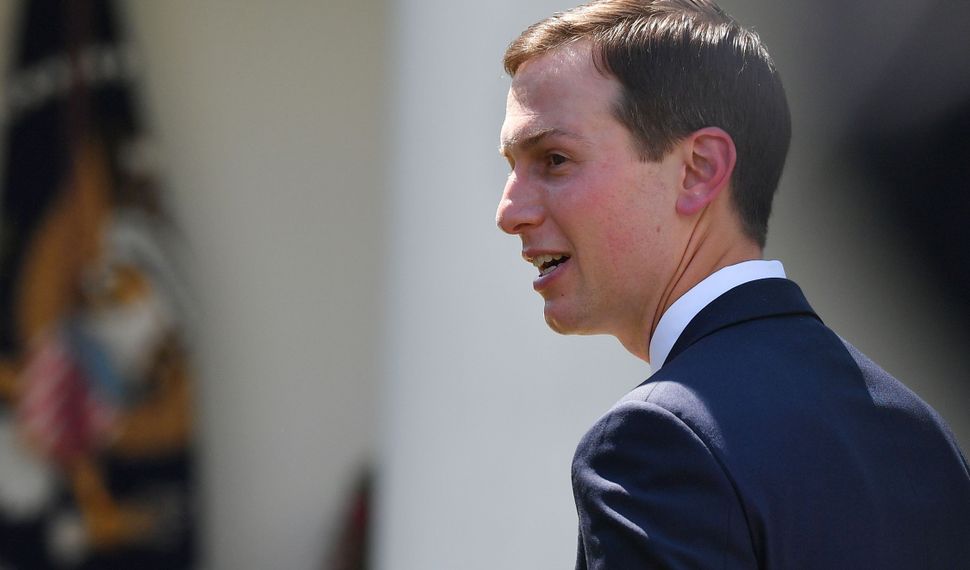 On Sunday, the White House announced it would be co-hosting a conference with Bahrain focused on Palestinian economic prosperity to kick start the always-delayed Trump peace deal. “Finance ministers, but not foreign ministers, will be invited along with delegations of business leaders,” CNN reported.

It appears that they also decided that the Palestinians will not be invited to weigh in on how their future will be decided.

The US peace team — made up of the spoiled real estate scion and President Trump’s son-in-law Jared Kushner, and Trump’s bankruptcy lawyer and settlement funder turned US Ambassador David Friedman — expects to unilaterally and singlehandedly solve the conflict with cash, to improve “infrastructure, industry, empowering and investing in people,” in addition to “governance reforms,” while “studiously avoiding the many political issues that have made peace so elusive for so long,” all of which incidentally happen to be the minimal Palestinian demands for statehood, freedom and justice: “whether the Palestinians will get their own state, the status of Jerusalem, measures Israel takes in the name of security, and what should happen with Palestinians and their descendants who fled or were expelled from Israel around the time of the state’s creation in 1948.”

In other words, the plan hopes to cure the disease by treating its symptoms with painkillers. For the truth is, the economic problems in Palestinian society stem directly from the Israeli occupation and blockade, and throwing money at the economic problem while the cause of that problem remains intact is not only foolish but dangerous.

It’s entirely futile to contrive humanitarian or economic solutions for a political problem, whereas a political settlement will end the need for humanitarian remedies and unleash the full potential of the resourceful, talented and thoughtful Palestinian and Israeli people.

The workshop, and the deal it prefaces, take for granted that Palestinians are poor people in need for handouts, instead of the truth: that we are a people impoverished by endless occupation and blockade. It assumes that we are miserable instead of immiserated, that we are incapable of developing and sustaining ourselves — when the truth is that we are being blocked from any path towards sustainable development, certain in our well-substantiated belief that whatever we build is going to be destroyed in the next Israeli escalation in just a matter of time.

The Israeli blockade and occupation essentially hits the Palestinian territories in four main aspects: It deprives us of natural resources, most of which fall prey to settlers’ plunder or destruction. It also isolates the occupied and besieged territories from integration into global markets and the international system. By perpetuating instability, insecurity and uncertainty, it drives capital out of the territories, deincentivizing investment and obliterating creativity, hopes and dreams. Finally, it diminishes the flow of tourism, or in Gaza’s case, prevents it altogether.

You cannot build a textile factory in Gaza and expect it to succeed when the Israeli blockade essentially prevents raw materials from entering Gaza under the pretext of “dual-use items,” when it bans most Gazan exports, bans foreigners from entering Gaza to buy its produce, and during frequent armed escalations, reduces factories to rubble.

That’s why, regardless of how the Trump administration packages its plan, the final outcome will be doomed to utter failure.

And because Palestinians are not stupid or crazy, virtually all Palestinian political factions rejected the Bahrain “workshop” to which they had not been invited. Additionally, Palestinian businessmen, like Bashar al-Masri who has worked closely with Israel and the US, declined the invitation to the Bahrain workshop.

But the wishful thinking of the Trump administration isn’t only counterproductive; it is inherently destabilizing, with dangerous consequences. We know this because we have an example of it: Gaza.

Qatar, at Israel’s request, has been using economic and humanitarian aid over the last year to tame Hamas, paying Hamas to essentially police the siege and silence the rest of the population.

With no means of using it to establish an independent economy or aim for sustainable development, the Qatari cash, regardless of the amount, evaporates in no time. It flies out of Gaza’s borders. Anyone who gets their hands on it uses it to prop up small business debts to Israeli companies, to buy basic Israeli and Egyptian consumer goods, or simply to escape. What’s left every time Qatar’s cash runs out is a population screaming for another pacifying dose of aid; in other words, it’s a lethal addiction.

With this system in place, every few weeks, tens of civilians lose their lives on both sides of the fence to perpetuate the paradigm of the economic bribe, instead of addressing the underlying causes of this nightmare.

In other words, trading economic aid and investment for human rights isn’t just wrong morally and doomed politically. It actually harms Palestinians — and Israelis, too. And the Trump peace team are set to replicate this same model, despite the fact that it is failing spectacularly, with lives lost every month.

No economy can grow under blockade and occupation.

The only way forward is to address the source of our misery. It’s not a lack of funding. It’s a lack of freedom.

It’s The Occupation, Stupid. No Amount Of Cash Can Buy Palestinian Freedom