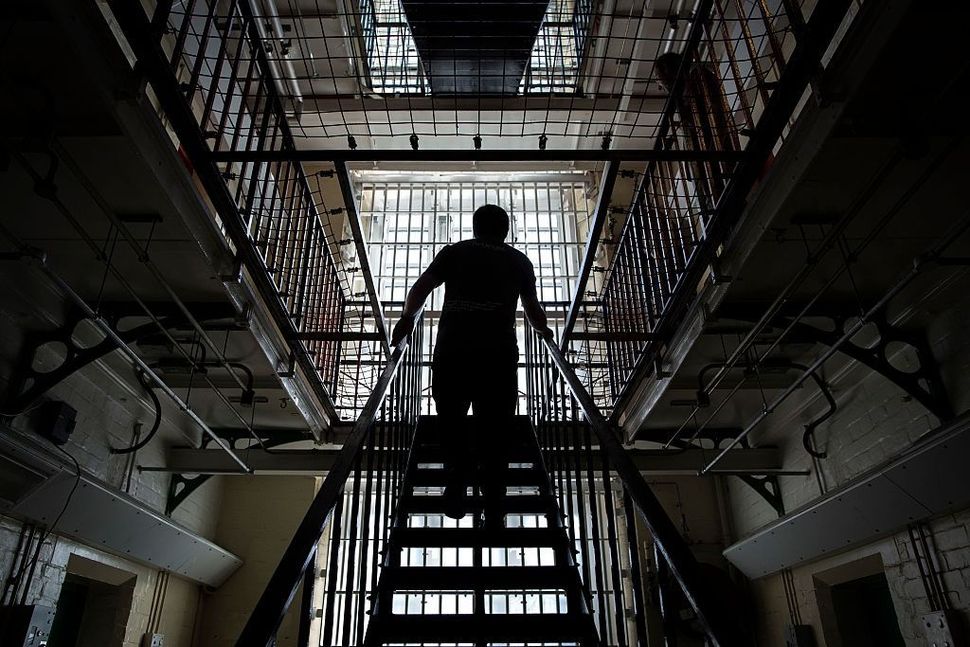 READING, ENGLAND - SEPTEMBER 01: A general view inside the former Reading prison building on September 1, 2016 in Reading, England. The former Reading Prison has opened to the public for the first time, inviting artists and writers in to take part in a new project by Artangel, with works by leading artists including Marlene Dumas, Robert Gober, Nan Goldin, Steve McQueen, and Ai Weiwei. The exhibition opens to the public from September 4, 2016. Included in the exhibit is former inmate Oscar Wildes original wooden cell door, which is on display in the prison chapel. (Photo by Dan Kitwood/Getty Images) Image by Getty Images

On June 19, 1865, the Union army arrived in Galveston, Texas with big news for the thousands of human beings who were enslaved there: They were free! It’s worth noting that these folks had actually been free ever since the Emancipation Proclamation went into effect on January 1, 1863, a full two and a half years earlier. No one had bothered to tell the slaves, certainly not their enslavers, but not the “good people” of Galveston either.

The slaves in Texas were the last in a long line of Africans who would live and die in the servitude of their captors. It was a day many thought they would only see when they died and went to heaven. There was no freedom to be had in this world; even speaking of it could result in a brutal beating or even in death.

I can’t imagine the joy those bondsmen and women must have felt on that day 154 years ago. But I also can’t imagine the anger, frustration, and rage they must have felt when they realized that they’d been living as slaves for all of that time that they were actually “free.” How much more torture did they endure during those two years? Where could they have gone instead of remaining chained to their owners? What could they have done with all of that stolen time?

Whenever I think about Juneteenth, I remember Mae Louise Walls Miller, who, along with her entire family, lived in bondage on a Louisiana plantation until 1963. The family lived far back in the woods, and despite the Emancipation Proclamation, remained in chattel slavery because Mae Louise’s father signed a piece of paper that he couldn’t read in order to ensure that his family had a place to live.

The heart despairs at the fact that this family’s ordeal endured for nearly 100 years after the Civil War ended. How could this have happened? Why didn’t anyone who knew that this was going on speak out and spare this family from their agony? Where were the righteous people in this story?

Jewish history teaches us that those who stand by in silence in the face of injustice are as guilty as the perpetrators of the deeds themselves. As Elie Weisel put it, “Neutrality helps the oppressor, never the victim. Silence encourages the tormentor, never the tormented.” Today, exactly like in times past, the oppressed and downtrodden need allies, those in positions of power and privilege who are willing to speak on behalf of those whose voices are too often drowned out.

Of course, there are those who step up and help us, but there are many more whose silent complicity speaks volumes.

Those Jews who have achieved privileged American lives must not forget that there are others who are still struggling at the bottom. With success comes great responsibility, responsibility to make sure that the playing field is level and that the opportunities afforded to one are afforded to all, regardless of color, religion, gender, sexual orientation, or beliefs.

For many of us in the United States today, freedom is nothing more than an illusion, when it should be a state of mind. When there are more black men still wearing shackles than getting diplomas, when we’re forced to live in conditions that make our children sick both physically and emotionally because nearly 30% of us live below the poverty line, when we’re being profiled in our cars, when we live the way someone else wants us to, and when we die the same way, where’s the freedom in that? And where are our allies to help us say, “Dayenu?”

Blacks and Jews alike share an innate understanding of how fragile freedom actually is.

I look around at our leadership and wonder why there are no more Abraham Lincolns, those who are willing to die for our freedom and our democracy. Dying for our democracy? It’s hard enough to find elected officials who have the spine to stand up to a president who is seemingly willing to destroy all that we have, just to enrich himself and his family or to stay out of prison.

The silence of those around him is deafening. The weakness of his opposition is soul crushing. Where are the leaders who will put our freedom first? Where are the allies of the oppressed today? Who will be the one who stands up and says, “Dayenu?”