Tokenism Is Racism – Except For Jews 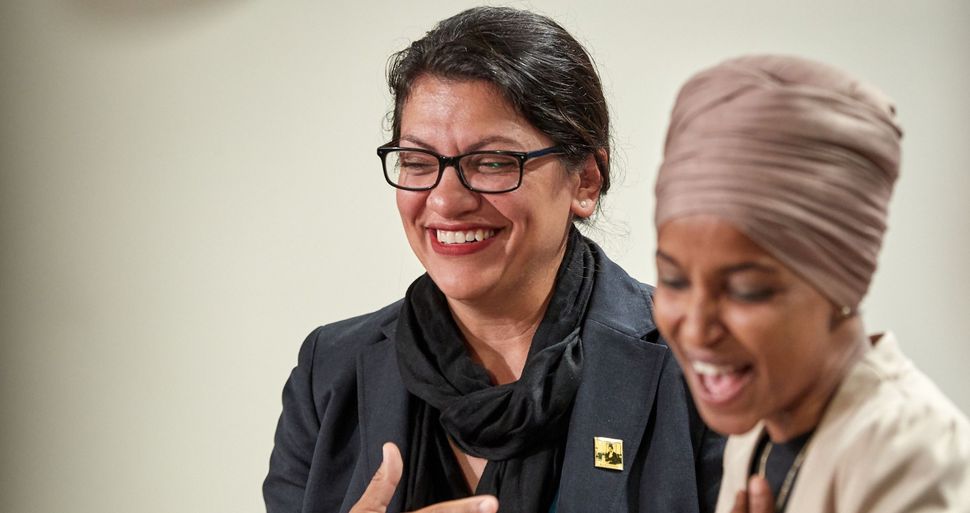 Back in February, a U.S. representative from my home state of Michigan, Rashida Tlaib, pointed out how tokenism is a form of racism. During the Michael Cohen hearings, Tlaib said it was racist for North Carolina Rep. Mark Meadows to use an African American employee of Donald Trump as a “prop” to try to prove the president is not racist.

“That someone would actually use a prop ― a black woman, in this chamber, in this committee, is alone racist in itself,” Tlaib said.

She was correct. Tokenism is a careful cherry-picking of an underrepresented group to give the appearance that the group overall supports your cause. When applied to African Americans, tokenism is racist. When applied to Jews as tokens, it is a form of anti-Semitism.

So when I see members of the Jewish Voice for Peace posing and singing songs with Rep. Tlaib, I feel like she is making an obscene gesture to the mainstream Jewish community. Hand-picking a small group of anti-Zionist Jews, who hold juvenile views of the Israeli-Palestinian conflict, and promoting them as your outreach to the Metro Detroit Jewish community, is the same kind of tokenism she denounced in February.

Inbox: Rashida Tlaib will be spending tonight at a Shabbat gathering w/ Jewish Voices for Peace. It’s a notable choice of Jewish ally for this moment: an org that supports BDS, is fairly marginal in the Jewish institutional world, + is widely seen as anti-Israel in that world.

JVP is just as guilty of exploiting this tokenism. Their headline for their own press release was “Detroit’s Jewish Community Holds Shabbat In The Park With Rep. Rashida Tlaib,” making it appear to the uninformed that, indeed, Detroit’s Jewish community is marching in solidarity with Tlaib. I am not questioning JVP’s Judaism or their commitment, and I believe they should have a seat at the table of Jewish ideas. But to be held up as “the Detroit Jewish community” is simply a lie.

I think I understand Jewish Voice for Peace. I might have even briefly been among them had they existed when I was in college—and then moved on after learning more.

In 1984, when I was a journalism student interning at the Detroit Jewish News, I wore a kafiya given to me by a Palestinian friend to cover the opening of the Holocaust Memorial Center in suburban Detroit.

It was commented on. A lot.

I have to admit, I probably wore it for the shock value. I was just 18 years old and going through an adolescent rebellion phase. That’s normal. Every generation should question the assumptions of their parents. But, then, I grew up, I gained experience, I talked to a wide range of people. I spent a lifetime learning about the nuances of the Israeli-Palestinian conflict. I’m still learning at the age of 53.

But I look at organizations like Jewish Voice for Peace and I see adolescent me, still thinking of the Israeli-Palestinian conflict in a too-simplistic way. JVP still seems to be stuck in the teenage rebellion phase, making obscene gestures at the pro-Israel Jewish establishment—perhaps even for the shock value.

But the idea of questioning all assumptions also holds true for the Palestinian side, and that is where JVP fails the curiosity test. When I was a journalism student at Wayne State University in Detroit, hanging with a Palestinian crowd, I wanted to learn everything. Just before the first intifada in 1987, I had the pleasure of knowing some of the writers at the newly launched Arab-American News. Many of them were students who told me the truth about what Palestinians did to “collaborators,” which was a euphemism for those who wanted peace with Israel.

Rep. Tlaib, by parroting falsehoods about the history of the Israeli-Palestinian conflict, is doing her fellow Palestinians a disservice. She’s blowing a chance to represent voices for peace and change. I wonder how much time Tlaib spends talking to the Palestinian exile community in her district. In the past, I have. There are many in the Detroit area who could tell her about the stifling of dissent in the Palestinian territories. That’s why they fled for their lives.

I urge her to be brave. Be a pioneer. There’s a wide breadth of opinion among Jews, with just this one consensus among us: From Orthodox to Reform to Reconstructionist to Secular Humanist, most mainstream Jews do not promote the destruction of Israel.

There’s a history of the Metro Detroit Muslim and Jewish communities working together on many issues, from helping asylum-seekers to fighting discrimination, to volunteering together doing community service on Christmas Day.

The Detroit area is home to the largest Arab population outside the Middle East, and there has never been much tension between the communities that I can recall. I think Rep. Tlaib is needlessly creating animosity. There are ways she can promote the Palestinian cause without alienating mainstream Jews in Metro Detroit.

Instead, she is promoting what JVP peddles—what is derisively called, on social media, #asajew syndrome, since what follows the pronouncement “as a Jew” is usually something offensive to most Jews.

What does that mean? It means understanding the nuances of the conflict, of retaining historical memory of lost chances for peace. It means recognizing the pain of the other, and acknowledging that there are voices lost.

Rep. Tlaib could be building bridges between the Muslim and Jewish communities of Metro Detroit, and she’s failing. I urge her to reconsider her approach.

Tokenism Is Racism – Except For Jews