This Election, Israelis Are Choosing Between Our Hopes And Our Fears 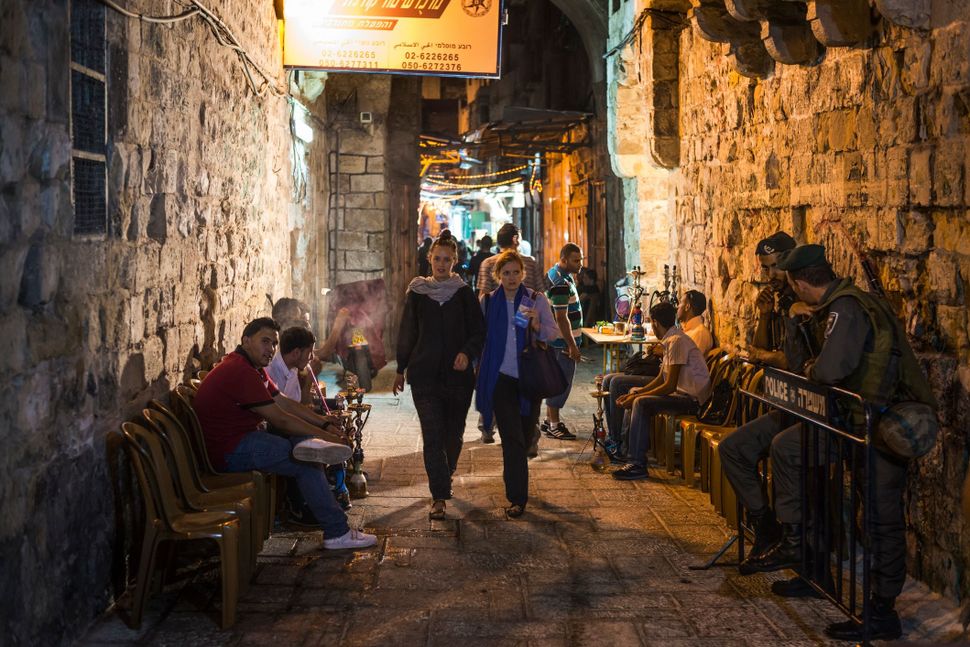 The elections set to take place in Israel on Tuesday are historic, the first time in Israeli history that the Prime Minister failed to make a coalition, sending us back to the voting booth just five months after we voted last.

But in another way, the election could not be more typical of what it’s like for the Jewish Israeli electorate to vote. Put simply, we feel forced to choose between our hopes and our fears.

It’s been a long time since Israelis were able to vote on hope or values.

For some, that hope was killed was after the hope of the Gaza disengagement ended in hundreds of thousands of Israelis in bomb shelters. For others, it was the Oslo Accords descending into the Second Intifada, bombs on buses and in cafes destroying families as well as dreams for peace. For others still, it was the realization that choosing religious parties in politics isn’t the same as choosing to have religion in your life.

And so, we are left voting against what we can’t tolerate — instead of voting for what we hope for the future.

That’s how I find myself trying to choose – from among the least bad choices, rather than for something I can believe in. As a religious woman, people might assume I would vote for a religious party. But with the ultra-Orthodox parties barred to women and loyally serving only their own constituency, and with the protestations and concerns of women ignored, these are not values I can get behind.

Similarly, Bayit Yehudi, the national religious party should in theory be my home, as someone who believes strongly in Jewish nationalism. And yet, they have become more extreme than I am comfortable with.

And Prime Minister Benjamin Netanyahu has become someone I cannot get behind. His rhetoric, his fear mongering and his cynicism is simply not what we need or deserve. He has already recorded messages telling people to come out and vote because the Arabs and leftists have a high turnout rate.

Avigdor Lieberman, who leads the secular, right wing Yisrael Baytanu Party, is liberal when it comes to religion, and favors civil marriage, divorce, transportation on Shabbat and army service for the ultra-Orthodox. Yet those on the left who might agree with him on these issues can’t get behind his ultra-nationalism, and his proposals that seem to run contrary to democratic values.

Even the centrist Blue and White has joined the fear mongering, warning that they are the only ones who can make a secular government.

We live in an intense country. It’s an insecure country, a young country. It was born and raised under fire. It has absorbed millions of people from all over the world, from the former Soviet Union, Ethiopia, the western United States, and the Arab Middle East. The cultures, even among the Jewish population, vary greatly. Very few of us come from countries committed to liberal democracy.

This affects the way Israelis vote, too, which is of course inflected by the cultural lens through which you see the world.

But when your cultural lens and your values include hoping for a better tomorrow, you’re fresh out of luck.

We’re asked to abandon hope that our domestic issues get some attention and not get given away in the back and forth coalition negotiations that seem to kill so much promise and need.

But tomorrow, I will say no to this demand. I refuse to vote based on fear. I do not fear Arab parties in the Knesset. Many of their demands make sense, including a new Arab city, better planning and budgeting, and negotiations with the Palestinians.

Those who support terror have no place in government, nor do those seeking to destroy the Jewish State, but enough understand that the way forward is to work together.

I also do not fear that the state will cease to be Jewish if some cities have transportation on Shabbat, just as I do not fear that the world will end if not all Haredim go to the army — let them work. Let them support their families. Implement civil service that they can do in place of the army.

We can do this if we stop fearing one another and to start listening to one another.

It’s easy to give in to fear. It’s harder to hold out for hope. But in a country whose anthem means — literally — “The Hope”, not giving up is the most important thing we can do.

This Election, Israelis Are Choosing Between Our Hopes And Our Fears