What The Democrats Can Learn From Israel’s Election 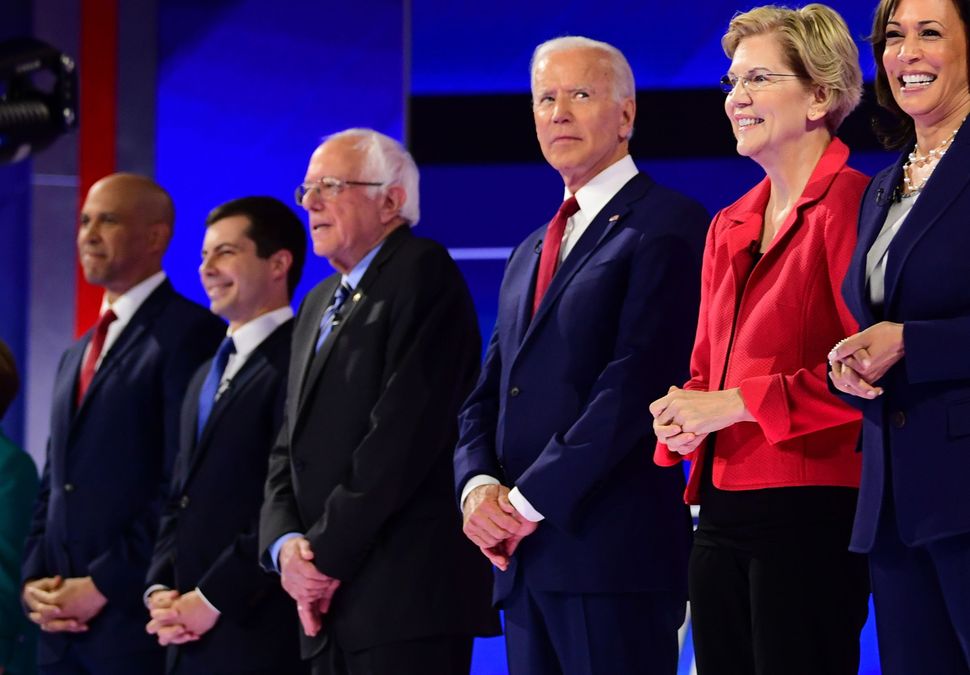 Last week’s Israeli elections presented a golden opportunity for the left, center-left and Arab parties to organize and rally behind a single unified effort. Together, they could have mobilized to secure a firm majority for the forces of democracy and progressive values that the last election in April failed to deliver. Unfortunately, they squandered that opportunity through fragmentation and in-fighting, and instead of ensuring a definitive end to the Netanyahu era, the center-left bloc — like Netanyahu — is now reduced to hoping they can make the numbers and cut the deals needed to form yet another precarious coalition government.

But there are still lessons to be learned from this election. Progressive movements worldwide, especially in an age of mounting right-wing populism and anti-democratic iconoclasm in office, should know that they need to grow their numbers and learn to live with each other a whole lot better than they have been.

This is especially true in America. In the United States, the golden number is 270 — the number of electoral votes the Democratic Party nominee is going to need to send Donald Trump packing from the White House. Without making those numbers, nothing else matters.

In Israel, the key number is 61, the number of seats a political alliance needs in the Knesset to form a government. The left fell short. They should have worked harder to get more secular voters in Tel Aviv to the polls. Instead, voter turnout in the most liberal part of the country was lower during this election than in the most recent one, due to election fatigue and party infighting. The left spent half of the recent 90-day election campaign on internal leadership battles that were both messy and publicly embarrassing. Tweets flew, pitting half of the Labor Party against the other. Ehud Barak, the former prime minister, formed a new party separate from Labor and siphoned off votes instead of bringing the anti-Netanyahu forces together. Tamar Zandberg, did much the same in leaving Maertz. Instead of creating a “Squad” like the freshman crop of Democratic congresswomen in Washington, young opposition candidates Stav Shaffir, Itzik Shmuli, and Nitzan Horowitzeach mounted party leadership campaigns as solo acts. This was, frankly a giant waste of time and energy when their one and only target should have been the man they all agree is a tyrant who needs to be dethroned.

Let this be a lesson to progressives in the United States, that the focus over the next 14 months needs to be on rousing as many as possible of the more than 100 million eligible voters who chose not to engage in the last presidential contest in 2016. The message should not be: Vote for me because I’m a better progressive than that other person. The message should be directed at the electorate as a whole and should be designed to maximize voter turnout, not turn people off.

We Democrats do have seen some awareness that the only adversary that matters is the institution-smashing serial liar in the Oval Office — but there’s not enough true commitment to that fact. It’s fine for candidates to define who they are so voters are clear on their choices, but we don’t need the cheap shots that Julian Castro took at Joe Biden in the last debate, or that Biden surrogate Ed Rendell took at Elizabeth Warren on Biden’s behalf.

Voters need to be inspired, as they do in every democratic system; the risk, as in Israel, is that they will end up repulsed.

It doesn’t take award-winning pollsters to understand how to view past election results in order to determine where turnout needs to improve. Just look at the map, see where you fell short, and put more work into these areas. That’s exactly what the parties of the Israeli left failed to do this time, and what the Democrats in the United States would be fools to fail to do in 2020. Imagine that you look at the 2016 presidential elections, see that you lost narrowly in Wisconsin, Ohio, Michigan and Pennsylvania — and then ignore voters in those states.

In fact, it was the Arab parties in Israel who saved the day. They reorganized, and increased their voter turnout from below 50% to 60%. And a majority of the Arab parties are even recommending Benny Gantz, the Blue and White party leader, to become the prime minister even though he never publicly discussed their issues.

Meanwhile, Gantz made the exact blunder that the Democrats are poised to make; he did not take advantage of the Arab-vote or even talk to them as a signal to his secular voters that would like to see Jewish and Arabs working together to toss-out Bibi. Instead, he pandered to racist, right-leaning voters by completely distancing himself from the Arab parties and hoping he would appeal to conservatives looking for a less corrupt but still palatable alternative to Netanyahu.

Because the Israeli left was not focused on the big picture, it was particularly vulnerable to the sort of scare tactics that have become common in elections worldwide. It did not push back adequately against right-wing charges that the voting system was flawed and their opponents were working toward stealing the election. And it did not push back adequately against the fear tactics and racism used to turn out right-wing voters.

Here in the U.S., this should be a lesson to anyone who wants to get rid of President Trump: We can’t let the election system and timeline be used to divide us.

Here in the United States, the Democrats need to come together more quickly than they have in the past, motivate new voters and build a bigger coalition. We have our own bullying leader desperate to be reelected, and we can’t let him have his way.

Scott Goodstein was external online director for Barack Obama’s 2008 campaign in charge of the campaign’s social media platforms, mobile technology and lifestyle marketing. He was a lead digital strategist on the Bernie Sanders’ 2016 campaign and is the founder of CatalystCampaigns.com.

What The Democrats Can Learn From Israel’s Election