American Jews: Ayman Odeh is Not About You 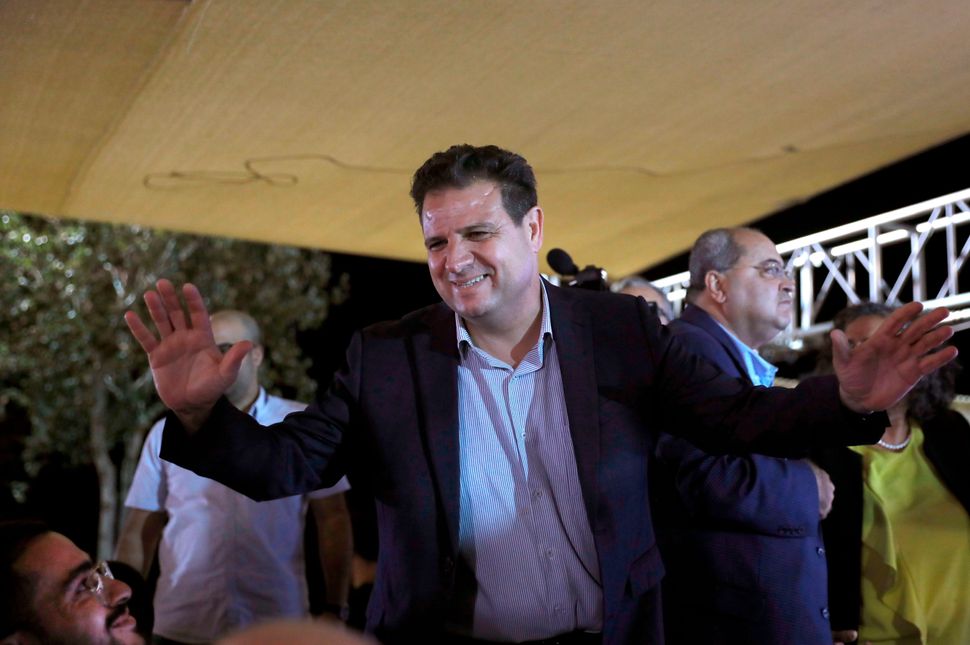 American Jews woke up to history being made on Sunday as Ayman Odeh, the leader of a technical bloc of four Arab-Israeli parties known as the Joint List, recommended tasking General Benny Gantz and the Kachol v’Lavan Party with forming the next government of the State of Israel.

Writing in the New York Times, Odeh pledged that the Arab parties “would be the cornerstone of democracy… to create the majority needed to prevent another term for Mr. Netanyahu,” later tweeting a passage from the Book of Psalms, “The stone cast away the builders becomes the foundation stone,” and it was no small irony that the words of King David were quoted by a Palestinian-Israeli leader to unseat “King Bibi,” a leader whose own racist fears of the Arabs coming to the polling stations “in droves” may ultimately lead to his downfall.

Odeh’s decision was historic. No Arab party since 1992 has backed a Zionist led government, lest that of Benny Gantz, an ersatz Likudnik, a very ideologically-poor man’s Yitzhak Rabin indeed. Furthermore, no Arab party has sat in the majority coalition of the State of Israel since it was established in 1948.

And I found myself with tears in my eyes as I wondered in astonishment, would Ayman Odeh boldly go where no Palestinian leader of Israel had ever gone before? And would he do so alongside General Benny Gantz, of all of Israel’s greater politicians? Would this be Israel’s opportunity to right a 70 year historical wrong, and make Israel’s Arab population a true part of Israeli democracy? Or would they forever remain relegated to minority status and second-class citizenship outside of the Israeli coalition majority?

But my emotional reaction was out of step with the aspirations of many Israeli voters and their coalitional arithmetic, a fact that was brought home to me rather bluntly when I put these same questions to Moshe “Bougie” Ya’alon at a campaign stop for English-speaking Israelis in Jerusalem the week before the Israeli elections, and I was almost booed out of the room by Blue and White supporters.

For starters, while Ayman Odeh has recommended Kachol v’Lavan to President Rivlin, Gantz has not commented on whether he is likely to sit with the Arab parties in return. This scenario seems increasingly unlikely following a summit between Gantz and Netanyahu today. What we could be looking at is simply second-class citizenship by a different name in a Blue-White/Likud unity government, whether or not Bibi is at the helm. At the same time, it’s unclear that Odeh — or all of his bloc partners, which include hard-core anti-Zionist Islamists and secular Nationalists — would even join a government.

Put simply, the contest at the moment is about power, not ideology, even if a major step forward has been taken to bring Arab political clout to the table for the first time in almost 20 years.

And that’s why Ayman Odeh isn’t about us, my fellow American Jews. While we may be verklempt about a vision of Jewish-Arab cooperation and a new path towards peace, this is about the future of Israeli society — where we don’t get a vote.

Moreover, by inserting ourselves into an Israeli process in a do-gooder spirit of diasporic support, we actually run the risk of subverting this rapprochement for both Jewish and Arab citizens. Why? Because Odeh’s political calculations were based on the mandates of only 60% of Israel’s Arab population; another 40% boycotted the Zionist ballot and five million more Palestinians in the occupied territories were denied a voice in their future.

Odeh’s constituency represents only a shaky majority in today’s moment who want to integrate into Israeli society and make hard compromises on issues of identity and policy to have a seat at the table of the political process, including by recognizing the power of the Zionist state and making some kind of separation between the goals of the Arab population in Israel and their brethren in the occupied territories.

There are many others — both within and outside of Israel Palestine — who decry Odeh as an “Uncle Ahmed” and insist on maximalist hardline approaches, even those from afar who don’t have to live with the consequences of their agenda on the ground.

When we make this a conversation of the disenfranchised — especially from the Diaspora, where we do not have the burden of the day-to-day — we risk creating major divisions that may derail the heroic process of bitter compromise for the sake of democracy.

So American Jews, Ayman Odeh isn’t about us. Let us quietly applaud the audacity of his hope, but let him alone make history.

Dr. Sara Yael Hirschhorn is the author of City on a Hilltop: American Jews and the Israeli Settler Movement and the Visiting Assistant Professor of Israel Studies at Northwestern University._Follow her on Twitter @SaraHirschhorn1.

American Jews: Ayman Odeh is Not About You