Critics Of Haredi Schools Are Not Liars. But The Research Shows They Are Wrong. 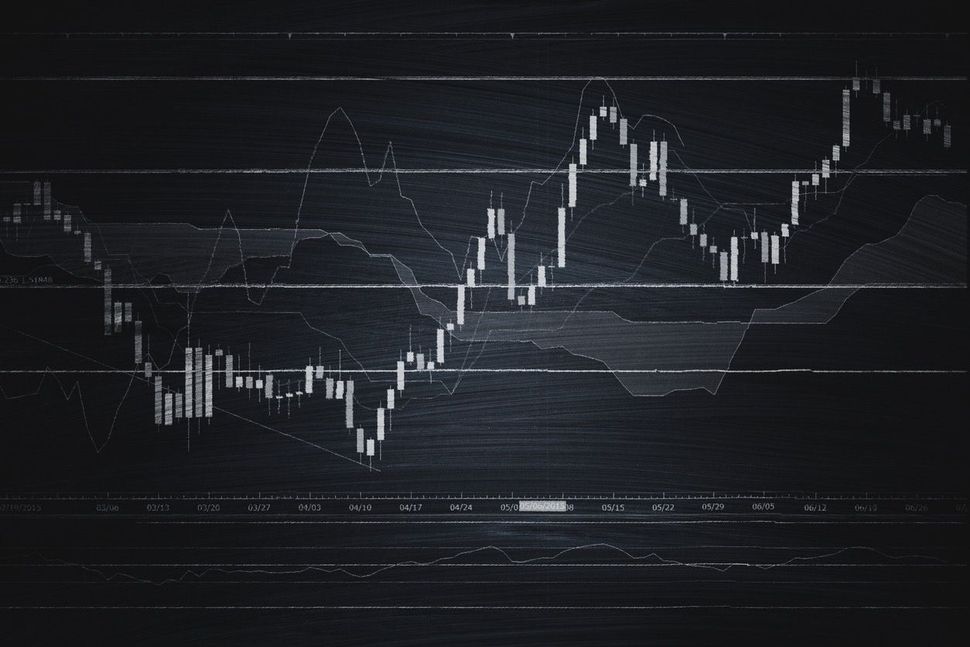 Chalk board, iStock Image by iStock

Last week I wrote an essay arguing that secular education in Hassidic schools is not as bad as it is frequently portrayed. I argued that critics are actually unhappy with Hassidic culture, rather than education.

The response from anti-Yeshiva voices and activists — including a letter from a Yeshiva-graduate — has been as ferocious as it is heartfelt.

As a child, I attended an all Yiddish speaking elementary school that had only a small amount of time devoted to secular studies each day.

I was very happy in school.

I liked my rabbeim. I loved the stuff we learned. I had good friends, and I felt safe and cared for.

I had a friend in my class who had a very traumatic childhood, filled with a great deal of suffering. He was, quite understandably, not the easiest kid in class, and my elementary school did not handle him well — at all.

If you ask him about his experiences in elementary school he will tell you of the torture he received at the hands of cruel rabbeim, and of the misery he endured at this awful school.

Who is right — my friend or me?

Of course, neither of us is right or wrong. We both experienced exactly what we experienced and no more. And our recollections reflect the deep truths of those experiences.

As an academic, the reason that I do research — and indeed, the reason academics in most disciplines do research — is to move beyond the anecdotal experiences of individuals, and to tell a story that reflects a broader perspective. That’s precisely why I chose Haredi education as my subject. My own experience, as valuable as it is to me, says nothing larger about Haredi schools.

In order to answer questions about Haredi education, mere anecdote is not good enough. I may have been happy in school, but perhaps I was an outlier; I may feel that I learned a lot, but maybe that was a function of my own skills, not of the school. Research is needed in order to actually figure out what transcends an individual’s experience.

This is accomplished first and foremost through systematic investigation. This is achieved in a variety of ways depending on the field and the methods used. For some, this systematicity comes through random sampling of populations, controlled double blind interventions, or the systematic analysis of public data. For others, systematicity is achieved through close coding of qualitative data, with multiple coders achieving inter-rater reliability.

Regardless of the method used, conducting research systematically allows the researcher to make claims about the nature of the world with some protection in place against the natural biases of human life shaping the story he or she tells. We can only see the world through our own subjective reality, but empirical investigation gives us a powerful tool, and with this tool we can stand outside of our own personal reality and see the world in a different, more accurate, light.

In my own research, I have found that, when it comes to these Yeshivas, the critics are generally wrong.

Some critics simply don’t know what goes on in these schools; they hear stories about Haredim and innocently assume that these stories are true. Still others indulge in a type of anti-Semitism directed at Haredim, and naturally and reflexively assume the worst about them, believing them to be crooks and cheats overwhelming the populace with unrestrained growth.

But the harshest critics of the Yeshivas have experienced Yeshivas first hand, and have a great deal of difficulty and pain in their lives, in some cases because of these Yeshivas.

Real though their pain may be, however, it is no substitute for research and data, which allow us to take a broader perspective.

And that broader perspective is crucial.

Nearly every Orthodox Jew I meet believes that his or her particular sub-group is providing just the right amount of secular education. The most liberal Orthodox groups look at the modern Orthodox and wonder why they are not doing more to teach about gender, LGBTQ issues, power, and intersectionality. The modern Orthodox look down on the centrist Orthodox for not doing enough to promote Ivy League college prep, and the centrist Orthodox wonder how the Yeshivish community thinks it will survive barely providing enough education to pass the regents. Those Yeshivish schools that still take the regents think they are providing a superior education than the Yeshivish schools that have minimal secular education.

Many Yeshivish people, while agreeing vociferously that the State should stay out of Jewish schooling, nonetheless whisper, “But of course, isn’t it true that the education those Hassidim get is garbage? After all, they can barely speak English!”

And within the Hassidic community, the same dynamic takes place: “Well, we in Sect A have a great education; you should see what they do in Sect B! And don’t get me started on Satmar or Lubavitch!”

Each group speaks as if their own choices and experiences are the natural ones, and everything to both the right and left is absurd. But in reality, the world is bigger than Orthodoxy, bigger than Jewish schools, bigger than private schools, bigger even than American schools. Contextualizing these squabbles in the wider universe simply demonstrates how narrow and myopic these disputes actually are.

It is the researcher’s job to situate their research within this broader reality.

We ask questions about what is normal, and what is not; how people educate in different communities; how communities function to perpetuate religion and culture; what causes poverty and crime, and conversely, what causes charity and kindness.

But most importantly, we gather data systematically and draw conclusions that while acknowledging our own biases stand outside those biases to tell a story that can be relied on by others with very different perspectives.

When I walk into a Haredi school and look at the education students receive, I am looking carefully and systematically at what happens in the school. I am also interpreting what I see through a broad understanding of schools and education in general. How do other ELL classrooms work? How successful are they at teaching English? What skills are valued in academic contexts? In occupational contexts? How might Talmud study compare to other academic endeavors? This allows me to make judgments that move beyond the limited perspective of my own experience of the world.

Despite the accusations of my critics, I do not work for the Yeshivas, the Agudah, or PEARLS, nor was I asked to write anything by them. For more than a decade and a half, I studied Haredi education and nobody was interested. Now that it’s a hot button issue, I felt that I had something to say.

I welcome any and all Yeshiva critics to come speak with me about their experiences. I’m happy to listen and learn. The experiences of those who feel harmed by their Yeshiva education are real. Their suffering is real. I would never suggest that they are lying.

But they are still wrong.

Moshe Krakowski is an associate professor at the Azrieli Graduate School for Jewish Education at Yeshiva University in New York.

Critics Of Haredi Schools Are Not Liars. But The Research Shows They Are Wrong.