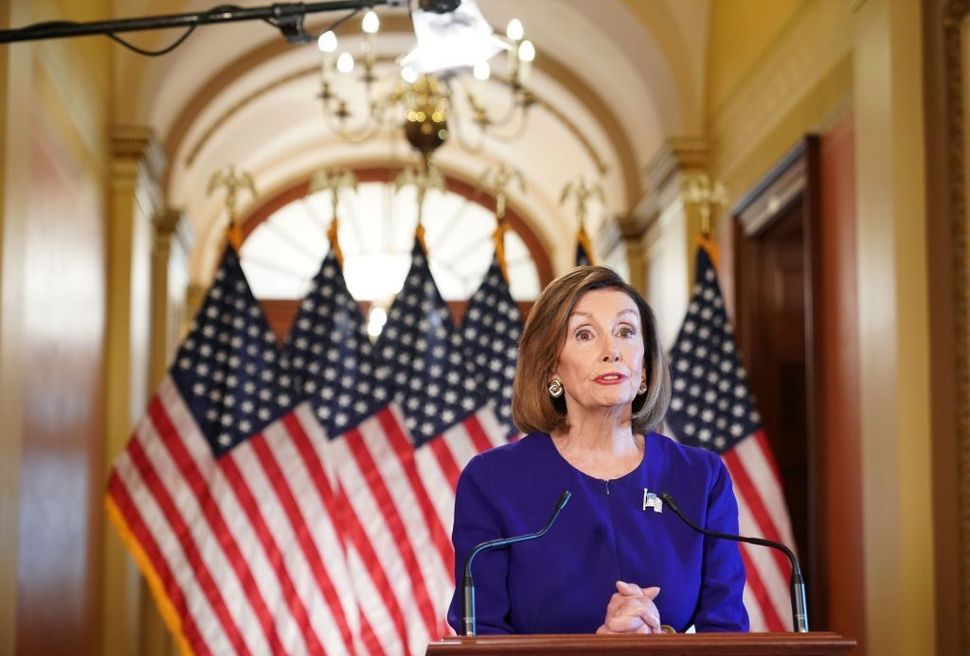 Speaker Nancy Pelosi made the right choice at the right time. In announcing the intention of the House of Representatives to pursue an impeachment inquiry into President Donald Trump, Speaker Pelosi made an important statement on protecting constitutional norms and the nation’s institutions.

By striking at the right time, rather than rushing into an impeachment inquiry upon hearing the wavering and indecisive testimony of Special Counsel Robert S. Mueller III, she is leading her caucus into battle under the optimal political circumstances.

From the start, Pelosi understood impeachment as a political battle with a foregone conclusion: if the House impeaches Trump, the Republican-controlled Senate will acquit him and take umbrage at the attempt to oust the president.

It’s hard not to think of the affected indignation on the part of Republicans when Michael Cohen testified before a House committee earlier this year. They simply refused to accept the obvious — that Donald Trump is a corrupt and manifest embarrassment to the United States. The reaction to impeachment will be the same: cowardly, craven, and dishonest. We are seeing it already.

A journalist for Vox quipped about a repeat of Susan Collins’s prevaricating defense of Brett Kavanaugh, but in truth the votes of one or two Republican moderates will mean nothing; the threshold for convicting a president is a two-thirds majority, or 67 votes. It’s obvious President Trump will not be removed by Congress before his first term ends. The value of impeachment is symbolic, and proceeding only makes sense when that symbolism outweighs the practical political pitfalls, including the risk to House Democrats in marginal seats.

It’s worth recalling the language Pelosi used when she explained why she opposed impeachment in March: “He’s just not worth it.”

The question was always whether he was worth impeaching, not if he was worthy of impeachment, of which there was little doubt. Impeachment does not enjoy majority support among the American public, and launching the process on top of the Mueller Report’s esoterica alone (albeit, damning esoterica) would have been unwise. It was also arguably a morally neutral choice because there was no prospect of the president actually being convicted in the Senate.

Now, however, evidence is emerging that President Trump engaged in behavior once universally regarded as thuggish and impeachable: using the instrument of U.S. foreign aid to pressure the Ukranian government to open an investigation into a domestic political rival — former Vice President Joe Biden, whose son Hunter previously worked in Ukraine.

According to Republican conspiracy theories, the elder Biden sought to have a Ukranian prosecutor, Viktor Shokin, fired because he was investigating Hunter Biden’s role on the board of Burisma Holdings, an oligarch-run natural gas company in the country.

There is simply no credence to this claim, which is why the administration’s refusal to hand over a whistleblower complaint reportedly involving a July 25 phone call between President Trump and Ukranian President Volodymyr Zelensky is so damning, especially now that Trump admitted he discussed the Biden case and personally withheld critical funds from Ukraine (though he denies connecting the two). Almost all of Ukraine’s western allies as well as anti-corruption activists in the country sought Shokin’s firing because, among other things, he was refusing to crack down on corruption, including the very investigation Biden is falsely accused of sabotaging.

In a stunning demonstration of impunity, the White House released a summary transcript of the call that confirmed the central allegation against President Trump: that he sought to influence a foreign leader to investigate a political rival. Predictably, congressional Republicans are continuing to defend President Trump and look foolish doing so. Pelosi couldn’t have picked a better time to launch this impeachment inquiry.

What Pelosi did yesterday was launch an impeachment inquiry, which does not necessarily have to end in the House Judiciary Committee and the entire House of Representatives voting on articles of impeachment. Some progressive critics of Pelosi are still on her case, insisting that she be clearer on the timetable and actions the House will take.

Pelosi is smart to carefully calibrate this process. Invoking the prospect of impeachment clearly signals that the president’s behavior is unacceptable and will not become a new normal for the U.S. On the other hand, Democrats can remain focused on investigations if impeachment seems too risky and unpopular ahead of a presidential election.

If I had to risk a guess, the House will vote on articles of impeachment in the next few months. It will be a symbolic but powerful rebuke to the president. Notes to posterity are important, but they are not a priority above ending Trump’s corrupt misrule as soon as possible. Given the Republican Party’s unstinting support for the oaf, the earliest opportunity is November 2020. Pelosi understands this, and Democrats should get behind her strategy: Yes to impeachment, but with a clear-eyed view of its potential.