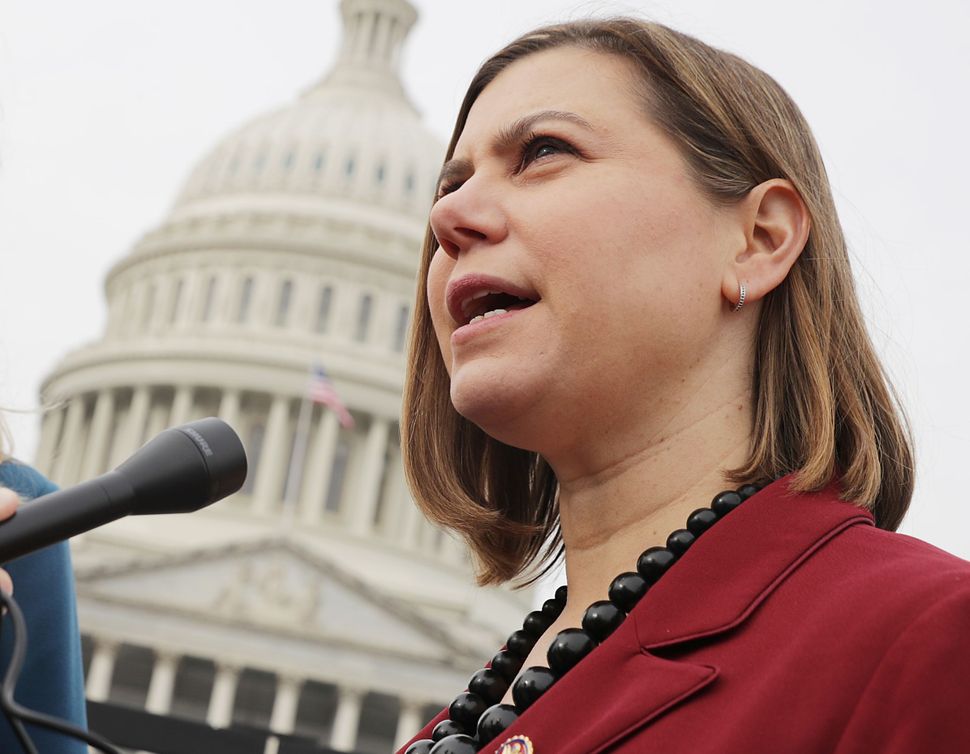 Rep. Elissa Slotkin (D-Mich.) joined the chorus of moderate Democrat voices that have begun calling for consideration of impeachment proceedings against Donald Trump. The latest calls for impeachment come after revelations that Trump allegedly tried to use withheld military aid as a means to pressure Ukraine into investigating Vice President Joe Biden and his family.

Slotkin announced her support for impeachment in an op-ed published Monday that stated directly that “the latest allegations against the President, if true, constitute an impeachable offense.”

“It’s beyond the pale,” she said of the allegations. “It’s a game changer.”

Slotkin has declined to support calls for impeachment since joining the House in January. She famously styled herself as a moderate Democrat in opposition to the progressive group of Democrats associated with Rep. Alexandria Ocasio-Cortez known as “The Squad.” The Times of Israel dubbed Slotkin and her group of fellow moderates the “anti-Squad.” Slotkin is Jewish, as are two other members of the “anti-Squad”: Max Rose of New York and Elaine Luria of Virginia.

Slotkin, a former CIA analyst, made her bona fides with Republicans in her district partially by supporting veterans groups and pledging to foster bipartisan lawmaking in Washington.

Slotki has at times made an issue of Jewishness in her politics. At a Jewish Democratic fundraiser in Detroit in August, she appeared to claim that Republicans have sought to make close ties with Jews simply to use them as a donor base.

“We have, what I believe is a full-on attempt by the Republican Party to grab a different community and bring them into the fold, and I will just be very honest, right, they are not looking for our votes, because we are a relatively small community, they are looking for our donors, right?” she said according to quotes published in the Washington Free Beacon.

In response, the Republican Jewish Coalition said “Congresswoman Slotkin should refrain from denigrating her fellow Jews by saying that they are only wanted for their money.”

In her op-ed on supporting impeachment, Slotkin said that she did not make her decision “lightly,” and framed impeachment as equally important as the economic and healthcare issues she ran her campaign on.

“As a newcomer to politics, I knew in my bones that we as a country were better than what we see coming out of Washington,” she wrote. “And we are. So while I will never waiver in my commitment to working on legislation that impacts our pocketbooks and our kids, it has become clear that in order to make progress on these issues, we must first address the basic functions of our Constitutional system.”