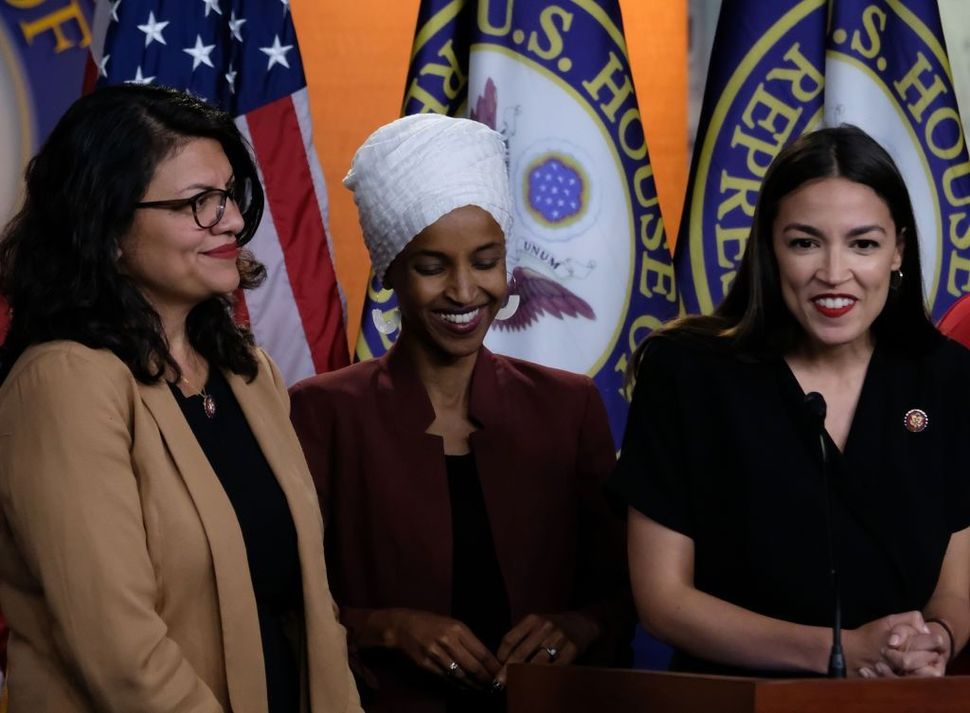 The House of Representatives voted Tuesday by an overwhelming margin to pass a resolution condemning the boycott, divestment and sanctions (BDS) campaign against Israel and to endorse a two-state solution to the Israeli-Palestinian conflict.

The non-binding resolution passed 398-17. Resolution sponsor Rep. Brad Schneider, a Democrat from Illinois, told JTA that the measure’s resounding success shows that support for Israel is a bipartisan phenomenon.

While the resolution also made clear that Americans had the right to petition the government in support or opposition to a particular foreign policy, some Democrats argued that the resolution, which has no force in law, impinged on the First Amendment.

“I stand before you as the daughter of Palestinian immigrants, parents who experienced being stripped of their human rights, the right to freedom of travel, equal treatment,” Rep. Rashida Tlaib of Michigan said on the House floor. “So I can’t stand by and watch this attack on our freedom of speech and the right to boycott the racist policies of the government and the state of Israel.”

Tlaib, the first Palestinian-American woman elected to Congress, was one of the 17 to cast a “nay” vote. She was joined by two other members of “The Squad,” Ilhan Omar of Minnesota and Alexandria Ocasio-Cortez of New York (the Squad’s fourth member, Ayanna Pressley of Massachusetts, voted in favor of the resolution).

Some other notable opponents to the resolution included Reps. Pramila Jayapal of Washington and Mark Pocan of Wisconsin, the co-chairs of the Congressional Progressive Caucus, and libertarian Rep. Thomas Massie of Kentucky, the lone Republican to vote against the measure.

Additionally, 18 members of Congress either voted “present” or did not vote on the resolution at all – ten Democrats and seven Republicans (plus Rep. Justin Amash, who quit the Republican Party earlier this month).

Two of the three Democratic members of Congress still running for president, Seth Moulton of Massachusetts and Tim Ryan of Ohio, were absent for the vote (the third, Tulsi Gabbard of Hawaii, voted “yea”). Speaker of the House Nancy Pelosi also did not participate, although it has historically been common for House Speakers of both parties not to vote on every bill or resolution.