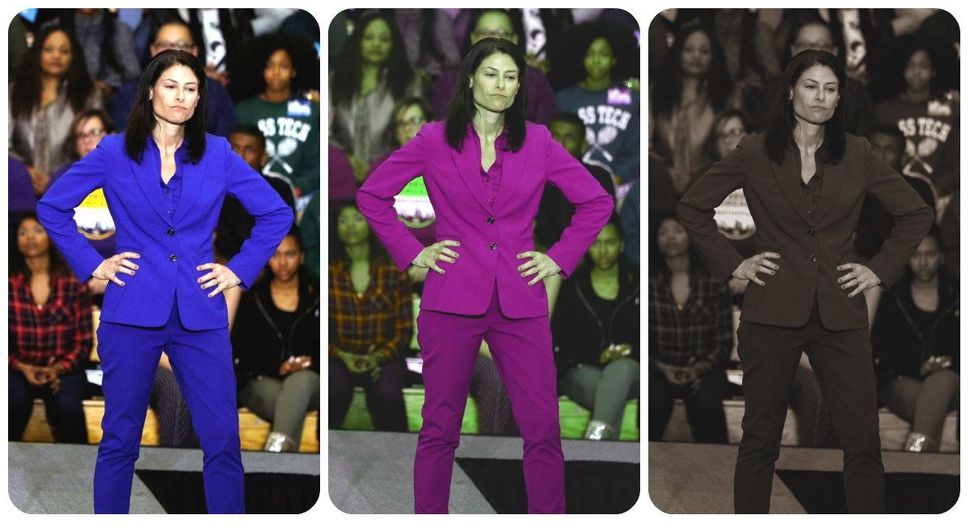 Dana Nessel, the Jewish lesbian lawyer whose underdog campaign for Michigan Attorney General got its first boost with a penis joke, won the job on election night by a small margin in a state that went red in 2016.

“Who can you trust most not to show you their penis in a professional setting? Is it the candidate who doesn’t have a penis? I’d say so,” Nessel said in a viral video put out last November, when the #MeToo movement dominated headlines.

Nessel is the 49-year-old prosecutor who helped overturn the state’s marriage equality ban in 2012. That case, DeBoer v. Snyder, was later consolidated with similar cases into Obergefell v. Hodges, the watershed Supreme Court case that legalized gay marriage in America. She has also prosecuted child abuse cases and, as a private defense attorney, worked on behalf of domestic abuse survivors. She has pledged to take on Michigan’s water crisis.

All this and more: Nessel, her wife, and their twin sons care for, in their words, “various cats.”