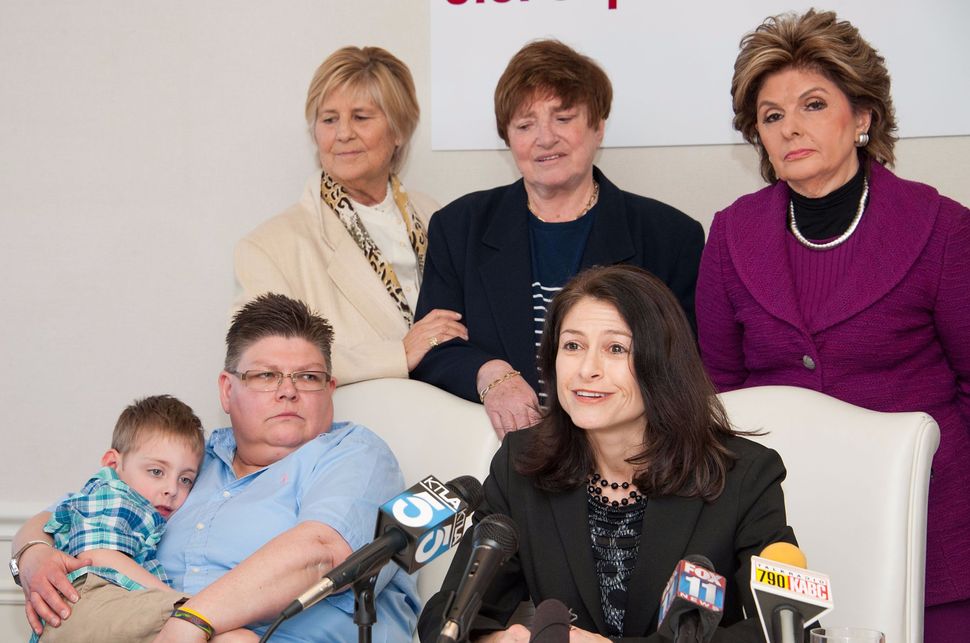 Meet Dana Nessel, the Jewish democratic candidate for Michigan’s attorney general in 2018, who says one great way to keep exposed penises out of professional environments is to elect women into office. In a video for her campaign, the gloriously tough-talking Nessel sits in front of a crackling fire and posits this:

If the last few weeks has taught us anything, it’s that we need more women in positions of power, not less. So when you’re choosing Michigan’s next attorney general, ask yourself this: Who can you trust most not to show you their penis in a professional setting? Is it the candidate who doesn’t have a penis? I’d say so.

Nessel, who makes the instant impression that she is someone who Julia Roberts will later play in a bio-pic, goes on to grab attention (but not genitals) in the ad. She points out that she will likely be on a Democratic ticket that will include female candidates for governor, secretary of state, and attorney general, which sounds like what the “Avengers” movies could be, if “Avengers” movies were interesting or good. Nessel notes that some people say that Michigan democrats “can’t afford” to have an all-female ticket. Narrowing her eyes at the camera, she asks the question that most of us can only tweet:

Nessel’s early career focused on prosecuting childhood sexual abuse cases, and she went on to work with domestic violence victims as a partner at her private firm. She is best known in Michigan for being an early and ongoing champion of the LGBT rights, litigating multiple landmark civil rights cases and eventually winning a case that helped result in nationwide marriage equality becoming legal. In January, Nessel told Detroit Jewish News that Judaism propels much of her work. “I’ve seen a lot of parallels in terms of how Jews and LGBTQ people have been treated,” she said. “It’s really incumbent upon us to help other minority groups who are being oppressed. It’s a responsibility we have; we lose our right to righteous indignation if we don’t help others.”

In the ad, Nessel also took aim at the normalization of bathrobes as semi-formal attire and subtly “flashed” her credentials, saying,

I want to tell you what you can expect me not to do. I will not sexually harass my staff, and I won’t tolerate it in your workplace either. I won’t walk around in a half-open bathrobe, and I’ll continue to take all sex crimes seriously, just like I did as a prosecutor.

She triumphantly concluded, “Yes, I’m a woman. That’s not a liability. That’s an asset.”

It used to be said that a woman should guard her virtue, keeping it protected and unexposed to corrupting elements. Now the warning can instead be applied to the male reproductive organ, which should remain at almost all times carefully shrouded in myth, mystery, and most importantly, fabric.

And while men are busy wrapping up their genitals and a few of their careers, powerful women leaders can emerge, with Dana Nessel leading the charge.