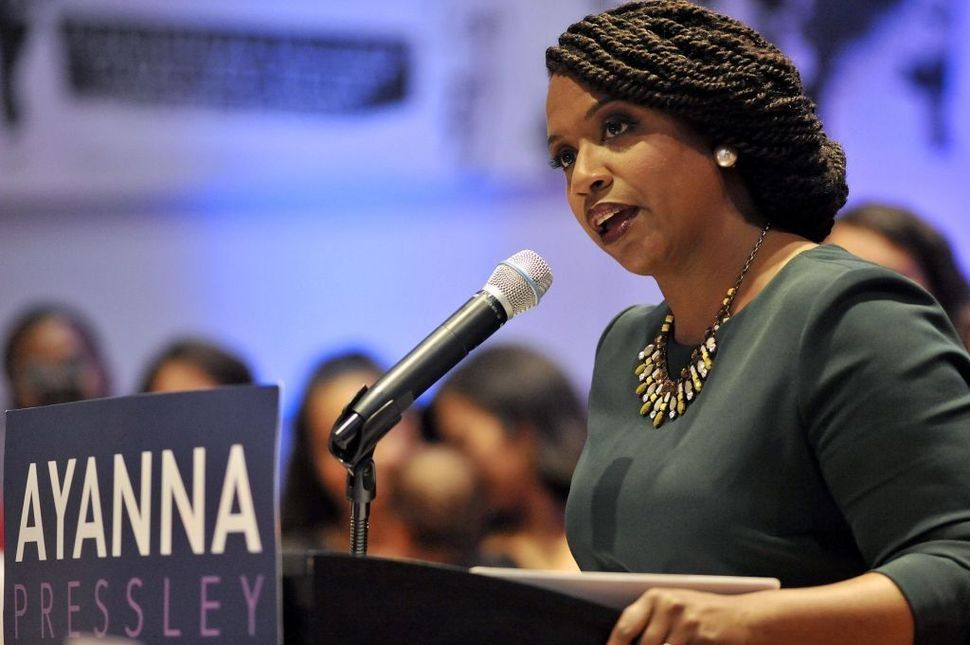 I am one of your Jewish constituents. I live in Brighton, Massachusetts, in the Seventh Congressional District.

Over the past several days, I have become increasingly disappointed and concerned about your silence with regards to Congresswoman Ilhan Omar and Congresswoman Rashida Tlaib. Omar and Tlaib, members of the “Squad” which you are proudly part of, have in the past engaged in anti-Semitic rhetoric. They have also slandered and defamed the world’s only Jewish state. So I was concerned about your membership in “the Squad.” But I became more hopeful when I learned you supported the bill condemning the Boycott, Divestment, and Sanctions (BDS) movement.

But then, on Thursday, August 15, Israel decided not to allow Congresswomen Omar and Tlaib, from traveling to the country, citing a law the Israeli parliament passed in 2017 which prohibited those advocating the boycott of Israel from entering.

Whether or not Israel should have taken this step, Omar and Tlaib’s trip plans were laden with hatred for Jews and their state from the start. The Congresswomen were to travel through an anti-Semitic organization called Miftah, which has accused “Jews [of using] the blood of Christians in the Jewish Passover,” furthering the age-old anti-Semitic blood libel. The group also re-published a viciously racist, homophobic, and anti-Semitic Neo-Nazi text which discusses Jewish control of the media. “But to permit the Jews, with their 3,000-year history of nation-wrecking, from ancient Egypt to Russia, to hold such power over us is tantamount to race suicide,” the article reads. “Indeed, the fact that so many White Americans today are so filled with a sense of racial guilt and self-hatred that they actively seek the death of their own race is a deliberate consequence of Jewish media control.”

Miftah took down both of those articles, but they routinely praise Palestinian suicide bombers, calling Dalal Al Mughrabi — a terrorist who killed 38 Israelis — a Palestinian “national hero.”

At the press conference Reps. Omar and Tlaib held on August 19, Rep. Tlaib dismissed the allegations against Miftah as “distractions” from the real problem at hand: Israel. Omar, meanwhile, used the opportunity to suggest that the U.S. should reconsider providing aid to Israel.

Congresswoman Pressley: as a member of the Squad, I understand the need you felt to release a statement supporting Reps. Tlaib and Omar.

When you attack one of us, you attack all of us. This is about the preservation of our democracy.

But I expected you to condemn the anti-Semitic rhetoric your “sisters” are spouting. I thought you would call out Miftah for its vile Jew-hatred. I hoped you would reaffirm the shared values of democracy and freedom that the United States and Israel stand for. I yearned for your understanding that, just like President Trump does not represent the will of all Americans, not all Israelis agree with or support Prime Minister Netanyahu.

Instead, your statement made you a bystander to the hate and ill-will Congresswomen Omar and Tlaib have for Israel — and for Jews. You wrote that “we should reevaluate our relationships with any country who seeks to ban Americans and threatens the safety of anyone, including government officials.”

And of the backlash against Omar and Tlaib, you wrote, “Congresswomen Omar and Tlaib are my dear friends, my sisters in service and hardworking Americans who have been subject to some of the most vile and vicious attacks simply for being who they are.”

Congresswoman Pressley: Members of The Squad, which you so proudly represent, are dealing a grave injustice to American Jewry. You have a moral obligation to stand up for your Jewish brothers and sisters, especially those in your District. We are pained by your silence, and willful ignorance of the vile rhetoric propagated by your “sisters in service.”

As an American, I am shocked by your silence, and as a Jew, I am outraged by it. And as a voting constituent, I hope you will find your voice.

Josh Eibelman is voting resident of MA-7. You can find his work in the Forward here.