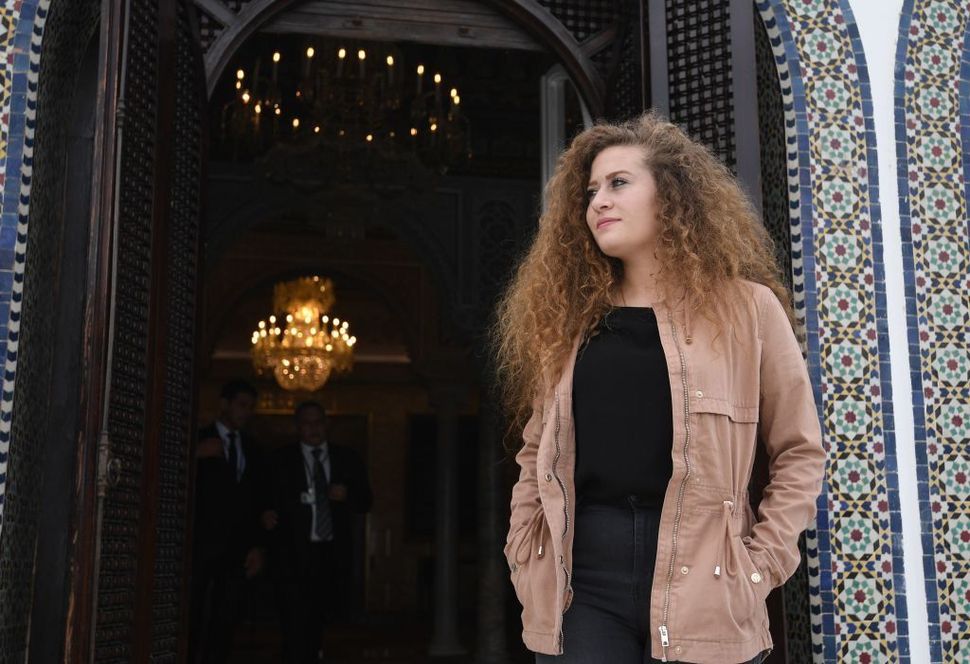 Being a politically active Palestinian woman on the ground in Palestine, I am acutely familiar with the racism built into the Israeli occupation which denies us our basic freedoms because we belong to the wrong social group. But in recent years, I have come to recognize an erasure of Palestinian identity not only from the Israelis who oppress us, but within the ranks of the international community, and even in the way it expresses solidarity. Increasingly, I have noticed moments in which my own very Arab, very Palestinian, very Muslim identity has been erased, not just by soldiers and the media but by politicians and members of civil society — even those who seek to support us.

The incessant dehumanization of Palestinians in Israeli politics is no longer shocking; indeed, it has become emblematic of the Palestinian experience. The last election was replete with politicians like Benny Gantz and Prime Minister Benjamin Netanyahu fighting to outdo each other in their approaches to the Palestinian “problem,” an ironic struggle given that the two men’s approaches were identical; when Netanyahu promised to annex the Jordan Valley, Gantz’s Blue and White Party accused him of stealing their own plan.

But whether it’s Netanyahu explicitly calling for annexing and dispossessing Palestinian lands or Gantz bragging about how many Palestinians he killed in the last war on Gaza, the perception of Palestinians that Israeli politicians sell their voters is that we are uncivilized savages — by Eurocentric standards — making it okay to continue the violations against us.

More devastating is the complicity of the international community in this dehumanization. In a less perceptible, but nonetheless destructive, way, there is an undeniable reinforcing of stereotypes. And no pursuit of justice, equality and peace will be complete without addressing this.

Think of the strikingly disproportionate attention some Palestinians receive over others. Take young activist Ahed Tamimi, or even myself; the amount of attention we get in the international spotlight dwarfs that given to other Palestinians. It’s not mysterious what causes this attention: We evoke some sort of dissonance in the expected image of what a Palestinian looks like.

Media images and coverage of Palestinians amplify the narrative of the dark savages, the blood-thirsty, kaffiyeh-covered, rioting groups screaming in the streets in an incomprehensible language, heard only in loud shouts. These are the portraits curated of Palestinians and their lifestyle, that we are the “uncultivated,“ “undignified“ antagonists of the “new democratic world” that Israel embodies by contrast.

Trying to counteract that image, members of international solidarity movements often tell us we need to be more “relatable,” that we Palestinians need to “humanize” our plight. Regardless of the good intentions, I always wonder what is it that convinces individuals and organizations alike that it’s okay to ask for a struggling people to prove their humanity.

In its evocation of what “humanity” should look like, the international community is actually harming the Palestinian pursuit of dignity and rights. This selective solidarity and mobilization around light-skinned, uncovered Palestinians exposes the racist and xenophobic nature embedded in the so-called “developed” countries of the world as they seek to support us.

It’s something I’ve seen first hand. My own personal experiences as a Palestinian with an ambiguous complexion, with a dress and lifestyle which contrasts with the orientalist, Eurocentric stereotypes of what I should look like, have garnered me support, and even helped me avoid some dangerous situations during confrontations with Israeli forces. Because ironically, the racism embedded in the international community’s approach to us is also a signature aspect of those directly occupying us.

I have been overlooked by Israeli soldiers at checkpoints as less threatening because of my light-colored hair and light brown skin, and the fact that I show some skin beyond my face and hands. I also have a fluent American accent to mask the threat of my Arabic native tongue. I have often been casually waved through checkpoints by Israeli soldiers, sometimes with a smile that recognizes my existence, or even a “Shalom!” — a sign that they mistook me for one of their own. When crossing through the Allenby Bridge, I am always greeted warmly, that is, until I pull out my green West Bank ID, a sign of my worth — or lack thereof — as a human being.

It goes beyond checkpoints. During demonstrations, I’ve watched as the Israeli army racially profiled international activists, separating them out from the locals to arrest them. The arrests mostly worked to discourage activists from joining, but they also made it easier to avoid injuring them while attempting to target local Palestinians — crucial for Israel given the fact that the media fiasco over the injury of an international activist always trumps the injury of Palestinians.

Even in the instances that Palestinians do get media coverage, it is in the form of the passive. We “die” rather than getting killed, and to be named after being killed has become a luxury afforded to only those whose image “humanizes” Palestine.

To have the calls for justice bound to how much we can “humanize” our struggle is to accept the binary view of “us” vs. “them.” This is a contradiction in terms with the justice we seek, because, in essence, it is a rejection of true equality.

That’s why I find this “humanizing” discourse so frustrating. As Israel effectively takes more lands and justifies illegal settlements and discriminatory policies, the international community either explicitly, or indirectly through its own racism, is reinforcing Israel’s tactics and institutions.

It is Palestinians like me that break down the boundaries of “us versus them.” But I am them.

The ongoing framework of generating support on the basis of familiarity has inadvertently created ruptures, both in the way in which I identify with my people as well as the way in which my people identifies with me. What is worse, it reinforces racist perceptions generally, and towards Palestinians specifically.

Palestinian identity is an amalgam of heterogeneous experiences, images, beliefs, and lifestyles. The ability to move forward in our struggle but also in a world that can showcase solidarity and mobilize for social justice more generally, means doing so without demanding oppressed groups make internationals comfortable.

The question we should ask is not how familiar we are to one another, but rather, what we can do to confront injustice, even if it means confronting our own internal racist perceptions.