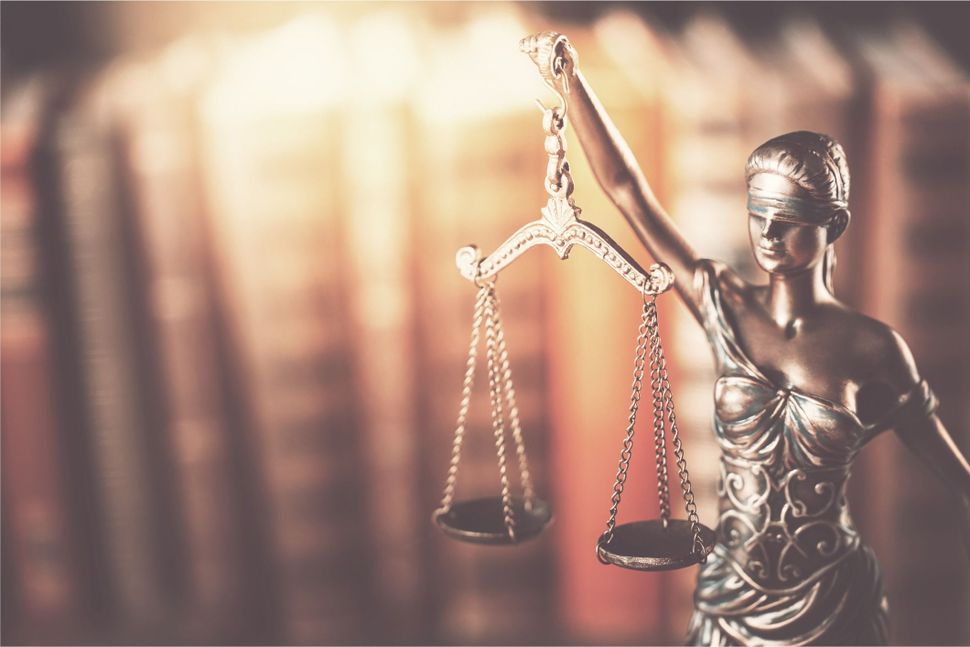 When reports of the White House whistleblower hit the press in September, a colleague joked on Facebook that all us rabbis would have to rewrite our High Holiday sermons.

I panicked; I didn’t realize it was a joke.

But as my heart rate settled back to normal, I realized the joke was just another reminder of how beholden we’ve all become to the vacillations of the news cycle. In the interest of my mental and spiritual health, I’ve long since turned off my phone’s news alert feature. I watch much less TV news than I used to. And when NPR is just too overwhelming, I’m much more likely to switch to music.

But that doesn’t mean I don’t see the updates on Facebook. And Twitter. And hear about them from congregants at the oneg, and the Kiddush, and the adult ed class. Even a poll from Trump-friendly Fox News reported that the rapid-fire information overload of the Trump administration has exhausted a majority of Americans.

One of the by-products of this trend, I think, is the manner in which we’ve all come to consume the news. Instead of hearing or reading news as events with meaning in their own right, we’ve all become miniature political analysts: How will Trump’s tariff war with China affect his poll rating in swing states? Have the negotiations over impeachment affecting relations between Nancy Pelosi and Adam Schiff? Will Trump’s use of a sharpie on a weather map alienate voters in states vulnerable to hurricanes? If a recession will hurt Trump’s reelection hopes, should progressives “root” for one?

Don’t get me wrong: I love politics. Reading the commentary on Electoral-Vote.com is an official part of my morning routine. And yet, judging how current affairs will affect elected officials’ individual fortunes seems to have overtaken our ability to see the news for what it is, or at least what it ought to be, in a democracy: events that call us, as citizens, to make ethical or moral judgments about the fitness of political decisions.

And not just as citizens, but as Jews. Jewish texts are clear that a government is judged by how well it enacts certain values: supporting the poor, honoring the immigrant, protecting the worker, providing for schools, ensuring access to healthcare. Failure to come through on these obligations is an indictment of all of us. As Rabbi Heschel famously wrote, “in a free society, some are guilty. All are responsible.”

Following poll numbers is fascinating. For the oddballs among us (myself included), it might even be fun. But make no mistake: Our job as Jews is not to view politics as sport. It’s to use whatever influence we may have to support Jewish values in the public sphere.

I’ve seen these conflicting impulses play themselves out, most notably, in the current race for the Democratic nomination for president. Of course, I understand the desire to win, and I’m not surprised to see discussions on social media about which candidate is more likely to defeat a president of whom a vast majority of Jews disapprove. Electability is a serious question.

And yet, for Jews, it shouldn’t be the first question.

Calls for pragmatism cannot drown out discussions of ethical fitness and Jewish morality. A nomination process is a time for us as Jews to assert our values, and make a case for the nominee who best represents those values, values that have been in short supply over the last few years. Values like tzedek — social justice, and Shmirat ha’adamah — guarding the earth, and Ahavat ha’ger — love of the immigrant, and Ahavat ha’briyot — love of all humanity. And of course Lo ta’ashok, rejecting the oppression of the weak.

So much of the work of the high holidays is seeing where we pledged to live up to those values, and failed. As we approach Yom Kippur, we’re reminded that the Kol Nidre prayer will be a public expression of the failure of past vows — followed by a vow to do better.

But we can’t assert our values when we’re consumed by the vagaries of political horse-trading, and obsessed with opinion polls. When we think more about electability than integrity.

In the Mishneh Torah, the Rambam prohibits the “use of the smooth language and allurement.” A person “shall not be one thing with their mouth and another with their heart,” the Rambam continues; instead, a person’s “inner and outer being must be the same, for the subject of the heart is the matter of the mouth.”

This moment of American crisis — a moment of misogyny and racism, xenophobia and anti-Semitism — calls not for more cynical political calculation, but rather for the Jewish talent for ethical decision-making.

My Rosh Hashanah sermon topics didn’t change because of the whistleblower complaint. I discussed the power of ritual, and the Jewish responsibility to fight racism — issues that will remain relevant, regardless of who ultimately resides in the White House. And on Yom Kippur, I will discuss the need to be compassionate in our conversations about Israel, and the need to respect and love all the members of our households for who they are, where they are.

And we will ask forgiveness, all of us, for being calculating about our decisions when we should have been clear about our principles. For letting the world wear away our faith that what we do matters. For giving in to callousness when this moment calls our hearts to lead our minds and mouths — taking our Jewish values into the public sphere, voting with our Jewish hearts, standing for righteousness for all people, all of us created in God’s image.

Rabbi Michael Rothbaum is spiritual leader of Congregation Beth Elohim in Acton, MA and a member of T’ruah: The Rabbinic Call for Human Rights. He lives in Maynard, MA with his husband, Yiddish singer Anthony Russell.