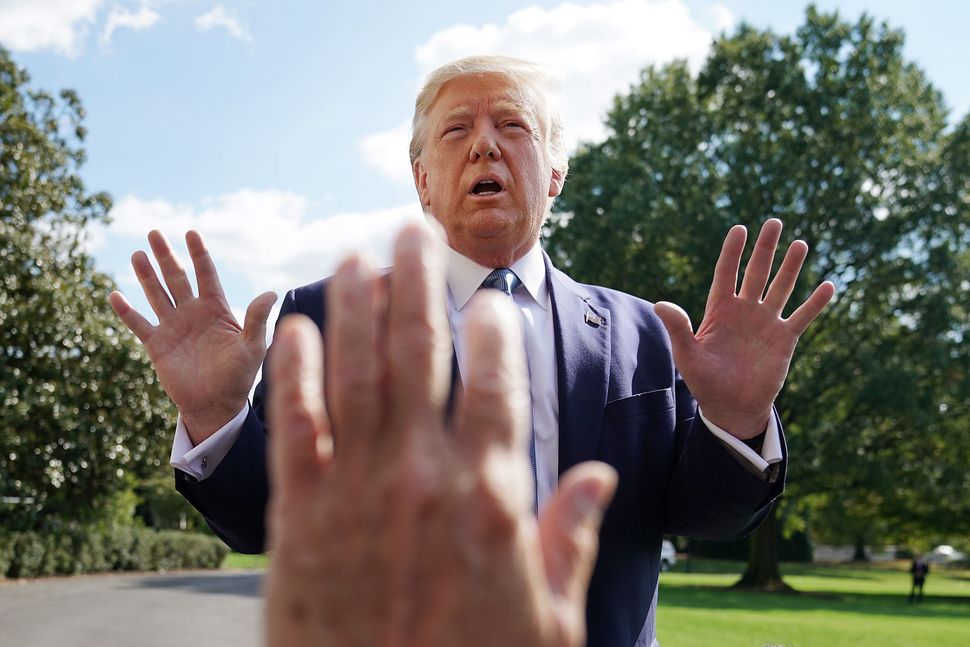 The revelation that Donald Trump withheld American foreign aid to force the president of the Ukraine to dig up dirt on Joe Biden has finally broken the impeachment logjam. We now appear to be moving towards impeachment in the Democratic-controlled House of Representatives charging the President with “high crimes and misdemeanors” for grossly abusing the powers of his office.

At that point, the Republican-controlled Senate must decide whether to remove Trump from office by a two-thirds vote. The trouble is that although many Republicans believe that Trump’s behavior was reprehensible, they may not view his ugly political games as sufficiently egregious to justify overturning the results of the 2016 Presidential election.

There is, however, an alternative that will not force principled Republican legislators to weigh the egregiousness of Trump’s appalling behavior against respect for the electoral process. Both Houses of Congress should enact a Joint Resolution of Censure expressing the “sense of Congress” that President Trump has abused the powers of his office and betrayed his oath to support and defend the Constitution.

Such a resolution is preferable to impeachment both pragmatically and as a matter of democratic theory. As a practical matter, the Democratic House can enact all the Bills of Impeachment it wants by majority-vote, but 67 members of the Republican Senate will never vote to convict Donald Trump of committing high crimes and misdemeanors and remove him from office.

Even if 67 “guilty” votes materialized by magic, the political turmoil that would be unleashed by undoing the outcome of the 2016 Presidential election would further embitter the electoral climate, making it all but impossible to establish a stable post-Trump regime capable of governing. In the end, I fear that the “cure” of impeachment might well turn out to be worse that the “disease” of Trump’s appalling behavior.

A censure resolution condemning Trump’s abuse of power would sail through the Democratic House of Representatives and would, I believe, attract at least 51 votes in the Senate — 47 Senate Democrats, plus at least four principled Republican Senators. Unlike impeachment, which would cancel the results of the 2016 election, a Joint Resolution of Censure would enrich the information climate for the 2020 elections, enabling the voters to pass direct judgment on Donald Trump with the knowledge that a bi-partisan vote in both Houses of Congress had labelled his behavior in office as worthy of censure.

Don’t underestimate the political power of censure. In 1954, a Senate resolution of censure ended Joe McCarthy’s reign of terror. Although there has never been a Joint Resolution of Censure, by my unofficial count, 37 resolutions of Presidential censure have been introduced in a single house since 1800, when John Adams was the target of the first censure resolution. Adams beat it back, but the political fallout played a role in his defeat for re-election. Andrew Jackson was censured by the House in 1834 for keeping information from Congress about his removal of the Treasury Secretary. The ensuing political fallout eventually led to a recognition of Congressional oversight power. John Tyler was censured by the House in 1842 for abusing the veto power. James Polk was censured for lying about the reasons for the Mexican War. James Buchanan was censured for irregularities in military procurement. Abraham Lincoln modified his behavior to deflect a censure resolution. William Howard Taft was censured for meddling in a contested Senate election.

Censure resolutions almost literally rained down on Richard Nixon prior to his resignation. Until now, though, there has never been a bi-partisan Joint Resolution of Censure. It is my belief that this is the way to proceed. It would indict Donald Trump before a jury of the people, who would — and should — have the final say at the polls about whether he continues in office.

Burt Neuborne is the Norman Dorsen Professor of Civil Liberties and founding Legal Director of the Brennan Center for Justice at NYU Law School. His new book “When at Times the Mob Is Swayed” is out from The New Press.