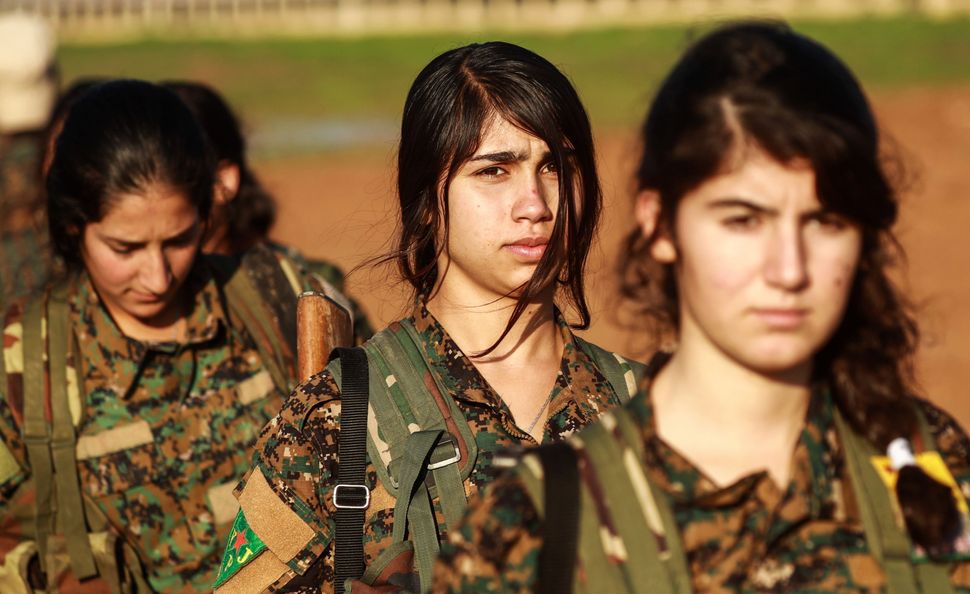 There are three basic reasons why, on Sunday night, the Trump administration announced that US armed forces are abandoning the Kurds of northeast Syria. The reasons reflect brutal logic. That doesn’t make the outcome any more attractive or palatable.

First, President Trump is consistent, albeit with frequent zigzags, about keeping American forces out of conflicts in the Middle East. He wants US troops out of Iraq and Afghanistan. He has inelegantly backed out of defending American interests and allies like Saudi Arabia against a belligerent Iran. Monday morning, in explaining the Syria withdrawal, he called these Middle East conflict zones “Endless Wars, many of them tribal”, adding in caps, “WE WILL FIGHT WHERE IT IS TO OUR BENEFIT, AND ONLY FIGHT TO WIN.”

….almost 3 years, but it is time for us to get out of these ridiculous Endless Wars, many of them tribal, and bring our soldiers home. WE WILL FIGHT WHERE IT IS TO OUR BENEFIT, AND ONLY FIGHT TO WIN. Turkey, Europe, Syria, Iran, Iraq, Russia and the Kurds will now have to…..

To be sure, the Middle East is an ugly place, riven in recent years by widespread revolution and currently — in Iraq, Lebanon and Egypt — by mass riots and demonstrations. Yes, the wars are endless and yes, they are frequently tribal. Yet Trump’s approach to the region will eventually cost Washington dearly. But that is a different story to be told another time.

The second reason for the withdrawal is Trump’s understanding of “benefit” when it comes to Turkey and the Kurds: to get out of Turkey’s way in Syria. Turkey is essentially 80 million people strategically located at the crossroads of Europe, Asia and the Middle East. What’s more, it is in a more or less permanent state of war with its own Kurdish minority and its closely related Syrian brethren. Turkey is threatening to dump millions more Syrian and other refugees on Europe, and it is ruled by the kind of guy Trump likes to deal with: President Recip Tayip Erdogan. Lately, an increasingly non-democratic and anti-American Turkey is buying weapons from its Russian neighbor and cozying up to its Iranian neighbor, signaling to Washington that it had better improve its attitude.

And the Kurds? There are 30 million of them, divided among four countries and two languages, with barely two million of them in Syria, which brings us to our third point: From Trump’s standpoint the Syrian Kurds are no longer useful, and he has zero sentimentality to spare for a brave and beleaguered Middle Eastern nation that is fighting for its survival. Once the Syrian Kurds, working in close alliance with the US, had defeated ISIS in Syria, they no longer brought Washington “benefit”.

Trump “gave” Syria to Erdogan in an earlier phone call many months ago. Today the Syrian Kurds may have a right to feel betrayed, but they should not be surprised.

The game of abandoning the Kurds has been going on for a long time. It started when the League of Nations awarded the Kurds their own state in the 1920 Treaty of Sevres. Nothing came of that noble gesture, not least due to persistent Kurdish disunity and regional and great power machinations. Until Sunday, the abandonment game had culminated in the refusal of all countries but Israel to support a September 2017 Iraqi Kurdish independence referendum which ended in a disastrous setback at the hands of Iraq’s Arab government. Now Trump has written a new chapter.

At the end of the day, there are two basic lessons here for Israel and its supporters. For anyone who has entertained doubts about the need for a state for the Jewish people, the Kurds represent a tragic reminder. They are consistently being abandoned to an ugly fate because they don’t have a country.

The second lesson is that Israel cannot and must not depend on Trump. The cries of alarm in Israel in recent days about a looming security threat do not only reflect lessons drawn from Iran’s (or one of its proxy’s) spectacular attack on Saudi Arabia’s energy infrastructure. The alarms also reflect concern over the precedent set by Trump’s refusal to get involved militarily after Washington’s Saudi ally was the victim of naked aggression from Iran.

From that standpoint, America abandoning the Syrian Kurds is just icing on the cake of Trump’s Middle East non-strategy.

Yossi Alpher is a former Mossad official and former director of Tel Aviv University’s Jaffee Center for Strategic Studies. His most recent book is “Winners and Losers in the ‘Arab Spring’: Profiles in Chaos”.