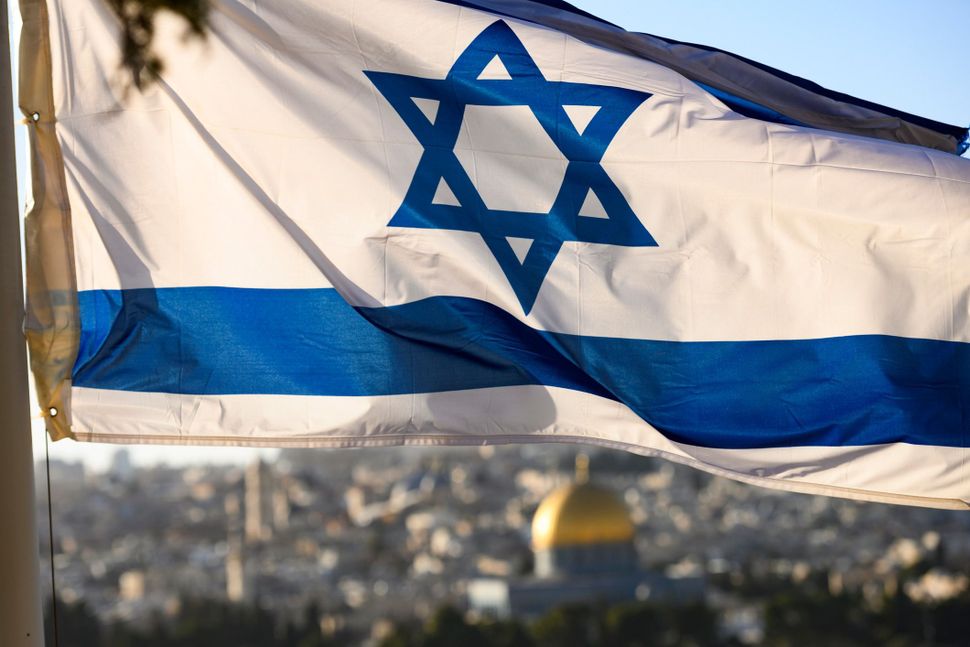 On Wednesday, the American Jewish Committee released a survey of American Jews’ opinions about anti-Semitism. It’s a case study in how to obfuscate what American Jews actually believe.

The AJC, like many establishment American Jewish organizations, tends to depict anti-Semitism in the United States as emanating roughly equally from the left and the right. Thus, in a USA Today oped about the poll, the AJC’s Avi Mayer wrote that “majorities of American Jews affiliated with both parties view the far right, the hard left and extremism in the name of Islam as anti-Semitic threats” and that, as a result, Jews on the left and right must “confront…the sources of hate within their own political camps.”

That’s misleading. The poll actually shows that American Jews see right-wing anti-Semitism as the far greater threat, which makes sense given that Jews overwhelmingly vote Democratic and last year saw a white nationalist commit the deadliest anti-Semitic massacre in American history. 49% of American Jews say the “extreme right” represents a “very serious threat.” Only 15% say the same about the “extreme left.” When the AJC asked American Jews to rate, on a scale of one to ten, how much responsibility each party bears for the “current level of anti-Semitism,” 54% of respondents gave the GOP a score of seven or above. Only 18% said the same about the Democrats.

For the AJC, these numbers are a problem. They’re a problem because, on a fair reading, they would require the organization to devote most of its resources to battling the anti-Semitism of the right. But the AJC wants to be bipartisan. More importantly, part of its mission is to defend the Israeli government against harsh criticism and external pressure. Since that criticism comes mostly from the left, defining it as anti-Semitism allows the AJC to pretend that its work against bigotry and its work on behalf of Benjamin Netanyahu are one and the same.

The poll tries to do exactly that. First, it asks respondents whether they view the BDS movement as anti-Semitic. It does so without explaining what the movement is. It never mentions the movement’s three demands: that Israel return to the 1967 lines, give “full equality” to Israel’s Palestinian citizens, and allow Palestinian refugees and their descendants to return to their homes. Asking what American Jews think about BDS without defining its goals is like asking what they think about “Medicare for All” without explaining what “Medicare for All” would do.

Luckily for the AJC, the poll asks another question designed to prove that American Jews fear the anti-Semitism of the left. It asks whether American Jews consider the statement, “Israel has no right to exist” to be anti-Semitic? 84% of Americans agree that, yes, it is.

But the phrase “right to exist” is deeply loaded. It’s a formulation that evokes deep-seeded, post-Holocaust fears about Jews losing their, individual, “right to exist.” The real question is whether Israel has the right to be a Jewish state that holds millions of Palestinians as permanent non-citizens under military law.

The appeal of the two state solution, for many Jews, was that it would allow Israel to remain a Jewish state—a state with a special obligation to protect and represent Jews—while divesting itself of control of millions of Palestinians who lacked basic rights. Living alongside a Palestinian state in the West Bank and Gaza Strip, Israel could be a Jewish state that offered citizenship to all the people, irrespective of ethnicity and religion, within its domain.

But as the prospects for a two state solution have grown more remote—mostly because of relentless, government-subsidized settlement growth in the West Bank, Israel increasingly faces a choice between different versions of one state.

In version number one, it ratifies the status quo, and becomes, formally, one state in which millions of Palestinians in the West Bank and the Gaza Strip (yes, Israel still controls Gaza) are subjects, not citizens, of the country in which they live. In version number two, Israel grants those Palestinians citizenship, which means the end of Jewish political dominance and the potential end of Israel as a state that offers special privileges and protections to Jews. Version number two, which key BDS leaders support, is what the AJC means by Israel losing its “right to exist.”

Is it anti-Semitic to support one state between the Mediterranean Sea and the Jordan River in which everyone lives under the same law? Is it more bigoted than one Jewish state that holds millions of Palestinians as permanent non-citizens under military blockade and military law?

Had the AJC asked those questions, my guess is that it would have discovered that American Jews are divided. Most want Israel to remain a Jewish state but many are also instinctively drawn to the principle of equality under the law.

For years, Israeli leaders like former prime minister Ehud Barak and former Mossad chief Meir Dagan have warned that Israel might one day face the choice between being a binational, non-Jewish, state and a Jewish “apartheid” state. It is that choice, which may not be upon us yet but looms ever closer, that the AJC poll evades.

What will American Jews do if forced to choose between Zionism and democracy? The lesson of the AJC poll is that the American Jewish establishment doesn’t want to find out.

The Forward is collecting real stories about living with anti-Semitism from readers, in response to the AJC survey. Add yours here.